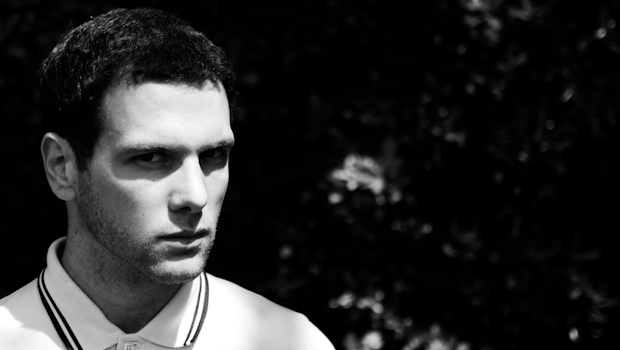 UK producer Mumdance, aka Jack Adams, is helping redefine British bass in 2015. We ask him how…

British producer Mumdance aka Jack Adams is a key player on the cutting edge at UK bass.

As a studio hand and DJ par excellence, he pulls in the sharpest, grittiest strains of grime, UK funky, garage and old school jungle and hardcore to inform his expansive, yet hard hitting sound.

After an early beginnings with Diplo and MC Jammer, Jack went back to the drawing board to recut his music and make electronics he believes is a far better reflection of him. The Mumdance sound is one taking in increasingly broader palette of sounds if 2015 is to go by so far. He’s already connect with new grime mouthpiece Novelist, released an experimental electronic LP with fellow auteur Logos, worked with dubstep don Pinch and released a mix for London club Fabric taking in a dizzying array of styles. We caught up with this hyperactive producer to find out where he's taking Mumdance next…

My first epiphany was when I heard my first hardcore track. I borrowed a tape pack off my mate’s older brother and it just blew my mind. I was about 12, got a paper round and started saving up for belt drive decks. I was just spending all my money on records from then on.

Before that I was really into the Amiga computer. That laid the foundations for me as all the old computer soundtracks were very ravey. The other ‘moment’ was the first time I went to Fabric. I saw the laser in room two and it totally blew my mind.

Did you always want to make music?

I was historically the DJ at parties, then became a promoter for a night in Brighton. Their office had a studio and it was cool to just be around that. I got a copy of Fruity Loops, learned how to use Logic and progressed from there.

Initially I was doing it for my own amusement. But I got a job at Vice magazine as their events manager – about 2006 – and they released this record by the Black Lips. I ended up hooking up with Jammer and doing a bootleg of this Diplo remix of one of their songs. Then MySpaced it to Diplo thinking nothing of it. He got back to me within a week and started asking me to remix all this stuff. I wasn’t ready for all the attention. But I did about 15 remixes that year. It was all very of the moment and after a while I realised that I wasn’t keen on the direction I was going in. I had ideas but wasn’t good enough to get them out onto the sequencer. I just needed to make better music for my own sanity.

So how did you return from that?

I went back to the drawing board and spent two years building a studio and learning how to make music from scratch. I was very lucky the first time I came through but this time I feel more sort of self-assured. The music I’m releasing now is a better representation of me and what I want to communicate with people.

I started on more mainstream side of things, but have ended up going more underground – it’s a weird career trajectory but for a bit Mumdance was a dirty word.

You’ve just finished the latest Red Bull Music Academy - what did you get out of it?

The main thing was being around the other participants, who’d come from all over the globe. Regional music and culture has always been something that’s interested me a lot, in terms of music backgrounds and where people come from. The lectures are inspiring but the actual participants I found even more inspiring.

Is that what drew you to it in the first place?


I think for any electronic musician it’s like a dream ticket. Initially I thought RBMA was just an events series rather than an actual academy. I had just seen it at festivals. It’s great despite a gruelling application process. It’s definitely worth the effort trying to get in.

Are there any things artists should think about before hooking up with brands like Red Bull?

I never see it like that. They’re just doing really positive things. Red Bull land in a city, they build a studio for the people who live there to use. They think about it very carefully and are very respectful to the host city.

In this digital age, all the lines are blurred. Red Bull are leaving behind a trail, building up a heritage of music. I can’t fault it. If it takes a drinks brand to do this, then that’s cool with me as I think the results are excellent. I’ve got nothing but praise for the whole system.

Grime MC Novelist and I have just released an EP on XL – two vocals and two instrumental tracks. The beats are so spacious so I’ve had to change them so they stand on their own. The idea with Novelist is that he’s right at the centre of it and the beats are just like fireworks going off around him.

Then Logos and I have done an album coming out on Pinch’s Tectonic recordings called Proto. The idea is that we take inspiration from the times before. So like bleep was before UK techno. Proto jungle – before that came in people were making all this weird hardcore. Those brief periods of flux where there aren’t any rules and people are making weird music for themselves. We’ve basically got a nineties rave studio and we’ve used the same old equipment they’d use back in the day. By using the old hardware, we’ve got the mood of the old sounds but trying to carry on the view that it’s future music and still twist it into something new.

My Fabric mix is also now out. It’s supposed to represent my past, present and future. Over the past few years I’ve been delving down a more experimental rabbit hole and the mix tracks that journey.