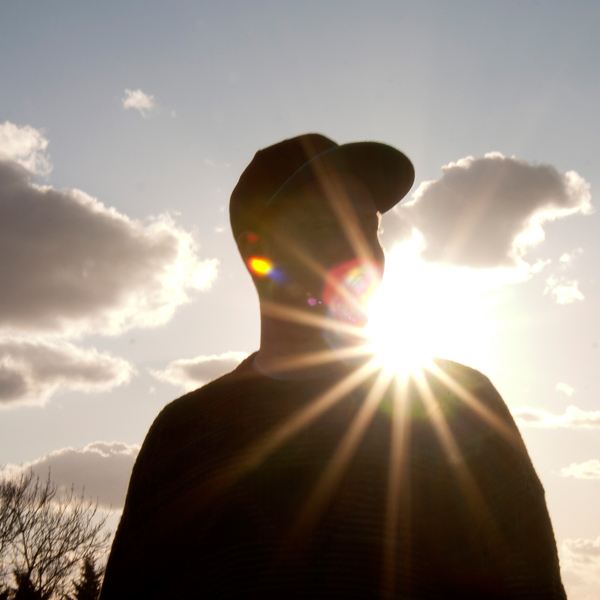 ‘The underground is more energised than ever’ - producer, DJ and NTS Radio jock Mr Beatnick tells us how it is in the dance in 2015…

His trajectory towards the limelight has been slow and steady but has secured him a reputation as one of London’s most under-rated producers and DJs. During the late noughties he released on labels like Far Out and Altered Vibes, and contributed remixes for artists like Azymuth and Atjazz, but it was the epic, series of Synthetes, Sun Goddess and Savannah, released on the Don’t Be Afraid imprint in 2011, which was his breakthrough.

Mr Beatnick’s latest release – Formed in the Stance – is arguably his best work to date, showing off a new thirst for the floor. At the same time, his NTS Radio show is going from strength to strength picking up plaudits from the likes of Four Tet, Gilles Peterson and Jamie xx. We find his love for underground beats and bleeps burns brighter than ever…

How did you first get into music? Was there a moment or song which made you fall for it?

I always shout out Marrs and Pump Up The Volume from 1988. That’s the song that made me want to “sample” records, even though I didn’t really understand as I was only eight. I just liked that everything-but-the-kitchen sink collage of different sounds.

I don’t think anyone really sets off wanting to produce records in their bedroom – when I was a kid the technology was more primitive so it wasn’t an option. I just wanted to scratch records like Jam-Master Jay from Run DMC, or play a funky bassline and rap along to it like the Beastie Boys. I started off learning instruments, teaching myself piano and guitar, and everything ran from there. Now it’s 2015 and I’m surrounded by analogue keyboards and rack-mount high end music gear - it’s been a logical continuation of the same obsession and curiosity.

How does the creative process work for you?

I usually just jam everything - find a texture I like, layer some sounds on top, play some keyboards, program something on a sampler or MPC – I try to just let it flow and let the track dictate its own direction. When it works it’s great but most of the time I end up with a lot of unfinished eight bar loops. I wish there was more of a concrete ‘way’ sometimes.

Where do you make your own music? Have you a dedicated studio set up?

Yep, I have a room - it’s not the best sound but I’ve really got used it. Sometimes when people come round they can’t understand why the speakers are so far apart and why I’ve it set up like that, but it works for me – I suppose it’s partly a DJ booth, partly a studio setup, partly an analogue synth jam room. Recently I’ve rewired everything so I can now send signals from the desk through different kinds of analogue processing – into tape cassette, reel to reel, then back into different kinds of delays and reverbs – that’s really opening up some new composition options.

Until recently I used the worst soundcard and worst computer you could get – a 2003 Windows XP machine – and it was fine for years, so actually I think it probably doesn’t matter that much! It took me 10 years of making records to outgrow that machine.

It doesn’t really get any easier – but maybe the more your style emerges, the more you know what you’re trying to do. It’s hard at the start when you really don’t have a clue what your style is or how to work the machines, how to edit, how to get things in time. Once you have a sense of what makes up your musical identity, that confidence makes things easier.

Formed in the Stance is your latest EP out via Don’t Be Afraid. - could you explain a little about the thinking behind the EP?

Generally I just make what I make - I don’t usually spend time thinking about where it’s necessarily going. With Formed In The Stance, the tracks definitely share a lot of similar qualities, I did try to do something a bit different with this record compared to the last series, which was called The Synthetes Trilogy, which was more rooted in disco, early house and rave music. This time I wanted to create something that reflected my interests in jazz, soul, broken beat, but also the stripped down style of labels like Relief Records and Dance Mania, as well as contemporary acts like Night Slugs. I guess the balance is an acquired taste but I’m really thrilled by the response – Ben UFO and Joy Orbison playing the title track on their recent Radio 1 Essential Mix was definitely a career highlight for me.

I went swimming in the Aegean Sea the other week, that was about as inspiring as it gets. Not to sound too much like Yoda, but inspiration strikes in its own time, you can’t go looking for it.

Are there any other artists out really doing it for you?
Mr G, Paul White, Lukid, Adam Oko and BNJMN are some of my favourites. I do a monthly show on NTS radio and can never fit all the music in I want to play.

Probably the legendary Rex club in Paris – I had a fantastic night there with Harvey Sutherland and Mad Rey and the DKo crew. One for the history books – the system is incredible and the crowd are super energetic. Glad I’ve ticked that off my bucket list.

From your perspective, is dance music currently in good health?

I’d say the underground is more energised than ever. Major label A & R is incredibly boring these days though. Just listen to all the identikit rubbish you hear on Nick Grimshaw’s breakfast show on Radio 1 – why can’t the majors up their game a bit? The kids love house music, so sign some good stuff from the underground like they did in the late eighties.

To be honest, I don’t worry about the state of dance, I just focus on what I’m doing, it’s the only way to get yourself moving, otherwise things might get depressing. Who cares what lowest common denominator stuff those beige acts are pushing! Apart from the Chemical Brothers, who I will always have a lot of time for - they’ve had an incredible run.

Have you any top tips for new producers?

If I were speaking to a younger version of myself, I’d advise the following – don’t worry about trends or fads. Don’t worry about being relevant. Don’t waste time trying to suck up to people or harass big DJs to play your records. Don’t be bothered by the in-crowd. Just get on with doing what you enjoy – these days you can build an audience gradually online. The only currency that matters in this era is the quality of ideas. The rest is noise.

The Formed in the Stance EP is out now. Check out the title track below.