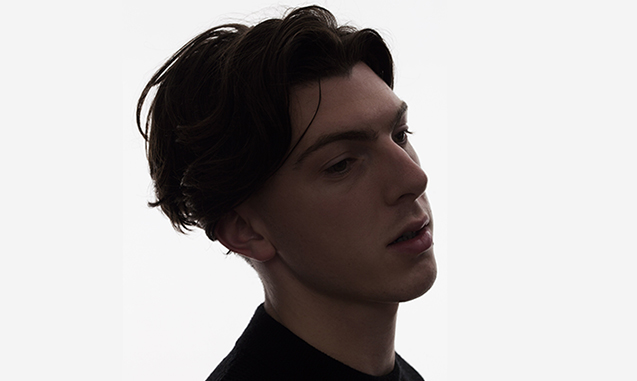 MMOTHS is 22-year-old Dubliner Jack Colleran, an electronic soothsayer who uses nature, relationships and late night glitch as his muse. We learn more about the making of his shimmery debut LP...

MMOTHS is the moniker of 22-year-old Dubliner Jack Colleran, an electronic soothsayer who uses nature, relationships and late night glitch as his muse.

He first arrived aged just 18, when the lo-fi perk of Blisters and Summer turned heads heads on both sides of the Atlantic, including label and management company SQE Music.

Following support slots with The xx and Aphex Twin, plus a slow stream of shimmery electronic reveries, Jack finally dropped debut album Luneworks earlier this month on Because Music.

At 44 minutes long, the record offers a post-club collage of nocturnal textures that ebb and flow from dismembered ambience to off-kilter techno.

There’s loads in there: from the gentle repetitions of William Basinski and gritty synths of Boards of Canada to the shoegaze template of My Bloody Valentine and Slow Dive, Jack casts his musical net far and wide to draw his rapturous inspirations.

We recently spent some time with him to learn more about the record, his Irish roots and his love of Kevin Shields…

What music did you grow up listening to?
Playing piano was the only real insight into music I had when growing up. It was only when I got into my teenage years that I started discovering music for myself. I was drawn to noisy guitar music and stuff like that, I guess because it was so far away from anything I was familiar with.

How did you first get drawn into making electronic music?
I got into making music mostly due to boredom. Never really with the intention of creating anything for anyone else to hear.

You signed a record deal really early on – what was that like?
It's a pretty strange experience leaving school and not doing what everyone else is doing, because of that it was quite lonely at times but looking back I wouldn't change anything.

You’ve supported massive acts like The xx, Aphex Twin and At The Drive In – what was that like and what did you take away from it?
Touring with The xx a few years ago was definitely a big learning experience. I was still pretty young at the time so touring with crews like that and working in those kinds of venues really forces you to get your head on straight.

It’s been four years since you first started releasing music as MMOTHS – how long has Luneworks been in the works?
For the past two years. It took a long time for me to get to a point where I felt ready to write the record.

What’s the thinking behind it?
I didn't really start working on it with anything in mind. It revealed itself as it was written.

How did the tracks start life?
I started writing the demos here in Dublin and then decided I needed to get out of there to develop them further. So I spent two months in Los Angeles working on them.

How do you know when a song is finished?
I'm not sure if I can tell if a song is totally finished. I think there's just a time when you realise that you have to stop and let go of it.

How do you think your has your sound evolved since your first EP?
It's definitely become more dense and focused compared to the older stuff. I find myself spending more time refining and tuning these days.

What does your studio look like and what’s your favourite bit of kit in there?
My studio is a big white room. My favourite thing in the studio is probably my Lowry theatre organ.

What or who have been your biggest musical inspirations?
Kevin Shields. The way he works with noise and textures is always a source of inspiration.

What was the last record you bought?
Piracy Debts - I Like Ur Industry on Major Problems, an Irish label with some really great releases.

What’s your favourite sound?
I really love the sound of hairdryers.

What’s next for MMOTHS?
We've been in the studio working on the live show the past few weeks so I'm excited to start touring the new Luneworks show.

Luneworks is out now on Because Music.