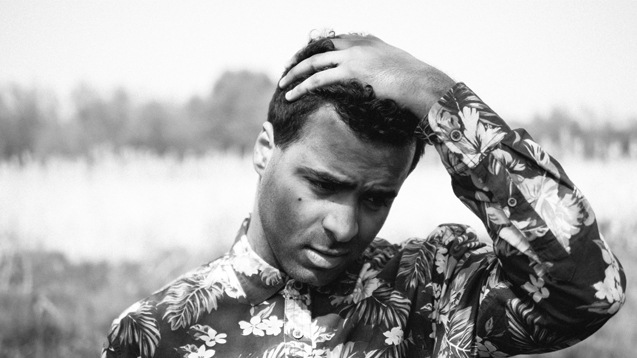 Mirror Signal’s Herculean Task EP is the best introduction to the artist, four tracks distilling his love for soul, funk and bleeps into a weight whole.

It’s this release which has garnered him support from Gilles Peterson and Jamie Cullum, which led to the latter picking him to play at this year’s Montreal Jazz Festival as part of the BBC Introducing and PRS for Music Foundation live showcase. We delve into his musical journey to date and what he expects from Canada...

In year five at school I learned Mary had a Little Lamb on piano in a music class. I remember having such a sense of accomplishment, and knowing that on some level I wanted to do something musical with my life.

Who or what inspired you to start writing your own music and compositions?

Although you'd never tell now, Green Day and Fall Out Boy were my biggest initial influences. Time of Your Life was the first song I learned on guitar at age 11/12, and I wrote my first song shortly after. Radiohead were the band that pushed me to be more inventive and unique, but whether I achieved that or not I have no idea!

How do you approach the creative process and your songwriting – do you have a ‘way in’ to your songs?

I always write lyrics to music. The mood of the music always impacts the subject matter for me. I had a period of throwing beats together on laptop, piling synths on top of them and then singing. I have tonnes of demos like that which never went anywhere. Only recently I've returned to guitar and piano, started writing lyrics which really mean something to me. It's completely changed my process for the better.

For those unfamiliar with you and your music, what should they listen to first?

My EP Herculean Task is the most recent representation of what I do. Dat Won' Save Me is my favourite.

Congratulations on your funding to the Montreal Jazz Festival - what are you hoping to get/experience from the event?

Thank you! The band and I are very excited to get out there. Just playing to an international crowd is amazing in itself. I hope we make some new friends, some new contacts, and hopefully an opportunity arises for us to return in the near future.

What are your thoughts on the health of jazz music? Are there plenty of opportunities for new artists?

I think jazz is definitely having an uprising across the globe. I'll be honest and admit I don't have a massive knowledge of classic jazz musicians or music, but I'm currently a huge fan of the Brainfeeder label. Flying Lotus, Taylor McFerrin, Thundercat, Kamasi Washington and such are all making huge waves in America with their modern fusion of jazz musicianship and electronic production. Kendrick Lemar's innovative and ambitious use of jazz production in his latest work is another example of jazz being accepted as a popular medium again. Having said that, it is an art form that works best live, and as long as musicians are really on top of their playing, I imagine it's not impossible to make a living from playing jazz.

Which new artists are getting you excited?

Anderson .Paak is all the rage at the moment, his new album Malibu is great, he's got such an idiosyncratic lyrical style and voice, he's on his own musical plane. Also, Jacob Collier is ridiculous! He's seriously inspiring me to get better at my instrument. Looking forward to his album.

At this very moment I'd love to work with Matt Corby. I have his album Telluric on repeat at the moment. It's addictive, and I have to listen to it from start to end each time. There are very few albums that I can do that with. I'm an admirer of album writers.

What does the future hold?

My advice is for anyone who finds it hard to work with others creatively. Play to your strengths and let others take care of the rest. I always wanted to do everything on the creative side myself, when you accept there are just some things that you can't do, life becomes easier and your music becomes better. Just make you work with people who understand you and your vision.

mirror-signal.com
Features
Back to top