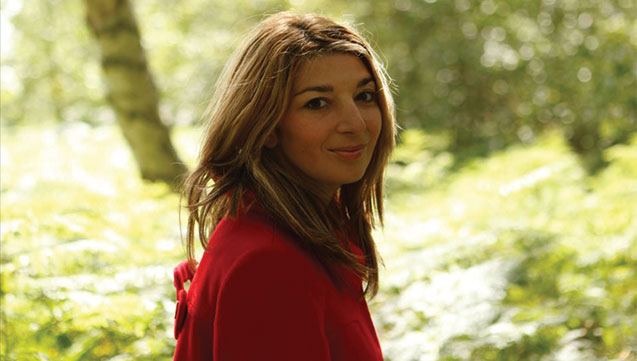 'I was making rhythm sections from sticks and stones' - electronic innovator Mira Calix on the boundaries between music and sound...

Mira Calix is an ingenious electronic artist who has been messing with the boundaries between music and sound for over a decade.

From creating tracks out of the sampled noises of wasps, to using instruments to mimic the sound of cicadas, she’s gone full-circle in her experimentations.

The PRS Foundation-funded artist has won a stack of awards and prestigious commissions along the way, in recognition of her technological wizardry.

Here, she explains her relationship with found sound, how she first began incorporating it in her music and where she believes the boundaries lie between music and sound…

Where did your interest in found sound begin?

I didn’t have money for loads of gear so I just went out and recorded things because I could make instruments out of them. Where other people were using drum machines, I was making rhythm sections from sticks and stones. It created something distinctive – and that’s how it all began for me.

It fitted into my electronic work. I wanted to get oxygen into my music. I’d leave a microphone hanging out the window because I wanted to get air into what was, and still is, a very digital format. I literally recorded air.

What kinds of textures and ambiance can those found sounds bring in?

It depends what the found sound is and how it’s used. There’s obviously a big difference between using nature and the sound of a city. Generally, though, they bring narrative into a piece of music in a different way.

I’ve used it where it’s quite obviously been a field recording, like the piece I did for Bang on a Can. I also use field recording in a way where I make instruments out of it. It’s not always obvious that I’m using what we classify as found sound.

How has it shaped your musical output over the years?

It brought air into a digital domain. As soon as you deal with found sound, you can’t recreate something in the same way as you can when it’s a virtual instrument or an analogue machine.

It’s one of those chicken and egg things. I’m interested in imperfections and that’s probably why I was drawn to it.

How do people respond to found sound and field recordings, do you think?

They love the sound of birds and they probably detest the sound of a forklift truck or somebody drilling! People are attracted to the same sounds they’re attracted to before you’ve captured them. Nature will always be number one, because people generally associate those things with something pleasant and relaxing. They associate machinery with somebody working outside their house driving them crazy, although I have used those things too.

Do you think people’s attitudes are changing to the inclusion of these noises in music?

Yes, because I think they’re more exposed to it. There’s more found sound creeping into everything, even pop music. These are often natural sounds, such as waterfalls or birds, and they give the music atmosphere. Pop music is a good indicator. Inadvertently they’re giving listeners an expanded sound palette.

Where is the boundary between sound and music?

There isn’t one. I’ve had a lot of arguments about this! It’s easy to say all music is sound, but then there’s the question, is all sound music? It kind of is - it’s in the ear of the listener. The question then is, is the espresso machine at your Starbucks musical or is it just noise? It really depends on you, doesn’t it? I don’t know.

I think when something has been recorded and manipulated, and has a certain amount of selection, curation and creativity, it’s fair to call it music. It takes it away from the coffee machine in Starbucks.

Do you have any tips for artists interested in experimenting with found sound?

I would say, just try it. It doesn’t really matter if you’re a band using guitars, an electronic artist or a classical composer. Look for unusual sounds, they help your music become more unique.

Also, don’t feel must have the most sophisticated equipment. The truth is, we can’t reproduce something perfectly - even with the most wonderful equipment you’re only capturing an impression.

http://www.miracalix.com/
Features
Back to top