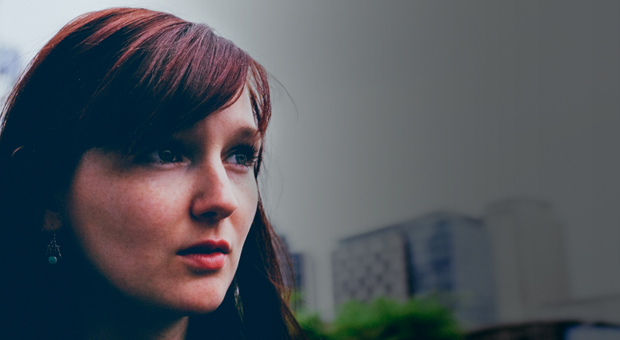 ‘It’s hard to get young people in the audience. There are many new folk artists but we’re all playing to our parents which is strange. What does that mean for the music that we make?’

Folk singer songwriter Maz O’Connor is pondering a dilemma faced by emerging artists working in the genre - how can the scene grow and attract new fans?

She’s doing her bit to breath new life into the scene with great melodies and, as seen on her debut album proper This Willowed Light, exquisite production from Jim Moray.

A new record - The Longing Kind - is promised for 2016 while this year has been spent working on Sweet Liberties, a new project from the English Folk Dance and Song Society (EFDSS) exploring the history of democracy via song. Here, Maz gives us insight on the protest song, the Sweet Liberties commission and what the future of folk looks like…


My mum is a music teacher. She taught me in my secondary school so weirdly it took me a bit longer to get into it. I was more into dance and drama because music was my mum’s world.

It was when I moved to sixth form that I got more into sixties songwriters, that kind of Greenwich Village sound. They inspired me to start writing. But I’d always played and sang because of my family.

What inspired you to start writing?


When I was 16, I started writing music on the piano. It was people like Regina Spektor and Fiona Apple that inspired me. The whole folk thing was running parallel to this - there was an organisation called Folk Works in the north east that did summer schools. I went when I was 13 and used to play in a ceilidh band but I didn’t take it seriously until I went to university. I then found Dylan, Joni Mitchell, Neil Young - all those guys started influencing me.

Was there a moment when you got your musical break?

On leaving uni I didn’t really have a plan of what was next. But I got this BBC Performing Arts Fund fellowship through EFDSS. I had a year to develop, become an artist in residence and quit everything else. I started to write a lot more and improved rapidly. It was amazing.

What were the aims with This Willowed Light?

It was more of a sound that we were trying to establish than meaning in the songs. The songs linked together just in terms of what I was doing at the time so there are many references to nature. But it was more to do with crafting a fresh folk sound with Jim Moray, the producer.

Could you explain a little about the Sweet Liberties project?

They told us it can be political but not partisan which is tricky. We’re folkies so it’s probably not going to be blue blooded stuff. They sent us a guide of these 18 moments in British political history so there’s this historical side but they asked us to link it to what’s happening today.

I tried to find stories and characters within the history. No one wants to listen to a song about the passing of legislation. It’s not very exciting!

Do you think a protest song can have a big impact and change the world we live in?

No is the short answer. It’s not the same as direct action or lobbying your MP. But I reconcile myself with it as it galvanises action. People at gigs who hear or sing a song together, for example like with Pete Seeger’s songs, it gets everyone united through singing. It’s to do with solidarity and community. That’s about the best it can do. It can’t change anything directly.

I think the industry is becoming more difficult for people from diverse backgrounds to break into. If you look at the top artists, there’s a shocking amount of privately educated people from wealthy backgrounds. All power to them but it does say something if you’ve not got a more diverse range of people coming through.

It’s amazing looking back through this project at these 18 moments. I barely knew any of them – it’s really empowering to our political history. There’s been so much change and we’ve won so many rights but we don’t know that so it feels like it’s impossible to change things. But you look back on our own history and you can tell that things do change.

Are there opportunities for new folk artists?

Yes I suppose as I’m doing okay but I’ve benefitted from funding. To make a living on the scene is very difficult now. There are fewer folk clubs and the ones that do exist have aging audiences. But folk is getting better and merging with the mainstream. Which is uncomfortable for some people but if you want to make a living from it, it’s the only way to do it.

It’s also hard to get young people in the audience. There are many new artists but we’re all playing to our parents which is strange. What does that mean for the music that we make? Are we going to make young music? Or music for 50 year olds?

Can you innovate within the music?

Yes and people are - but it’s then thinking about which audience are you after. Can you go to BBC 6 Music with trad folk songs? Or can you go to Radio 2 with innovative trad music? There’s room to be innovative but then you still need to get both audiences on side.

Have you got any advice for new artists?

The main thing is to actually do it. You need to knuckle down and really write great music. Doing it every day is crucial, plus find your own voice. It’s very easy to be derivative in this genre.

Visit the EFDSS website to find out more on the Sweet Liberties project.
Features
Back to top