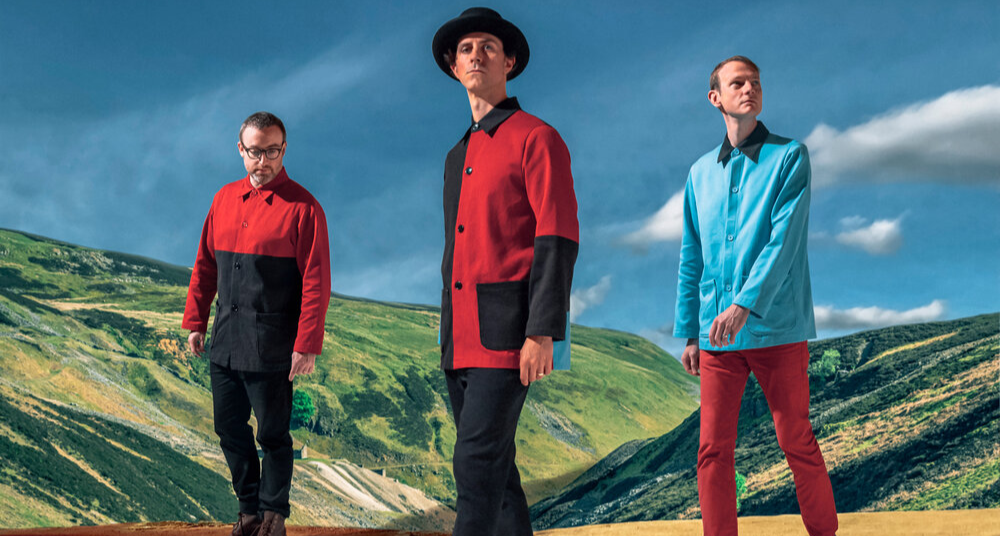 Newcastle three-piece Maxïmo Park released their new single All Of Me at the tail end of last week.

It’s the fourth track to be shared from the band’s upcoming new album, Nature Always Wins, and it follows the release of singles I Don’t Know What I’m Doing, Baby, Sleep and Child Of The Flatlands.

The album, their seventh to date, was announced alongside details of a headline UK tour.

Give All Of Me a spin below.

Hi Maxïmo Park! Tell us a bit about yourselves…

We formed (and have remained) in Newcastle after university, and since 2005 we've released six Top 20 albums of emotionally driven, reflective, hook-laden alt-rock pop songs. We tend to favour an artistic outlook but remain thrilled by the primal power of rock 'n' roll!

A Certain Trigger and Our Earthly Pleasures were both critically acclaimed and achieved widespread success – what was that like?

Pretty good! I think all of our records are successful in their own way (as you might expect), but a bit of commercial success certainly helps pay the bills. It meant we were herded into various 'movements' with lots of bands whose music was relatively unrelated to ours, so I suppose that's a downside, considering the preconceptions people might subsequently have of the band. I still feel really lucky to have made a living from making music since we signed with Warp Records back in the day.

How does your new record differ from previous releases?

It feels like there's more space in the music, which isn't that surprising given our keyboard player Lukas had recently left the band and emigrated to Australia before we started writing. We wanted to work with Ben Allen to fill in some of the gaps, but also not feel like we had to cram the songs with as many melodic parts as usual. It's still very hooky, but it feels like there are new ambient soundscapes that you can hear in the background, which occasionally move into the foreground of each song. Child Of The Flatlands is a good example of where the song is more structurally free, and features some of Dunc's field recordings, but the piano is still part of the core sound - we've never been a traditional 'guitar band'. There's an uplifting quality to the record, which is more overt this time, despite some of the lyrical doubts and fears.

What is it like having the talented Ben Allen on board? Am I right in thinking he is based in Atlanta and you in Newcastle, did that bring challenges when making the album?

It was great to work with him, finally. We've admired his work with Deerhunter for a long time. It feels like he can really enhance the sound of a band in both an experimental and a more modern pop way, which is exactly what we were after. Each record we make needs to evolve from the other records, but we also value the power of a three-minute pop song, and we strive for a consistency of songwriting from album to album. He pushed us to write 40 songs for what became a 12-song record, but we had imagined we would travel to Atlanta to make the album. In the end, we picked the best songs and it was a bit of a stop-start process, but the results sound seamless to me! I missed the collaborative aspect of being in a studio, but am proud of what we made, especially given the circumstances.

The challenges of parenthood, loss and the Grenfell disaster all feature on the album. How did you take those subjects and make them into something tangible?

I always write about what interests me and try to make it into interesting and relevant material for a song. I make lots of notes and hadn't necessarily imagined that Grenfell would make it into a song. That song, Why Must A Building Burn?, is made up of a few different elements, regarding loss in general. I think that works better than something more specific, in this case. It's a snapshot of a few different scenarios that are loosely linked, and the listener can focus on one part or another. Parenthood is very difficult yet ultimately life-affirming, which makes it excellent subject matter for a song. The trick is to find more universal emotions that anyone, parent or not, can relate to, without losing the specificity that prevents the song from being too wishy-washy. There's always a light at the end of the tunnel in our songs.

When is the new album out and what can we expect from it?

Nature Always Wins, out 26 February 2021 via Prolifica inc. Expect lyrics that you can connect to, stimulating sounds and heavenly melodies.

Tickets for a special run of album launch shows are on sale now.