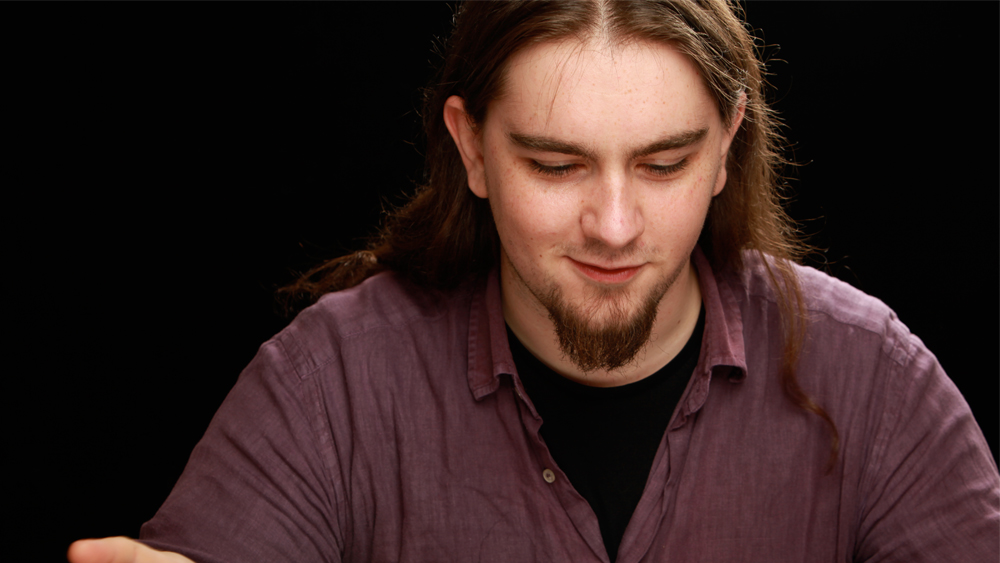 ‘There is a lot going on at the edges of the classical world, but a lot of the mainstream still feels quite backward looking’: Composer Matthew Whiteside discusses his latest album and more.

‘There is a lot going on at the edges of the classical world, but a lot of the mainstream still feels quite backward looking’: says composer Matthew Whiteside.

Yet, Matthew’s work within classical music has been anything but backward looking.

From his own compositional work to his position as chief executive and artistic director of ‘The Night With…’, Matthew has consistently challenged perceived notions of what classical music should be and how it is performed.

In addition to his work on ‘The Night With…’ Matthew recently released a new album called Entangled.

Intriguingly, the record was commissioned by the Institute of Physics (IOP) and explores the work of physicist, John Stewart Bell, who is also Matthew’s great uncle.

Here we chat to the composer about his work as an artistic director and composer, while delving into the motivations behind his latest album…

What’s the thinking behind Entangled?

It’s been four years since my first album Dichroic Light came out and I felt it was the right time to release my second. This decision was galvanised when I finished Quartet No. 4. It felt like a shift in my writing that I wanted to record and release more widely into the world. I was also interested to make an Album rather than an album [note the capitalisation]. By that I mean a set of pieces written to sit together rather than a collection of curated works, more akin to the band album idea than the classical. Also strings and electronics are a huge part of my writing, so I wanted the album to be based around and influenced by those sound worlds.

Once I knew Quartet No. 4 was going to be the central piece, I wrote two other quartets to book end it and then once everything was recorded composed Response One and Response Two using samples from the quartets to future create the Album.

How did your relationship with the Institute of Physics come about?

It was a bit of a roundabout way. My Mum and Dad were going to a series of lectures at Queen’s University dedicated to John Stewart Bell. They aren’t a regular lecture series, but my parents are as curious as I am. Eventually they got chatting to the organisers because the organisers were intrigued why my parents, the only non-physicists in the room, were there. One evening when I was visiting I joined them and the conversation with the organisers morphed into how to combine physics and music which, after a few more meetings, developed into the IOP commissioning my Quartet No. 4 (Entangled) which turned into the title track of the album. I also asked Marisa Zanotti to create a film inspired by the music.

What inspired you to create a piece around the work of your great uncle, John Stewart Bell?

One of the things I enjoy about being a composer is that it gives me an excuse to delve into different ideas and specialisms. This was a perfect excuse to look more into quantum mechanics. Not a light topic I admit but it is absolutely fascinating in its weirdness. I’ve got to know quite a few physicists because of it and one of the things they’ve said is that anyone who says they understand quantum physics, doesn’t understand quantum physics.

My music has always been inspired by elements of maths and science. Often that has manifested as elements of algorithmic composition and spectralism but in 2016 Andy Saunders commissioned me to write a piece for Juice Vocal Ensemble, Glasgow University Chapel Choir and a trombone quartet that was meant to be inspired by the work of Lord Kelvin, the architecture of the University and, when he heard about my great uncle, said ‘include something about him as well’. Wasn’t exactly an easy ensemble or commission but was really interesting working out how to pull together all those ideas into a coherent piece.

So, Quartet No. 4 (Entangled) was a development on a train of thinking that had already been present in my work.

What was the recording process like for the album?

How did the collaboration with Aurea Quartet come about and what did they bring to the recording?

I’ve worked with the Aurea Quartet a few times, they are on my first album after recording my Quartet No. 3 and the cellist, Abby Haywood, recorded my cello and electronics piece Dichroic Light. I met them initially while we were studying at the Royal Conservatoire of Scotland.

They are really good players and easy to work with, giving really useful suggestions for the music. I’ve only just finished the final edits for the scores based on the rehearsals before recording sessions with the tweaks we made to make the pieces what you hear.

It has already earned you the Innovative Use of Sound award at the Light Moves Festival of Screendance. What does that kind of recognition mean to you?

Awards are really cool to get, a nice pat on the back and confidence booster. Sometimes being a composer can be quite solitary experience and even if the piece has gone well at the premiere it’s hard to know what people actually thought of it. But, with this one especially, it is important to note the award was for the work including Marisa Zanotti’s film rather than just my music.

Do you think there is enough innovation in the classical world?

There is a lot going on at the edges of the classical world, but a lot of the mainstream still feels quite backward looking. I was at a conference recently where we were discussing this and one of the things that came out of it was ‘classical music needs to be more future facing than past facing’. What we meant by this is more accepting of technology and the world we live in today. It is natural for someone under 40 to take a photo of a concert they are enjoying to post to Instagram or a short clip to send to a friend. Why is that still frowned upon in the concert hall? I know legally the ensemble is perfectly within their rights to disallow these things but by doing that they are limiting and potentially alienating younger audiences.

It is this kind of thinking is part of what I am trying to help get away from with 'The Night With…' I love it when people take photos at the concerts and share them to Twitter. It means they are engaging with the work in a language that is familiar with them.

It is also the grey areas between genre I find most interesting. Things like Invisible Anatomy, released on New Amsterdam Records, sits in an interesting in between point where it is routed in classical music, but it would equally sit at home in a more popular music festival. Also, Wooden Elephant is doing really interesting arrangements of pop music which, when arranged for string quintet, is right at home within a contemporary classical programme.

Can you tell us a little about your work on ‘The Night With…’ and what you hope to achieve with the charity?

'The Night With…' is about putting contemporary music into informal venues, mainly the basement venues of pubs. The aim is to create a dedicated listening environment but with the vibe more like a jazz or rock concert where people can have a drink while listening to the music through using these informal and unusual venues and presenting the concerts in three 15 to 30 minute thirds. It gives people more of a chance to chat and refill their glasses.

With 'The Night With…' every programme this year has at least one premiere, some with multiple ones, and we also run a yearly call for scores which this year is for the Hermes Experiment. The next concert on 25 November will include the premiere of that piece, chosen from a shortlist of five pieces which will be workshopped, along with a new piece by Matthew Grouse commissioned by The Night With…

Be interesting, interested and generous by helping others or recommending them if you can’t do something. Keep going. It's not easy but make connections, keep relationships going and write good music. Go to everything you can and send scores to ensembles and calls for scores but also don’t under value your music and make sure you have joined PRS for Music. Also make sure to take time for yourself and to do something other than music. Balance, as with everything in life, is important.

At the end of the month I’m going to Helsinki to talk to composers about developing their career and promotional strategies while also finishing off 'The Night With…’s 2019 season and planning the 2020 one.

The next writing thing is a new commission for Crash Ensemble in Dublin. I can’t go into any more detail about it at the moment, but it’ll be really cool.

Entangled is out now.

For more information about 'The Night With...' please visit thenightwith.com.
Features