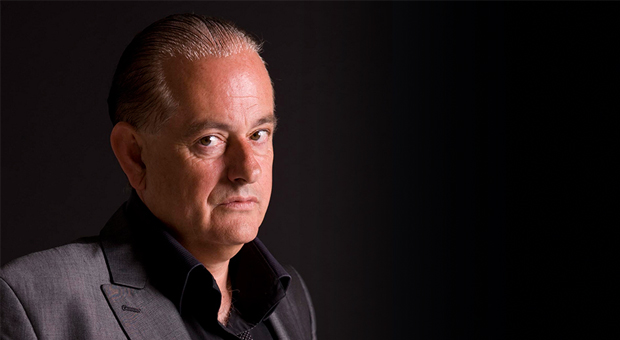 ‘We've lost the patina of age in digital music': Martyn Ware discusses the links between technology and creativity.

Over the last four decades he’s experimented at the margins where technology meets music, shifting from modular synthesis to PC simulation packages – and leading the British charts on an exciting journey of discovery.

‘I don’t like the shininess of digital so much’, he continues. ‘I find myself looking for the best artificial degradation programmes, half-inch tape simulators and the like. All that stuff lends a certain warmth and softness to the transience.’

Ironically, Martyn’s current studio is around 90 percent ‘in the box’ digital, and he’s pretty sure he’ll never been tempted to switch back to analogue-only technologies.

Here, we spend some time with the renowned producer, music professor and sonic artist to learn how his creative outcomes have changed over the years, hear how he’s kept up with the relentless pace of technology and glean his thoughts on the current fad for analogue equipment.

Tell us about your studio - what’s it like in there?
I’d say that my studio about 90 percent in the box. It’s mainly virtual synths and programming technology. We are very fortunate in that we are good friends with Spitfire Audio. I did a sample library of my early synths for them so I get some free stuff from them. Sampling instrument technology has come on a long way.

I’ve also still got my original Roland System 100 synth which I wrote Being Boiled on. It’s still working and I use it. It’s all midi retro-fitted so now I can connect it to my digital audio workstation. Likewise, I still have my Korg 700, which is the first synth I ever bought in 1978. I used both of those on Being Boiled. 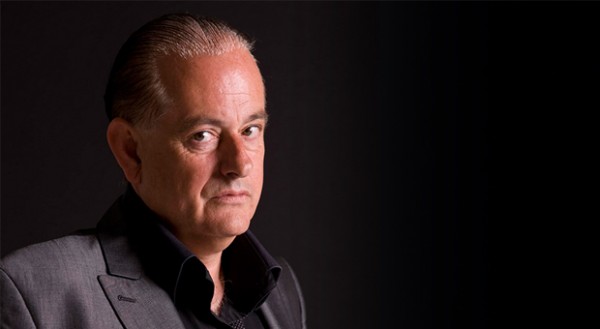 What about the modern gear – is there anything you really rate?
I use a Teenage Engineering OP-1 quite a lot. It’s a hybrid digital analogue instrument in a way. In fact, I do a lot of public speaking and talks. Last year at WOMAD I did a presentation called My Career in 20 Synths. It started with the original Stylophone Duo which I first bought in 1973 going right the way through to the OP-1. The Roland and the Korg are now the only two originals I have. Everything else is either sampled or virtual instruments.

How has the change in technology influenced your output?
Oh massively. The early synths on Being Boiled were all played manually. It’s hard to imagine a time without midi - it’s a bit like Jurassic Park – but without it you couldn’t synchronise anything. You’d get a hardware sequencer, create the beats from scratch – a kick drum, a snare, a hi hat – and then play stuff over the top by bouncing from track to track on a reel to reel-to-reel tape recorder. That’s as basic as you can get, it’s almost hobbyist level.

Now of course, at the other end of the scale you’ve got Teenage Engineering’s OP-1, where you can record many tracks into a piddling little machine. You can record them on a simulated analogue tape four-track, which you can then manipulate like tape even though it’s digital. And then you can record the outcome of that onto a simulated vinyl record, which is also in the same machine. It’s crazy ass shit!

How did you find the transition?
Well, there was an in-between, obviously. We went through a period of having lots and lots of synths all midi-ed together and all firing at the same time, which was very exciting. But I’ve always found it more interesting to find new methods of controlling sound and electronics.

The early analogue synths were great and it all felt very exciting when Frequency Modulation (FM) synthesis came along with the Roland D50 and others – but that proved to be a false hope in my view. It was just about creating synths that were cheaper to produce and had more multi-functions, but were less flexible. So you ended up with a whole bunch of synths, which are really a load of presets and are just about cheap enough for people to buy.

Then, you rarely change the presets and you end up with very lazy people, who are under a lot of time and money pressure in the studio, just using stuff that sounds like everybody else. Whereas the early analogue stuff was all about creating even the very basic ingredients. The DNA was original, right from the start.

Did the eighties’ analogue synth production methods alter the sound quality too?
Yes definitely. The actual components which were used in synths from the mid-seventies onwards were of a much higher quality and they started getting worse in the early eighties. The original Roland System 100 modular synth sounded – and still does – like the best synth I’ve ever played. Then you moved on to the System 100M, which didn’t sound as good because it was made using cheaper components.

The history of synths has all been about miniaturisation, cheaper production, mass production. A consequence is that there’s now actually a lot less electricity passing through the circuitry. Manufacturers get round this by simulating or filtering in some way to make it sound like the original oscillators would’ve done. But the truth of the matter is, the less electricity you pass through this complex circuitry, the more granular the sound becomes and the less detailed it is. It’s no surprise to me that every synth you buy now sounds worse than every old synth. It’s not a nostalgia thing, it’s just economics.

Does that analogy cross over to digital too?
Not really because it’s all noughts and ones in digital. Ironically, the problem for digital technology is one of approximation. As you get cheaper circuits that the noughts and ones flow through there are more errors generated. So within the circuitry they have an inbuilt error correction, and that inevitably leads to a less defined sound. It’s very interesting that all this stuff is quite esoteric I suppose…

We have lost the patina of age in digital music. It’s infinitely replicable and doesn’t age. We’ve lost the metaphorical beauty of aging that you’d get with album covers or vinyl records. You have more of an emotional connection with it because it’s imperfect. Wouldn’t it be cool to create an app that artificially ages your digital recordings over a period of time?

I don’t like the shininess of digital so much. I find myself looking for the best artificial degradation programmes, half-inch tape simulators and the like. All that stuff lends a certain warmth and softness to the transience. I spend half my time trying to stop things sounding so digital…

Are you tempted to re-incorporate more analogue equipment and production techniques into your set-up?
Oh god! Have you seen how much it all costs? It’s not going to happen for me! And there are many benefits to working digitally, not least that you can switch your computer off and on and it’s exactly how it was – which wasn’t the case with the old analogue stuff.

I’m not buying into this, ‘Oh, I’m going to make my studio all-analogue’. That’s for fashion victims. When you’ve got real work to do, you’ve got a limited amount of time and budget, you’ve got to optimise your workflow. I’m not knocking digital for that, just for the sound of it. There are certain things you can mitigate, particularly when you’re recording acoustic instruments and vocals. We bought some great pre-amps for recording that stuff and they make everything sound great.

It’s the stuff that originates digitally and stays digital – that’s where the problem lies. If it’s got analogue somewhere in the chain then it kind of works…

How do you think the current trend for analogue equipment is changing music? Do you hear it at all or not?
Not really. I see it as a fashion thing. I remember reading an interview with that Black Eyed Peas producer dude who had just got a new studio. There were pictures showing floor to ceiling analogue stuff and I was thinking, ‘It’s not about how much gear you’ve got - it really isn’t!’

I’ve worked with Vince Clarke, who’s got every analogue synth on earth. But you know what, he uses them like a series of instruments which are specialised for certain instances. He’s assembled an orchestra. But what happens with new analogue instruments – a lot of people are building their own now and saying it’s just like the eighties – it’s all linkable by CB and gate – it’s like every bloody thing is trying to be everything. But that’s not really the point. The point is to understand the beauty of what certain things are good for. The digital world has very little in the way of true character in the analogue sense – although there are some exceptions like Arturia.

I started entirely analogue, gone through the whole mug thing of selling analogue synths to by the supposedly better generation incorporating FM synthesis, and then went through the whole thing of having my own studio with a giant analogue desk. But now everything is in a small digital box. It’s horses for courses, different types of instruments work great for different things.

I never feel particularly tempted to re-buy analogue gear. It’s a bit like collecting vintage cars or watches or something. It’s not because they’re better generally - 95 percent of it is how you use them.

You mention analogue simulation – what do you think of the digital tools out there?
I think it’s overrated. I don’t think it’s as good as they make it out to be. But it is a step in the right direction. There is a whole heap of virtual synth manufacturers who are all doing pretty much the same thing. Everyone claims to be slightly better than everyone else – or cheaper - but it’s really about shit in, shit out. It doesn’t matter what you put in between, the content has got to be good in the first place. I take a great deal of care in making sure each individual part is of the highest and most interesting quality. You can be free with it after that.

We’re living in a world where there’s massive ease of use. You can create and mix a track from scratch in a couple of hours and it will sound pretty good. But it won’t have that magic 10 percent on the top end because it’s been too easy – and that’s the issue with in-the-box digital. It’s a bit too easy, and it’s a bit too fast, to do the same tricks over and over again. So I have to constantly challenge myself as an artist to keep changing my methodology. In fact, I spend half my time trying to stop things sounding so digital…

It’s a bit like Brian Eno’s Oblique Strategies cards. If you keep doing the same thing over and over, fair enough it might be successful but eventually it will start to feel tired. Don’t wait until that point, keep changing it up. It’s actually much easier to do that with digital, rather than experimenting for days on end like we used to in the analogue world. You can easily forget with the mists of time how much time and money we wasted!

We interviewed Martyn Ware for our Hands on Hardware feature in the latest issue of M magazine.