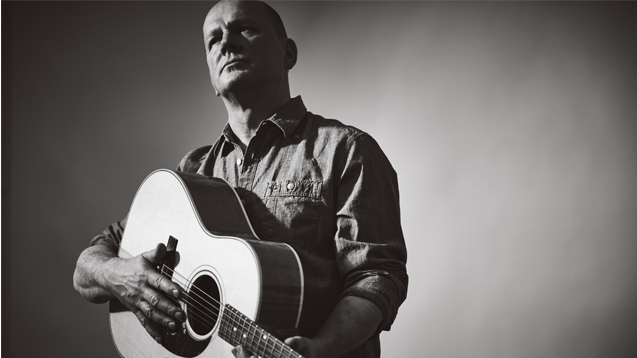 ‘The world is full of unwritten songs waiting to be plucked out of the air’ - former Fairground Attraction songwriter turned solo artist Mark Nevin on writing, BRIT Awards, Bowie and his latest record…

‘The world is full of unwritten songs waiting to be plucked out of the air,’ says songwriter Mark Nevin when contemplating the creative process.

As one of the UK’s most under-rated music writers, Mark is well placed to comment. Best known for million selling global hit Perfect with Fairground Attraction, he was behind their other big hitters Find My Love and The First Of A Million Kisses. He earned a BRIT Award for best single and album with the band before going on to work as a songwriter for hire, penning music for Morrissey, Joe Cocker, Mica Paris and Lloyd Cole.

Now known as a solo artist, Mark is going through a creative purple patch, on the brink of releasing his fifth album, My Unfashionable Opinion. In our new interview ahead of the record, he spills the beans on the Fairground Attraction, their popularity and tells us why new songwriters need to ‘be naughty’ to taste success…

How did you initially get into music?

There was a moment, quite a common one for people of my generation I think, seeing David Bowie in 1972 on a kid’s TV programme doing Starman with Mick Ronson. It was absolutely mind blowing.

He came to Bristol’s Colston Hall soon after which was really exciting. Then I got a guitar. I just wanted to play but it was much more about the songs than being a lead guitarist. I bought one for five quid and started banging out these terrible songs.

As a teenager I was advised to work at the Cadbury’s factory. And be ‘a curly wurly boy’ according to the career’s adviser. It made me move to London to pursue music.

So you ended up getting a publishing deal when you got to London?

I did - although the first thing I did was join the Moonies, the religious cult. That really freaked my family out. I got out of that, pursued music and got a publishing deal in my mid-twenties with a company called Compact Composers – they gave 50 quid a song. I did five songs, earned 250 quid on a 60/40 split on them owning the publishing. It was a terrible deal but I was just excited to have one, it made me feel like a songwriter. I played them a sixth one and they turned that down. Thankfully, it turned out, as that was Perfect.

How did the Fairground Attraction come together?

I lived in a squat in Cricklewood which I called the Academy of Fine Popular Music. After I left I learned it was opposite to where Dusty Springfield was born which I've always liked.

I ended up going around America on a bus and discovered a writer called William Saroyan, this American Armenian writer who wrote these great little stories. I wanted to write songs like them and started writing in this style. For the sound I wanted to create a band that was jazz musicians with folk instruments playing pop songs. I always loved acoustic instruments but I never really liked folk, I couldn’t grow a beard. I loved jazz but not the improvising as I wanted the pop sensibility.

I’d known Eddi as she’d done some backing vocals with this band I was in. She was an amazing singer and she was trying to establish herself as a solo artist but I wanted a group so we had this ongoing struggle all the way through. We became Fairground Attraction after she conceded.

Were you taken aback by your success?

Yes it was amazing, particularly because of the context. Back then it was all about New Order and S’Express, Depeche Mode. I was the world’s most unfashionable person in what I was trying to do. But I thought I’d just do what I liked anyway. We didn’t even think about a manager. I took the tapes round record companies. We had three interested, one of them was Phonogram. But I wanted to produce ourselves. RCA agreed to this the night before we were supposed to sign with Phonogram so we went with them and produced the record ourselves, just as we played it. That’s how we made it. It just took off and went to number one. No one expected it.

We got best single and best album at the Brits, which only Blur, Adele and Coldplay have ever done. That was a great honour.

Have you any favourite memories?

So many - I guess off stage was a question of getting on each other’s nerves but on stage, we’d just play and it would be special. One of the best bits for me was the week that Perfect went to number one. We had a chart run down at my parents' house and I turned up to surprise them. Everyone went mental when they announced us as number one. My dad uttered the immortal words ‘son, I was wrong when I told you to get a proper job’.

What was the motivation to go solo and take centre stage with your songs?

I never imagined I’d do it. I just wanted to write songs. But then I learned that bands are hard work, they’re like being married to four people. After Fairground Attraction, I got offered lots of opportunities, ended up working with various people like Morrissey and Kirsty MacColl. Which was great. But really, I’ve always wanted to write both words and melody. I only felt like I was doing half of what I was doing. The only way I could do what I wanted was to sing them myself. It’s taken me years to get to a point where it feels normal. When I started out, I made the studio turn all the lights off and sang in the dark. Lots of gigs felt weird and awkward but now I love it and couldn’t imagine doing anything else.

My Unfashionable Opinion is your new, fifth album - what’s it about?


It’s the quickest record I’ve written - one of the first songs I wrote was the Stars Align which I wrote after David Bowie died. I found it traumatic after his death as I’d had a long-term love affair with him and his music. I was inspired by how he died and the way he handled it. It made me want to write more and more. I found meeting Beth Nielsen Chapman very inspiring too. She works so intuitively, she plucks the song out of the ether. So I decided I was just going to start writing about whatever was going on at that moment. I’ve become much freer about letting various things come to the surface.

The world is full of billions of unwritten songs that are waiting to be plucked out of the air. It’s such a liberating way to think. If the songwriting is easy, then the song will be to listen to. You can tell by the openness - as long as the writer can get their head and ego out of the way.

What does the rest of the year look like?

Gigs for me – I love gigging now. When I first started doing the solo thing I was worried but now I can’t wait to get out there. I’ve got lot of stories to tell between the songs too. I hope it creates something more than just a gig, something like a gig crossed with a TED talk.


Have you any tips for songwriters?

Be naughty. Most of your songs won’t make you any money. Everybody that’s true of even with people like Bowie and Springsteen. They have loads of songs no one remembers. That’s the norm. You’re lucky to get hits. All you can do is write the music you love and play. As a punter, as a person who loves music I want to hear songs played by people enjoying themselves, who are making music from a real place. It’s not about money, it’s more about music as a spiritual force.

Mark will launch new album My Unfashionable Opinion with a live show at London's St Pancras Church on 20 March.

Watch the album trailer below.