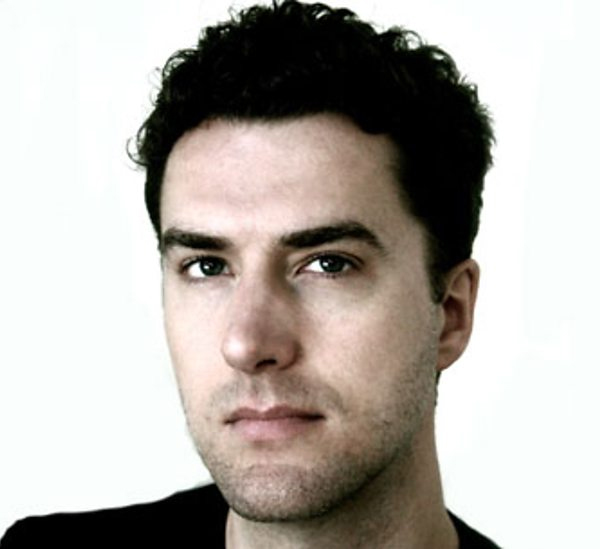 Unlike perhaps many of his contemporaries young Welsh composer Mark Bowden looks to the worlds of poetry and physics for musical inspiration.

His latest piece, A Violence of Gifts, will be debuted by the BBC National Orchestra of Wales (NOW) and Chorus of Wales this weekend and aims to musically portray the origins of us and the universe. Based on Haydn’s 1798 masterpiece The Creation, the 40 minute piece is Mark’s most ambitious work to date and the culmination of a four year residency at NOW. Here he tells us the ideas behind the work and gives his thoughts on the health of contemporary classical…

I was fascinated by a neighbour’s piano as a child in South Wales. My Grandma had an old one in her house that wasn’t used and she decided to give to us. I started to have lessons after school and everything grew from there.

My love of contemporary classical music came a bit later. I also trained as a dancer up until the age of 18. The dance organisation where I trained created fantastic projects with live music from composers such as Peter Maxwell Davies and Simon Holt.

What was your first musical break?

There’s no single break - it’s more of a journey building a solid technique and confidence alongside artistic ideas. It’s also about forming good working relationships with musicians and ensembles. At the same time important milestones for me included being commissioned by the BBC to write a large-scale work for the BBC Symphony Orchestra in 2004, winning the 2006 Royal Philharmonic Society Young Composers’ Award and helping form the Camberwell Composer’s Collective. All these experiences helped me get my music out into the world in different ways.

A Violence of Gifts has been 18 months in the making – can you explain the creative process?

Well, I’ve been writing for 18 months but I had a first meeting with the orchestra’s artistic team in December 2011. I wanted to create a work exploring the origins of light, matter and life, inspired by Haydn’s 1798 masterpiece The Creation but from the scientific viewpoint of the 21st century.

My first task was to think about text. I searched through existing texts and poetry but nothing took hold until I heard Owen Sheers read his beautiful poetry collection Skirrid Hill. I was struck by the vivid imagery and powerful themes and thought he might be interested in getting involved. Owen was fired up by the concept. I applied for some funding from the Jerwood Charitable Foundation to commission a new text. They gave me a grant for this and a research trip to CERN and Owen and I decided to work together.

How did you go about structuring such a long work?

We studied the three parts of The Creation and Owen had the idea to make our piece in two parts: the first looking at the early universe and the second exploring the conditions which allowed the first living organisms. Owen also thought about the idea of writing for two soloists, a man and a woman, potentially a pair of scientists.

We went on to retain the twin strands exploring the origins of the universe and life, but, rather than being in two sections, the strands are intertwined in the work. One section, a duet for the solo soprano and baritone called Imagine that moment, mirrors this idea as the soprano ruminates on the idea of being present at the dawn of time whilst the baritone considers what the earth may have been like as the first single-cell emerged.

We arranged a trip to the Large Hadron Collider at CERN on the Franco-Swiss border where we met particle physicists who introduced us to their latest research into the early universe. Talking to the scientists stretched our minds between extremes of scale – the inconceivable vastness of the observable universe to the unimaginable quantum world of quark-gluon plasma – and provided the springboard for the piece.

How has been the role as resident composer with BBC National Orchestra of Wales?

I know it’s a cliché but it has been a dream come true. Writing for orchestra is one of my favourite things so it’s been a great opportunity to create projects I am really passionate about. My first was a cello concerto, called Lyra, written especially for my friend – the cellist Oliver Coates. Then came a percussion concerto called Heartland, which was also a score for a dance production for National Dance Company Wales. This latest project will be the culmination of my time with the orchestra.

What are the main areas of growth for new and aspiring composers?

UK contemporary classical music is in an incredibly healthy place right now. There are so many wonderful composers working in the UK making a range of work in all sorts of places. There is space in our musical culture for new concert music, installation work, sound art and everything in between.

It’s also vitally important for young composers to create their own projects and opportunities as well as looking to larger institutions for support. Of course, composing is a notoriously precarious profession to go into. What I do fear in the future is any further cuts to arts budgets. In the last few years we have seen brutal cuts to many areas of the arts from this government but particularly to music education, which is nothing short of scandalous. Classical music is one of the UK’s most amazing success stories and we should be celebrating our composers, musicians and world-class ensembles far more than we do, both here at home and abroad.

A Violence of Gifts will be premiered at St David’s Hall, Cardiff on 18 April. Find out more and how to get tickets here.
Features
Back to top