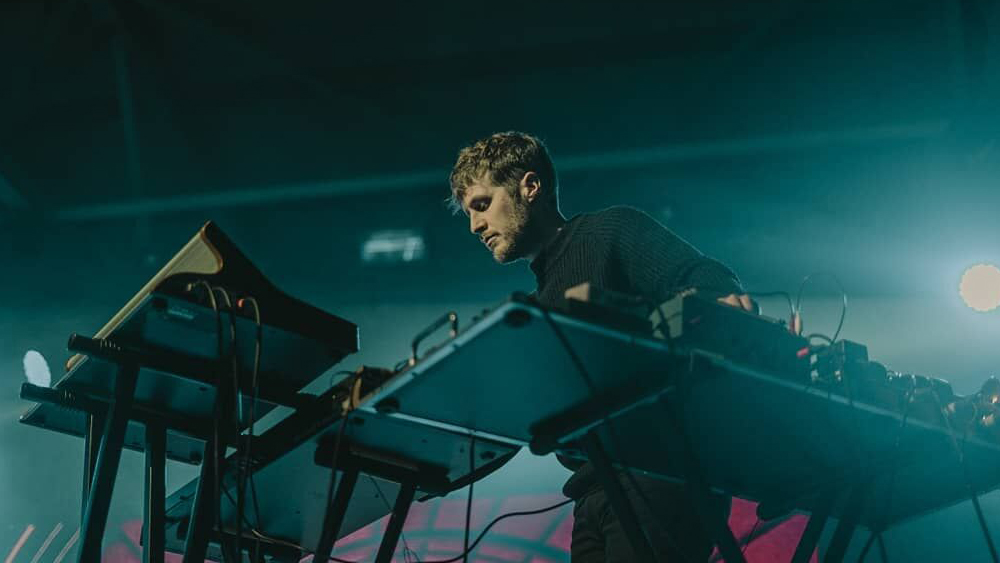 ‘I find it very easy to be critical of my own music, but when a musician I trust adds something to it I almost always love their contribution and can start to see my music in a different light’: Marcus Hamblett discusses he rewards of collaboration.

‘I find it very easy to be critical of my own music, but when a musician I trust adds something to it I almost always love their contribution and can start to see my music in a different light’: says Marcus Hamblett.

The British multi-instrumentalist, producer and composer has thrived on collaboration from his first record Concrete to his work with other artists and bands, including This Is The Kit and James Holden and the Animal Spirits.

While his session work covers a multitude of genres, his solo output is no less diverse.

Consistently blurring the lines between jazz, post-rock and electronica, Marcus is equally inventive in his use of acoustic and electronic instrumentation.

He is now preparing to release his second full-length collection Detritus, which includes an impressive list of collaborators from Colin Steton and James Holden to Mathieu Charbonneau of Timber Timbre, Ben Lanz of Beirut and The National and Kate Stables of This Is The Kit.

We caught up with Marcus to find out what these collaborations bring to his creative process, how he defines his sound and what he has lined up for the future…

Your musical career so far has been shaped by collaboration. How have those experiences impacted your own music?

Strangely, when I first started writing and recording solo music I was very guarded about letting other people in. I found it hard to trust other musicians with my work. My solo work was the opposite of the bands I played with and the session work I did. Then drummer Tom Heather recorded on my stuff and I got a real thrill out of it. Gradually I trusted more and more people with my music and realised that’s what it’s all about ultimately.

So this second record is all about collaboration and there are guests all over every track, including Tom, Emma Gatrill and Helen Whitaker – who all played on my first record, Concrete – as well as Etienne Jaumet and James Holden, both of whom I play with in James’s band The Animal Spirits. And Kate Stables, who I play with in This Is The Kit sometimes, Ben Lanz, who I toured with supporting LNZNDRF, Mathieu Charboneau, who I toured with supporting his band Timber Timbre. Plus, Martha Rose, Colin Stetson and a few others. I’m very grateful for all of their amazing contributions!

Do you tend to thrive as a songwriter in a collaborative situation?

Yes I suppose so. When I write I find it very easy to be critical of my own music, but when a musician I trust adds something to it I almost always love their contribution and can start to see my music in a different light. Then often it will give me fresh ideas too and the piece can evolve.

Do you have a specific process when composing songs?

They tend to start with recording either a guitar or modular synth improvisation, which I’ll leave for a week or two to get some distance from and then listen through it, cut out some of the stronger ideas and develop them. I generally play most of the instruments myself so the writing and recording process tend to be one and the same, rather than writing in a rehearsal room with a band. In the past I’ve generally not had other people add things to the tracks until fairly late in the process but I’m trying to get other musicians involved much earlier now so they have more of an opportunity to shape the music.

What’s the thinking behind Detritus?

It came from this idea of improvising and then just keeping the good bits. When making this one, I found that tidying things up too much actually ruined the music and ended up leaving in a lot of the mess. In the recording session files I had labelled a lot of the tracks ‘detritus’ and the name seemed like a good fit for the album.

How did the collaboration with Colin Stetson come about and what was that experience like?

I had a repetitive melody on an analog synth in one of the songs and it reminded me of Colin Stetson’s playing. I’ve not met him, I just emailed him and asked nicely! He recorded the part on tenor saxophone and also added a counter melody and an earth shattering bass part on the contrabass clarinet. He sent the parts over and it took the song in a different direction. That’s partly why I mentioned earlier I want to get other musicians involved earlier in the process in future.


{ ; } }
The record is pretty difficult to pin down. How would you describe the music you make?

I suppose I prefer not to! For some reason it’s the question all musicians hate most. I don’t think it’s ‘jazz’ exactly but it’s definitely strongly influenced by jazz. It’s harmonically adventurous and uses some ‘jazzy’ instrumentation like saxophone and vibraphone but doesn’t really swing or follow jazz structures or engage with the jazz tradition. It’s also very electronic but I don’t come from a dance music background really, so it’s not really related to any specific genre of electronic music. A lot of the bands I’ve played with over the last decade or so have been folk, indie, pop and rock bands and that must have had an influence but I don’t think you’d use any of those words to describe it. And there is a big influence from seventies European film soundtracks but obviously it isn’t one of those. So yes it’s diverse… there’s something for everyone to hate!

How do you think your music has evolved since Concrete was released?

Concrete was a bit more lead by the guitar and I’ve tried to do that less on Detritus. Also, I hadn’t played my own music much live before Concrete came out and I think that’s had an influence. Playing live is perhaps part of what inspired me to abandon the quest for perfection and embrace the detritus!

The nineties Chicago post-rock scene – bands like Tortoise, Chicago Underground Duo/Trio, Brokeback, Isotope 217 and all of Rob Mazurek’s projects have really inspired me the most. That and free improv stuff like Peter Brotzmann, Phil Minton, John Edwards, nineties Warp stuff, Ornette Coleman, Faust and other seventies German music. But probably most of all, my music making friends like James Holden, This Is The Kit, Rozi Plain, Villagers, Emma Gatrill, Hamilton Yarns, Wovoka Gentle, Alabaster dePlume – they all inspire me to make music on a daily basis.

Do you have any plans to tour this album and if so, what can audiences expect?

Yes, but I haven’t quite worked it out yet. Hopefully it’ll be with a band and it would be my dream to have a string section or small orchestra for a one-off big show. I improvised a lot when touring Concrete as I get bored easily playing the same thing night after night, so that is likely to continue.

The album is out 15 November and then we also have some great remixes by the likes of John Herndon, Will Young from BEAK> and Modern Nature, Conor O’Brien of Villagers and more. Plus a few tracks that didn’t fit the album, so they should all see the light of day at some point. Also we’re planning to release a Maida Vale session I did with James Holden and Mark Holub (drummer of Led Bib) for Record Store Day 2020. I’ve started work on a third solo album already too.

Detritus is released on 15 November via Willkommen.