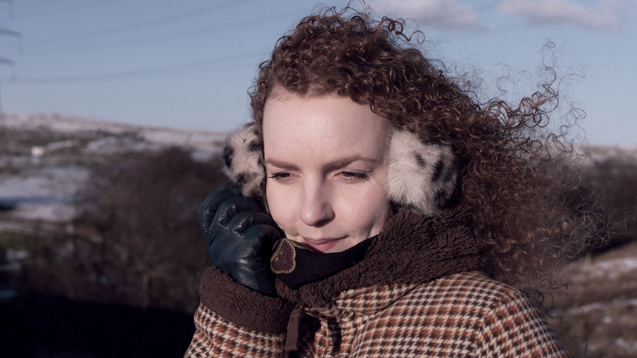 Alison Cooper is the otherworldly voice and vision behind the fairytale folk of Magpahi. We learn how she's drawing on herbalism, magic and mysticism for her new sounds...

Alison Cooper is the otherworldly voice and vision behind the fairytale folk of Magpahi.

The Lancashire native’s whimsical acoustics and sepia stories have been quietly ebbing and flowing on the fringes of folk for a decade, gently influencing our perceptions of the here and now.

From arcane sorcery and antiquated poems to the magic of nature, Alison researches and records Britain’s hidden histories, bringing new legitimacy to our old ways.

Her gossamer recordings and falsetto harmonies have graced labels including Jane Weaver’s Bird imprint, Finders Keepers and more recently Folklore Tapes, where she engrossed herself in the witchcraft of old Devon.

Over the last couple of years she’s also created a score to archive footage from the Yorkshire Film Archive for Hebden Bridge Arts Festival and played a live score on piano/synth at Bradford Threadfest's Movement in the Mills event.

We chat to her for our upcoming Folkways feature in the next print issue of M to find out how she’s drawing on herbalism, magic and mysticism to inform her new folk sounds…

What’s your relationship with folklore and traditional folk music?
My mum’s side of the family are very musical. They were a very religious, Irish catholic family. My grandma played the organ at church nearly every week for 45 years. We used to go occasionally to sing. My grandad was a singer. Then my mum used to listen to folk music, she had the Incredible String Band on vinyl.

Where I lived was quite isolated, being a little valley in Lancashire. Every Easter Saturday there was a folk Morris troop who would dance around the boundaries of the town. It was quite a big thing.

When my mum and dad first moved to that area, they weren’t from Lancashire so they didn’t know the local customs. My mum told this story about how on New Year’s Eve people would come into the house. They knocked on the door and just went in. They’d go around the whole house pretending to clean everything and humming at the same time. They were called Mummers. You had to give them money or you would try to make them laugh. My mum didn’t know what to do because they’d literally just moved to the area. They were really freaked out!

Are those traditions still alive and well now do you think?
The mumming definitely that doesn’t happen anymore. Maybe by the end of the seventies it was coming to an end.

I looked into my family history on my mum’s side. My grandma’s grandma became a midwife, and that was before the NHS. She was probably a wise woman in the local community and she would have given advice to women on healthcare and different things.

My grandma was quite interested in herbal medicine. That knowledge has been largely lost through the generations because now we are very much reliant on modern medicine. A lot of folklore is linked to herbal medicine and nature and how you relate to the environment around you.

Do you think there’s knowledge about all this stuff locked up in old folk songs?
Yes, definitely. I think there are songs and stories to be told. I also work part time at an art gallery which has a local authority museum attached. It influences my music because I find material culture really interesting. I can work on a project for the museum and hold objects from 2,000 years ago. I think about the values of the people who made them and what they were thinking at the time. How was their life lived?

Material culture is a portal into another dimension. Even objects can tell stories of how people lived and how things have changed so dramatically through time. That’s really what got me interested in history in the first place. Especially from a gender perspective, thinking about women and their place in society and how things have slowly changed.

So yes, I think it’s true, traditional songs do tell stories from the past. Some stories do transcend into current times. But others don’t fit with the political, social, gender and equality progress we’ve made. I think maybe some songs are just a lesson about history how we’ve changed positively through time.

How do these ideas relate to the music you’ve made for the Folklore Tapes and A Year in the Country labels?
The song I wrote for A Year in the Country is called Hawthorn Heart. I’ve been doing a lot of research into herbal medicine in the last year and half and I didn’t realise you can use the leaves, flowers and berries of the hawthorn. The plant is really good for your heart. I wanted to link those two things together. I’m increasingly finding through my research that these different parts of nature can have their own spirits and they come out in the music when you’re writing it. So, I suppose I research topics, then use music to appropriate it, rather than research traditional music, if that makes sense.

Is there an oral culture and tradition which is still accessible to you now?
I think it does still exist in some aspects, but it varies so much from person to person and from culture to culture. I suppose it just depends from family to family what the personal experiences of those people are, because if you haven’t had the experiences you’re not going to be able to pass them on.

Are you conscious of trying to pass your experiences on through music?
It depends what resonates with me at the time, and what things are coming into my life. With Folklore Tapes, David asked if I would write some music linked to Devon and its folklore. So I went away and researched and found Theo Brown. I ordered loads of stuff off the internet, books and little pamphlets, and I was really engrossed by it all.

But then with other music I’ve done in the past, it has been the voice of a traditional person coming through, celebrating those people as ghosts coming into the future.

Are you writing new stuff at the moment?
I’ve got a lot of songs that I’ve written but have never recorded. I have my great grandma’s piano and I love playing that. I like making new things up but I’m not very good at sitting down and getting on with the recording. I think I’m going to try to be a bit more focused next year to do that. There are lots of songs and ideas – I just need to be firm with myself.

Read our interview with Folklore Tapes' David Chatton Barker.
Features
Back to top