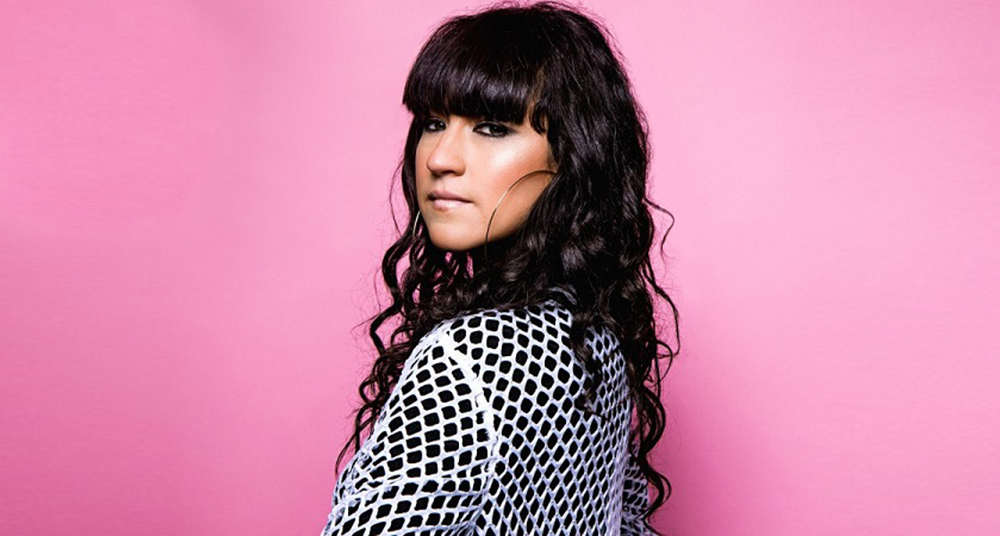 Louise Golbey’s soulful, jazz-tinged sound has over the years seen her gracing the stages of Glastonbury and the Isle of Wight Festival, as well as performing alongside the likes of Ed Sheeran and George Benson.

Louise has recently launched her own podcast, What You Didn’t Know About, which sees her interviewing some of the UK’s most successful songwriters to discuss their work, their careers and their writing process.

We caught up with her to find out more about the podcast and how she's coping in the current climate.

Hi Louise, thanks for taking the time to chat to us! Where are you holed up at the moment?

I am at home in Greenwich, looking over the river. I have been told I have the best lockdown view in London, so I'm feeling very grateful.

Can you start by telling us a bit about the podcast and why you decided to start it?

The podcast sees me interviewing UK songwriters, discussing their work, careers, their writing process, and getting the meaning behind certain lyrics.

Myself and Bernard Achampong from Unedited (the podcast production company) first discussed the idea last summer and started putting the wheels in motion. We wrote down a list of people we already had in mind and/or already had a relationship with to interview. We both know Michelle and put the idea to her, and she was excited to be involved. We were so thrilled that she said yes!

Michelle Escoffery was the guest on your first episode. Can you tell M readers who are yet to tune in if Michelle gave away any of her key songwriting tips?

She was such a great first guest, not only does she have a wealth of experience, but she also teaches on the Songwriting Masters course at Tileyard Education. She gave lots of useful tips and insights into her songwriting. One of the most interesting things I found out was that she said that when she is brought in by a label to write for an artist. Michelle really tries to get to know the artist first, she asks them about themselves, how they are feeling, if they are going through anything they want to express. That means any lyrics that come out of the session will mean something and feel more real.

Have your discussions so far given you any particularly unique insights into well-known songs?

Yes they have. I mean, one thing from Michelle's interview is that I didn't know that Liberty X’s track Just  A Little (which Michelle won an Ivor Novello and was in PRS for Music’s top 100 songs of the century list for) was originally written for Tom Jones. So the lyrics had a completely different origin.

What do you look for in a guest?

We’ve been lucky in getting some really successful songwriters. That was just a pipe dream when we first talked about it. I can't give too much away but we have great guests lined-up for interviews.

People who are open to talking about their processes, letting us in on some trade secrets behind certain songs and giving listeners tips for songwriting. Some of our guests are songwriters whose name people might not know, but are behind very well-known songs. Others are artists who are also songwriters and mainly write for their own artist projects.

Have you found any unexpected sources of inspiration whilst in lockdown?

I have actually been surprised how creative and busy I’ve been. I’m lucky in that I already have a recording set up at home, so I have been able to do lots of writing and recording here. I’ve been recording a few live videos for social media and done a few remote collaborations which has been fun.

The podcast has of course been keeping me busy, researching and prepping for interviews and promoting the first episode.

Inspiration wise, I think just being motivated to keep creative has been inspiring me. I did also write a song about isolation for a DJ in the USA.

What are your golden rules when it comes to staying creative at home?

Staying active. Fitness is a big part of my schedule and also often my excuse to get some fresh air. I am missing the vitamin D right now. Being creative and productive is important to me but it’s important to learn to not feel guilty if you have a non-productive day.

I read a really interesting article the other day that said there’s a lot on social media at the moment that’s putting pressure on us to be productive during this time, make the most of your 'free' time and so on. But actually, you also need time to rest and reflect. The world is a strange place right now and we all need to deal with it in the way that’s best for us.

What are your future plans for the podcast, coronavirus permitting?

Well, we very are lucky that with technology we are able to continue the podcast interviews during lockdown using video calls, although we did Michelle's interview in person back in October. It’s a good time to be promoting a product like a podcast because people have more time on their hands. We are doing four episodes per series, one a month. The next episode will be out mid-May.

We'll then work out when the next series comes out.

Is there anything else you're working on at the moment that are readers should keep an ear/eye out for?

I am working on my 'difficult' second album at the moment. Lockdown has unfortunately slowed down the process as I am unable to get into the studios with the producers. We are doing some virtual sessions but it's not quite the same. All of the tracks are written, and some are ready to go, but it still needs mixing and mastering.

I can work on the artwork and track listing in the meantime though. Plus, the first single from the album will be out soon so will be promoting that. We’re planning on doing a music video for that, lockdown style!

Unfortunately, with the loss of gig income, my budget for the album has swiftly gone down so trying to come up with a plan to still release it in Autumn anyway. But yes, watch this space. In the meantime, I am just pushing my back catalogue and videos out as much as possible.

Listen to the first episode of What You Didn't Know About, with Michelle Escoffery.