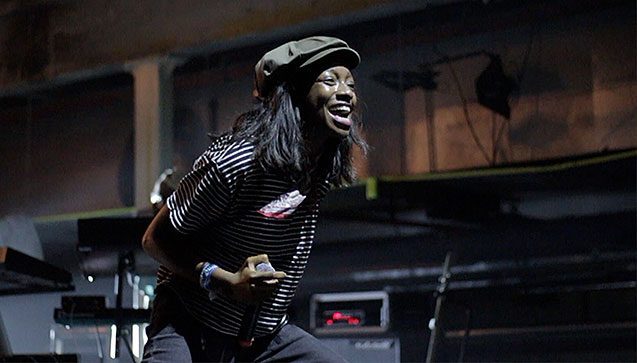 The UK's hardest working emcee/producer lets us in on the health of independent music in 2017 and how album number three is shaping up...

Following on from A Curious Tale of Trials + Persons (2015) and Stillness In Wonderland (2016), demand for her acerbic sound has taken her to the States and back, first to support Lauryn Hill in New York and then to slay the 2017 SXSW crowd in Austin, Texas.

As well as all the recording time and Stateside jaunts, the firebrand rapper also found the time to host the Little Simz Presents Welcome To Wonderland festival at the Roundhouse in February, which she curated and performed at, alongside Nérija, Sipprell and Space Age.

Last month, she took to the stage with fellow rising grime artist Ghetts at Afropunk: London, and will round off the rest of the year with back-to-back live dates from Sydney to Stockholm.