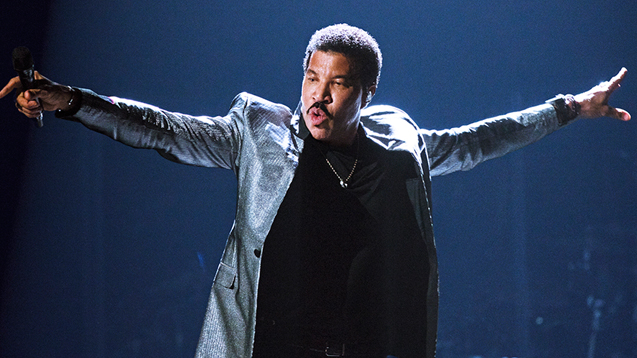 The ultimate hitmaker on the moment he knew music for him, why he thinks singing ‘I love you’ will never go out of fashion and how Glastonbury became so important to him...

From huge hits like Dancing on the Ceiling and We Are the World to winning an Oscar and smashing Glastonbury Festival, Lionel Richie remains one of pop’s brightest stars. Jim Ottewill catches up with the hitmaker to find out why he believes singing ‘I love you’ will never go out of fashion…

‘Hello? Is it me you’re looking for?’ More than 40 years into Lionel Richie’s glittering, showbiz-filled career and the answer is still an emphatic yes. Goodbyes can be tough but with Lionel it doesn’t matter - there’s no need for farewells just yet.

From globe-trotting success with legendary funk and soul outfit, the Commodores, to the glitz and glamour of a multi-million-selling solo career and a recent star turn as a judge on hit US show American Idol, few names are more household than his.

Lionel’s career shows no sign of slowing, with the addition of the PRS for Music Special International Award at The Ivors 2018 to what one would assume to be several mantelpieces already buckling under the weight of his accolades.

‘I’m the biggest fan in the world of songwriters so this means a lot,’ says the star. Despite an unrivalled career with multiple Grammys under his belt, Lionel is still remarkably humble, particularly about this latest triumph presented to him by Ed Sheeran at the star-studded bash.

He continues: ‘From looking at the past award winners, I consider this to be right at the top of the food chain.’

The Ivor Novello Award should come as no surprise for anyone even vaguely in touch with the last few decades of pop. Lionel commands a songbook bedazzling with musical riches that have gone beyond mere songs: his hits are deeply ingrained within popular culture: Three Times a Lady, Dancing on the Ceiling, Say You, Say Me, Hello, Endless Love with Diana Ross and many, many more. As a solo artist, Lionel was known as king of the ballad, his songs aural aphrodisiacs soundtracking the creation of an entire generation via some of pop’s most romantic moments. If love is a drug, then he’s one of its biggest dealers.

‘Simplicity has always been key to my songwriting,’ says the star when unpicking the creative process. ‘To just say it like it is, common words that everyone uses every day. “I love you” will never go out of style.’

Are there any secrets he can divulge when it comes to the magic formula needed to birth a hit?

‘Only that a song must be relatable. It must be able to touch an emotion. My success is based on keeping it simple.’ 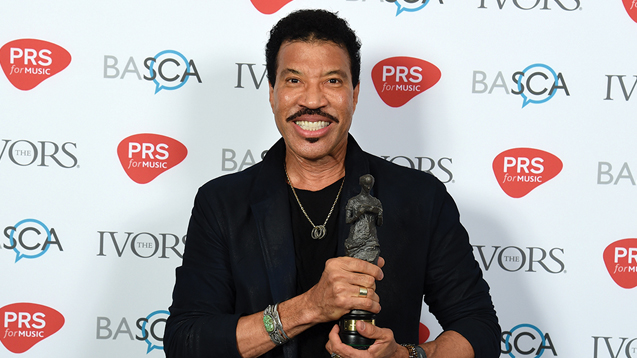 Born in Tuskegee, Alabama, Lionel’s early musical loves were RnB and soul, passions he channelled into the Commodores. Signed by the Motown hit factory, it was there that his songwriting romance turned into a full-blown affair, with timeless classics gushing from him. At what point did he know music was for him?

‘The day the girls on the first three rows screamed and said: “I love you Lionel”. It also helped when I found out you could get paid for something you really love to do.’

The group's popularity took them around the world, performing to huge crowds from Europe to Australia and beyond. ‘Half of the stories I can't tell you,’ laughs Lionel. ‘Every imaginable thing I learned as a young man from 22 years old on, I learned with the Commodores. It was the first time I discovered I was a songwriter. We were not always right, but never wrong.’

As Lionel gradually accepted more songwriting projects outside the Commodores, a solo career became an inevitable if not tricky pill to swallow.

‘Going it alone was incredibly difficult for me,’ he remembers. ‘I had developed a bond with the Commodores that was almost like family. They were the only band I had ever been in. But it was clear that after Endless Love and Truly, the next level was to come.’

No one could have predicted that this next level would turn into over 40 years at the top of the hit parade. From striking it alone back in 1982 with his eponymous debut solo release, his rise has been stratospheric. Are there any particular moments he can single out?

‘It’s all been a highlight: we started with the first worldwide hit record – Three Times a Lady. Then of course, the Oscar and Golden Globe for Say You, Say Me; the worldwide event for We Are The World [written with Michael Jackson], where we received a Grammy for Song of the Year. From there to the 1984 Olympics and performing All Night Long. And other great events like the Kennedy Center Honors and Glastonbury.’

Ah yes, Glastonbury. His triumphant Sunday afternoon set in 2015 was the biggest party of the weekend, while also proving to be smoother and more polished than anything the Pyramid stage had ever seen. Alongside American Idol and his place as a judge with Katy Perry, it’s ensured his songs have made a mark on a whole new generation of music lovers.

‘It was one of the highlights of my entire life,’ remembers Lionel. ‘And confirmation to me that I will never stop singing. There were two things I was not expecting at Glastonbury; one was the sun. And two, the crowd ranged from all ages. It just goes to show that the songs are more famous than I am.’

He may think his music is bigger than him, but Lionel is also much larger than life. An uncanny knack to own and acknowledge his public persona, look and past has helped his career flourish in the digital age. His insta-friendly eighties style is perfect for our social media obsessed times, meaning he’s perched in a peculiar space in the cultural cosmos. Bestival thought fit to build a giant sculpture of Lionel’s head back in the early 2010s while Hello’s lyrics and accompanying video make for thumb-stopping meme fodder. While Lionel is a serious songwriter, he’s unafraid to embrace or acknowledge his slightly silly side.

Take All Night Long and its legendary lyrics ‘Tom bo li de say de moi ya’ and ‘Jambo jumbo’. Their meaning has been debated since the song first became a global smash but it turns out there’s not much to them…

‘I’ve been complimented my entire career on how I managed to weave that African phase into that song. But I can announce with pride they mean nothing. I just made them up. They told me there were 101 African dialects. Now there are 102.’

At the same time, songwriting is a serious business and Lionel is passionate about ensuring creators are rewarded for their efforts. Citing heavy hitters like Bruno Mars, Ed Sheeran and The Weeknd as current favourites, he’s concerned by the technological changes sweeping through the industry.

‘I’m waiting for the day when songwriters get paid fairly again for their work,’ he says. ‘We are a business and songwriters are master craftsman with families to raise and livelihoods to be maintained. Our craft needs to be thought of as an occupation instead of something we do purely for fun.’

Amen to that but what next for Lionel? With American Idol now wrapped up, his All the Hits live juggernaut continues to roll around the globe, bringing a Vegas vibe to the UK this summer. It shows no sign of slowing, a mega-party that’s as alive and as a vital as its host.

‘My adventures with American Idol gave me the opportunity to share my knowledge with up and coming artists and the world of business,’ he says. ‘But touring and songwriting will always be a part of my equation. I absolutely love performing. It will never get old as long as the crowd carry on singing louder than I do…’