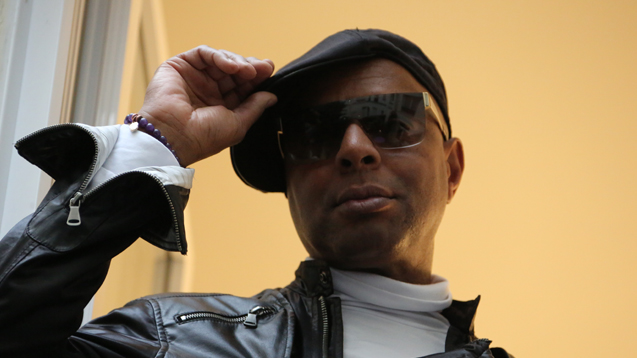 Legendary singer songwriter Leee John of Imagination gives us the story behind his new album, Retropia…

Since first lighting up pop during the 1980s and hitting the high end of the charts thanks to an impressive run of hits such as Body Talk, Just An Illusion, Flashback, Music & Lights and Changes with Imagination, the multi-award-winning British soul group’s songwriter Leee has enjoyed a prolific career. He's proven to be behind a huge body of work as a solo artist, collaborator, songwriter, producer and, more recently, a filmmaker.

Retropia is his forthcoming album (out this Friday 9 June) and sees Leee delving back through unreleased music and cover versions to provide a distinctive and classy collection of songs. We caught up with Leee to find out more about his the record as well as the other projects keeping him busy…

I’ve just finished a rehearsal, as I’ve got loads of festivals and shows coming up. I’m in and out like a yo-yo, doing promotion over here for the album, working on the film.

The new album Retropia is out soon - what’s the record about?

It started out that there were songs that I’d been performing for a few years. First off, I had my Imagination band, but there was my jazz quartet. Sometimes, I work with an orchestra. I’m doing things abroad. So, I have quite an eclectic mantle when it comes to my music.

I started to collate songs that I’d written and never put on any albums, and thought, “You know what? I want to kind of reach back.”

Some fans will know a couple of the songs because I’ve performed them in shows. You know, like Hello Goodbye, Utopia, which is one of the tracks on the album, and Fantasia, which was a huge underground track I did in the nineties.

I decided to update it, and add more to it and that was the track. I’ve got this wicked bass player, Rob Mullarkey. He’s on all the album. I’ve got Miles Danso, who plays a lot with the cream of jazz in the UK.

Who else is on the record?

I’ve got two songs that, incidentally, were pushed my way by Bluey of Incognito. They were just like rough ideas, and I took them and turned them upside down, inside out, and created, and wrote the melodies. These are tracks called Secrets and Do It Right Now.

Another song is one I’d written in 1983, called Make Your Mind Up, and it was right in the hype of Imagination fury.

We’d written this song, and it was not right for the third Imagination or fourth Imagination album. But, when we went to BMG, they signed us on the strength of that one song, and we never used it.

Toby Baker, who co-wrote it with me and co-produced some of the music, he said, you know, “we’re getting on now, this song is never going to see the light of day”.

Some sad things on the album, because my sister passed. The day that she had her accident, I was in Munich working with another writer/producer on this song called Brighter Day. I pulled at my feelings for that, you know?

With the whole record, there’s soul, there’s funk, there’s jazz. There’s a bit of everything. But, I kind of feel I wanted to groove and I wanted to dance.

I wanted to listen to it like if I was hearing the Brothers Johnson or The Whispers, And The Beat Goes On.

I want to get down and funk, you know? That was the whole kind of feeling. Though I had all these losses in my life, I kind of felt, “You know, I’ve got to pay something back to this era”. I didn’t want it to be kitsch, I wanted to be just how we felt it.

You’ve also got Dennis Bovell on the record - how did that collaboration come about?

Yes to top it off, one of the bonus tracks, Police & Thieves, is a cover with Dennis.

He’s done Alpha Blondy, he just had, I think, a Grammy with Joss Stone. He obviously wrote Silly Games for Janet Kay. We’ve known each other for a long time, and I just said, “Do you want to go back to the sound system days?"

I wanted to hear the dub, I wanted to feel that, those echoes and delays. So, we went to Muswell Hill and did that.

You’re also working on a film?

How has the project grown since you began?

Well, it’s like an eruption. Before, it was going to be just a theatrical release film, and now it’s going to be an eight-part series. So, it’s just one of those things where we want to finish it by the end of this year.

When I came into the industry, I was speaking to so many different people who contributed to UK and British black music, and some of them never, ever got to say their stories or what was behind it. One interview I've done is with singer Clem Curtis of The Foundations.

They had Baby Now I’ve Found You, Build Me Up Buttercup. They were in the sixties and one of the first British black bands. I luckily got a chance to interview Clem. So, Flashback has opened another world for me in some ways.

For young songwriters, I truly believe that you must push the limits of your ability, brain, environment, of your very existence. You really need to push it as far as you can go, and don’t let anyone hold you back.

If you can think it, you can do it, you know? I think that’s a very important factor. You must have a wide, viewpoint to ideas, so therefore it will never stop your growth. Never stop learning and keep educating yourself particularly about artists. All the secrets to music are written in the past. You know, like the Old Testament scrolls, that’s how music is.

Retropia is released on 9 June on Cristal Records.

Visit leeejohn.com to find out more.