Laura Smyth, archive director at the English Folk Dance and Song Society (EFDSS), on what constitutes folk music in 2016 and how artists today can learn from the old ways...

‘What's a folk song? It's a song sung by a folk singer! Well, what's a folk singer? A singer who sings folk songs!’ jokes Laura Smyth, director of the Vaughn Williams Memorial Library at the English Folk Dance and Song Society (EFDSS).

She's explaining how folk is a notoriously tricky genre to pigeonhole, as its sonic tendrils touch most corners of British pop, indie, electronics and more.

Laura has been an archivist at the society for five years, leading its efforts to preserve traditional folk music – a task which takes some of its cues from the work of late folklorist and society founder Cecil Sharp.

She considers continuity and Darwin’s survival of the fittest theory, which often dictates which songs have survived in their communities.

But the archive also looks to the present and future, taking on new music from artists such as Emily Portman, Maz O'Connor and Lisa Knapp.

In 2013, the EFDSS launched a free database of 80,000 records, lyrics and manuscripts on traditional songs, dances and customs. Its coming was celebrated with The Full English, a band EFDSS have supported to help reinvigorate this vast collection.

Here, Laura chats to us about what the archive can offer contemporary songwriters and musicians, and what constitutes folk music in 2016…

Can you tell us more about the new archive?
We released this massive database of traditional songs, dances and customs back in 2013. We made about 80,000 images of digitised items available for people who visit our website. They don't need to be a member, they can just use it how they want.

How popular has it been with songwriters?
A lot of the stuff we hear is anecdotal - if I happen to be at a gig someone might mention they got a song from The Full English project or they found it in the archives on the EFDSS website.

When we did this digitisation project we also commissioned a band called The Full English to create new music using the material from the archive. They were setting an example to show other people how to use the material. They deliberately used songs which were new to them and maybe had not been sung before in recent years. They were breathing new life into some of those songs.

What kinds of patterns and templates do you see in that music?
With traditional folk songs, there are a few patterns or templates, as you put it. Some of the older material that you'll see, like ballads, has connections with Scandinavian songs. The songs tend to be quite long with a really obvious story line that you can follow. There's a beginning, a middle and an end.

Some of those older songs have quite fantastical elements as well, so they can feature magic or ghosts or supernatural forces. They can be really intriguing, especially for more contemporary folk musicians. Alasdair Roberts still loves to sing old ballads they're just these really fascinating stories.

That's something which wouldn't be found so much in contemporary pop music but is still really appealing when it comes to folk music. I think these really interesting narratives are what draws people to it. 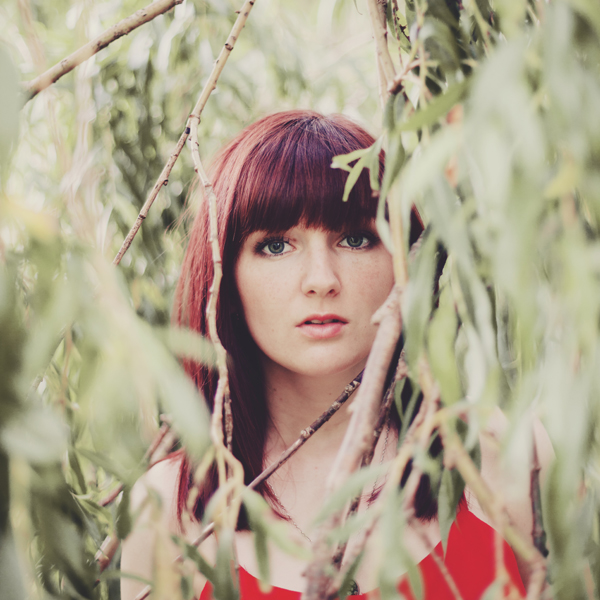 Why are these songs still relevant today?
It might not be in the most direct sense when you’re talking about a song about Napoleon, but maybe the theme can still be relevant. The fact someone is going to war and leaving their sweetheart behind, or songs about love and betrayal, are timeless and we can relate to them.

Why do you think it’s so important to preserve these archives for the future?
Well, it's just these songs have been part of our heritage for hundreds of years and they are themes that resonate with everyone, they're songs that can be sung by anyone and they belong to everybody.

Really we're trying to tell people that actually there is this music here, it's yours, do what you want with it and make use of it because they're really beautiful songs. The reason they've lasted so long is because they are such wonderful, fantastic stories, beautiful tunes, just waiting there to be used.

How do artists draw on these past traditions? What’s the repositioning process like?
Different people approach it in different ways. Obviously there are the real traditionalists who like to unearth old songs and are very keen to deliver them in the way a traditional singer may have done.

If you go back to the field recordings which were made, say, in the fifties and listened to how singers in the community sang, it was often unaccompanied, very straight solo singing. There are people out there who like to emulate that style.

Other artists or musicians like to use the material as a springboard for their own songwriting. It's quite interesting actually, the number of contemporary musicians who align themselves with folk and who maybe started out singing in folk clubs but now have become singer songwriters. They've been inspired by folk and I suppose they feel they're writing in a folk style. People like Emily Portman and Maz O'Connor and Lisa Knapp.

Emily was on the Traditional Folk degree course at Newcastle University, and started off singing in a trio, The Devil's Interval, which was doing traditional stuff. Now she does a lot of songwriting herself and obviously draws on some of these themes, such as fairytales and folklore.

There are quite a few artists at the moment who use folk as a way of generating ideas and also writing in a particular style which they like. Obviously they've been drawn to folk music and they want to create new music in that vein really.

So where does your archive stop then – what do you class as traditional and what’s contemporary?
That’s a ridiculously hard question! The running joke we have is when someone says, ‘Well, what's a folk song?’ ‘It's a song sung by a folk singer.’ Then you say, ‘Well, what is a folk singer?’ ‘A singer who sings folk songs.’ You can kind of see the situation that we're in (laughs).

Obviously, the society was set up to collect folk songs. That was at the kind of golden age of the folk revival and these early folk song collectors were deliberately going out into the countryside and collecting these songs from elderly people in isolated communities.

It was basically down to them to decide what a folk song was. In some of those old manuscripts you can find the initials NF, which collectors have written next to some lyrics. I think we've deduced NF to mean not folk.

Oh wow...
Some of the collectors had their own very strong opinions on what constituted folk music. It's not only the age of the song but also the sound of it as well. They were really interested in modal songs, ones that were written in modal keys. This was a strong indicator.

Does any of that relate to your modern-day perceptions?
Yes, so for us, when we're adding material to our collection, we're looking at whether those songs are part of that canon of folk songs and also then – and this is the tricky bit – if there's any new music which has entered into the canon or the repertoire of folk songs.

Why is that tricky?
Because, in the library, me and my staff do argue a lot about what constitutes folk (laughs). I have a personal view: ‘Is it sung by a folk singer or a traditional singer?’ They're people from the community who have learnt from their parents. ‘Is it a song which is old and has been passed down and are they performing it in a traditional way?’ That's the sort of criteria I use to determine if something is folk or not.

What’s the newest song you've got in there?
Well, the thing is, there are musicians who align themselves with folk music like Maz O'Connor, Lisa Knapp, those kind of people, and we still take their CDs because they are on the folk scene. If people are describing themselves as folk we tend to try to collect their songs if possible, but obviously our priority would be for those singing traditional songs.

We’ve got to be aware that there is a folk scene happening at the moment and not everything that's sung is hundreds of years’ old. We have to reflect that in our collection, show that this is what's happening on the scene at the moment, so that in 50 years' time if someone comes in and says, ‘What was the folk scene like in 2016?’ We're able to say, ‘These were the artists who were out, this is the kind of stuff that they were singing. This is what people were listening to.’

Do you think the folk scene is thriving in 2016 and what are its biggest challenges looking forward?
I'm very much a traditionalist, I do like to sing traditional songs myself and go to folk clubs and things. I think it's interesting that we've had what people are calling a resurgence rather than a revival over the past five to 10 years. People have become interested in folk and there are lots of bands that have come out that are calling themselves folk and that's absolutely wonderful.

My hope is that when people start to explore further so they come across the traditional music and take an interest in that as well. I'd like to see more traditional songs being used and spread around. I'd love to see more music-making at the grassroots level. Traditional music isn’t just for the music professionals – it’s for everyone. So more singing in pubs and informal settings please!

Laura spoke to us for our Folkways feature in the forthcoming print issue of M.