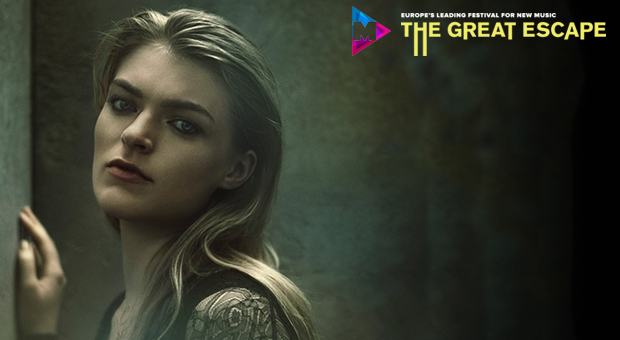 'With music and performing there's no hiding how you feel': tipped anti-diva Laura Doggett on her upcoming TGE show...

So far, across a clutch of acclaimed releases, she has shown herself as a confident, capable songwriter, occupying the same space as her musical icons Kate Bush, Imogen Heap and Tracy Chapman.

Her latest release for RCA Records is the stunning Into the Glass EP, which dropped earlier this week and more than delivers on the promise of her previous singles.

Now gearing up for a handful of festival dates this summer, Laura will be putting in a few live appearances over the coming weeks (full details below) – including a much anticipated show at The Great Escape on Thursday 14 May.

It’s been a really hectic 12 months for you – how do you keep a clear head?
I think most people who know me are very aware that I don't ever have a clear head! But songwriting, and writing down thoughts and to-do lists, are the key for me. But then I find I just have a thousand pieces of paper lying around and a thousand text edits open on my mac, so I need a way of organising the system that was organising my thoughts; inception... Ha!

So pretty much I try to do things when I think of them. That's the only way to remove them and create a clean slate. Often I fail at this, but I'm on a long journey of self-improvement at the moment and that's something I'm battling with now, especially in this age of procrastination and social media.

Your music has a dark and deep edge – where does that come from?
I am a very optimistic happy person, however I've always only been interested in writing about darker subjects. I'm passionate about what's happening in the world, human rights and animal rights and they're the things that get me going. I love to analyse people and why we do the things we do and feel what we do. Human behaviour and triggers and emotions and hands-on subjects (I'm currently moving my hands like they're clutching a giant orange to try to explain this feeling). So although I love being my bubbly self day-to-day, my music very much reflects and releases the more passionate and forceful side of my nature.

Where do you best like to write your music? How does it tend to take shape?
I'm currently in bed and I just recorded an idea onto my phone which was a lyric with a melody. I've got a rhythm in my head that I think will help shape it into an upbeat idea, so now I'm going to go and steam and do vocal exercises, and then sit with that rhythm and get it to a place where I can show my friend tomorrow and we can work on it together :-)

That's the hard thing about coming up with new ideas in 2015 - you think they are so authentic until you realise you're not the first person to write a song about that topic! But that's what I want to do - to find new ways of exploring subjects, making them fresh and catchy and relevant to popular music today whilst saying something interesting and important and not repeating everyone else like a parrot.

What are the main influences on your sound?
Love synths. Sythns sytnhs sythnsnsnsns. I'm originally based at the piano, but I love to move into a more ethereal world of bigger sounds that reflect the meaning of the song and take you outside of the room that you're in into the space of the song.

Sonically I love Annie Lennox, Enya, Moby, and film soundtracks such as The Beach, Wild, Into the Wild, Drive and loads more. I want my music to be a body of work that isn't a slave to a genre, but tells an individual story for each song.

What are you looking forward to most about The Great Escape?
I love Brighton! It's so free-thinking and vibey. I'm excited as it's one of the first festivals I'll play this year! There are so many awesome acts on and I want to just have fun and meet as many different people as possible.

Do you approach showcase gigs like The Great Escape differently to regular live sets?
Not at all, I just go off the vibe on the night. Some nights I'll want to chat away and embarrass myself and other nights I'll be feeling restful and just play the songs as they are, letting the audience feel the vibe from them. I prefer it like that but sometimes I can't help but natter...

With music and performing there's no hiding how you feel. For me it's not an act, even though perhaps it should be! I just get up there and be who I am at that moment in time. It's so easy to over-think it and there's lots of pressure to be the same and consistent - and yes, that can make for a powerful show, but it's not a play. It's a chance for me to be me, and to interact with those making my music career possible.

What do you hope to get out of going down there this year?
Meeting some new fans, having a fun show, it's such a great place to be with so many new artists form all over the world showcasing and sharing the festival together. I'm hoping it'll feel like a community.

If you could perform with anyone onstage at The Great Escape, who would it be?
I'd love to just casually welcome Tracy Chapman up on the stage and sing Talkin' Bout a Revolution. Dreamy.

What gigs are you looking forward to catching at the festival?
Alabama Shakes, Kate Tempest, Aquilo, Mapei. There's definitely more, I hope I can catch some people in between the hectic whirl of tour bus and stage and tour bus again!