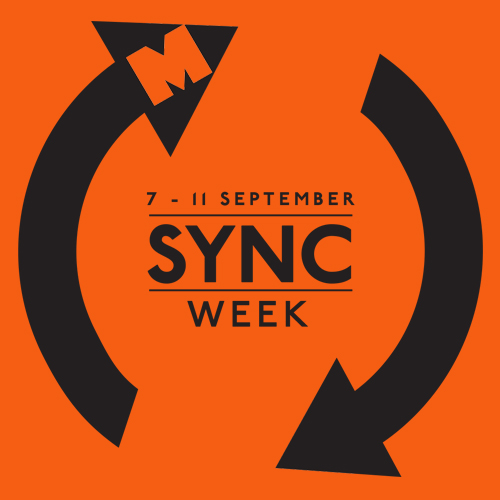 Bucks Music Group songwriters Lank & Tank recently worked with BT Sport to create a raft of original music for its new on-air branding, covering i-dents, menu soundtracks, end boards and more. We caught up with the pair to get the inside track on their biggest project to date…

The pair turned their hand to sound design, mnemonics and original composition to meet the dynamic brief and help BT Sport build a new brand identity.

Through a bold, fun and vibrant package of music, made up of 74 separate pieces, Lank & Tank created a sonic universe covering i-dents, menu soundtracks, end boards and more. The new music is now live across all BT Sport channels.

How did you get involved in the project?
It was our publisher Bucks Music who contacted us originally. They said they had an exciting pitch for us and sent over a very small brief. Straight away we knew it was right up our street.

There were a few reference tracks that they gave and a general feel they were after, which felt perfect for us.

What’s it like when you get such a scant brief? Is it easier or harder to work with?
It was an interesting one because they’d left it pretty open to start with. It was a lot more hard-hitting than we thought it might have been.

As soon as we sent across our first pitch we’ve had straight contact with BT Sport on the phone every day. So, as much as the first draft went across blind, it’s often quite nice to take the route creatives come to you with, and then do what you think it should be – which is often a loose interpretation.

The brief they gave us had lots of words like ‘colourful’, ‘dramatic’ and ‘punchy’. They talked about fast cuts.

But for us, as soon as we saw the first image, it was quite obvious how we needed to put it together. There is so much colour movement and screen changes that it really dictated to us. We mapped the movement and then tried to make it into a piece of music rather than the other way round, which I think in the end probably got us the pitch because we really tried to tailor it to the visual brand as much as possible. It was quite a bold move for BT Sport so we wanted to go with that.

What happened next after you’d mapped out the movement with music?
They wanted loads of variations on the same theme. The feedback from the main theme we sent across was, ‘we think you’ve nailed it, let’s move on to some other bits’. We sent over 74 bits of music in the end, ranging from a second to a full 60 second loop. Because they’re on so often, it was really important to get little bits of variation in each one so it constantly changed with the on-screen visuals.

We took all of the key elements and themes out of the tracks so each time we came to work on a new piece we’d go back to the original, open up a new section, pull out some key musical ideas and tweak and develop them there. We kept rotating through that process so each time there was a new visual and a new bit of music to create, it was always referencing back to the original. We would twist it into a new form so it worked coherently.

What was the main theme?
All the music is centred round a main heartbeat idea. There’s a heartbeat mnemonic in the first pitch, which they wanted us to send separately. That was incorporated into every single bit of music – all 74 parts.

Was it a challenge to create that many different versions?
Looking back on it, there was a lot to do but it was a really nice process. It was probably the smoothest thing we’ve ever done like this – and the biggest by quite a long way! We were literally on the phone every day for two or three weeks, sending something across in the morning and getting notes back in the afternoon. It really came to a point where we were rotating through all of these pieces and throwing them back and forth until everyone was happy. There was a big decision-making team at BT Sport.

It can be difficult at times but because the main theme was so right, it was agreed from the very beginning. That made it a lot easier because it became the home space that everything else stemmed from.

What have you learned from the process?
If you get that initial contact at the beginning, it makes everything easier from then on in.

It’s been fun for us because the project incorporated some sound design, it wasn’t al straight composing. We didn’t have to write a track and make it work with an image. It all came from the image to start off with. It was a refreshing approach.

Have you got any tips you could offer to other composers doing similar work?
I guess the obvious one is making sure the music matches the image really well. There are many times when we’ve written a piece of music and notice a disconnect between the music and the image.

Also, the more pitches you can do, the more you get an idea about what people want. Oddly, it doesn’t necessarily mean you’ve hit the brief – I think sometimes you have to rely on creative license and be adventurous in the interpretation process. You should be bold and go with your thoughts.

It’s often when you throw in a musical wildcard that people get excited, generally because it’s so different from everyone else’s pitch.

There are lots and lots of pitches out there. To start out with, you get attached to every pitch you put out. You allow yourself to believe you’ve got it and it’s disheartening when you don’t. You’ve got to get used to picking yourself up and trying something else.
Features
Back to top