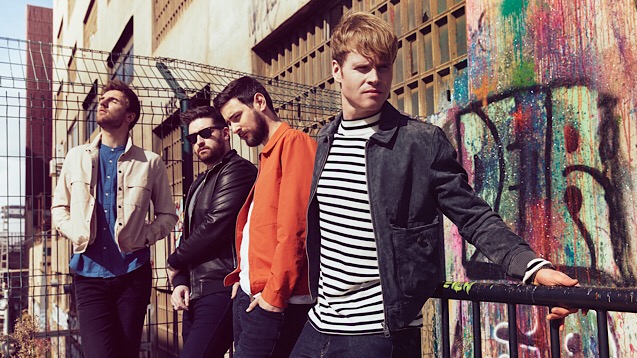 'When you know what these guys can do from their past successes, it's definitely on your mind' - Kodaline drummer Vinny May on teaming up with hitmaking talent for the band's new album.

'In the past three or four years, there’s been a massive spotlight shone on Ireland', says Vinny May, drummer of Irish powerhouse pop-rock band Kodaline.

While he cites acts like Gavin James, Hudson Taylor and Dermot Kennedy as some of the talent to come out of the country, it's clear that Kodaline have more than earned their place in that list too.

Since their early beginnings on Irish talent show You're a Star in 2006, the band (then named 21 Demands) have been in it for the long haul, carefully honing their soaring, anthemic sound over years of tours and acclaimed releases.

Their debut album, In A Perfect World has sold over a million copies worldwide to date, with streaming figures well into the hundreds of millions.

Here, we catch up with Vinny May to learn more about their ever-expanding sound...


What was the thinking behind the new album?

We didn’t want to make the same album again. This album is all about progression and evolving. For the first time, we opened up the doors to working with other producers and writers. We've been quite insular up until this point.

What was it like working with such massive hit songwriters?

When you know what these guys can do from their past successes, it's definitely on your mind but it’s not overbearing. You’re just there to service the song. If you go in trying to write a big hit, it probably won’t happen: all you can do is try.

Was there anyone in particular where it gelled really well?

We worked with Johnny McDaid on our second album, Coming Up For Air and since then have become really good friends, so when we started on this album we wanted him to play a bigger role. He executive produced and oversaw the whole recording process. Working with Johnny is incredible; he's an incredibly talented guy, lyrics are his real strong point. He just brings a whole positive energy into the studio and into the session.

Your new single Head Held High is a really feel-good, upbeat track. As a band, do you set out to create music with a certain tone?

That song was probably written about two and a half years ago, it’s one of the first tracks that we wrote for this album. We recorded it in a basement studio in London on a rainy Sunday! It was not like we were jumping around a field in Spain on a sunny day [laughs].

We wrote parts of it with Johnny McDaid and Johnny Coffer out in the kitchen of the studio. The four of us in the band were just singing, using voice memos on a phone to record. We ended up using some of that backing on the actual recording. We tried to replicate it in the studio but it wasn't the same vibe. It’s so much about what you can get in the moment.

How do you think Kodaline has changed and evolved over three albums?

We’ve grown up as people. Music is an expression and it’s kind of a little snapshot of where you were in yourself, as people and as a band in that moment in time. We've played some bigger shows and we have a bigger fan base now which is amazing and we are incredibly thankful for that.

With tracks like Follow Your Fire, I don’t know if we’d have done that if we hadn’t worked with Kygo and Steve Mac. Doing a track with Kygo two years ago heavily influenced Follow Your Fire and another track called Born Again.

What we're doing now inspires me. It makes me want to keep growing and becoming better. From coming from nothing in the space of five or six years, to being able to achieve a huge amount, it makes us hungry for more. Right now, we’re doing the biggest European tour we've ever done. The first time we played in Switzerland, we played to couple of hundred people, and now we're playing to 5,000.

How do you prepare for shows of that magnitude?

We surround ourselves with the same people. We have a lot of the same crew that we had when we first started playing those tiny pub venues. We're Irish and family is very important to Irish people. When we’re on tour, we're away from our actual families, so all these guys are our extended families. It’s really important when you’re on the road that you’re comfortable with everyone. You’re living in a tour bus, like a submarine on wheels, for five or six weeks at a time, so you want to trust the person next to you. We trust all these guys with our lives.

Is there anything you've learned as a drummer, in terms of live performance?

When we first started off, being from Ireland, everyone thinks that you’re mad drinkers. The first couple of times we were out on tour, it was like we went from playing for nothing to showing up at a venue and there'd be a case of beer and a bottle of gin. We used to drink the place dry, we did that for so long. Those first couple of tours I’d be hungover trying to do a gig. You’re not warming up, you’re not looking after yourself. After four weeks, when you come home and your family and friends want to see you, you’re literally just like 'I can’t, I need to lie in bed for a week because I feel like shit.'

Now everyone exercises a lot and we'll only drink if there’s a day off the next day. I also practice more now than I did back then. When you’re on tour, you kind of think that you don’t need to do anything but you need to keep practising and looking after your physical and mental health while you're away. I think I’ve got better at that now.

Really healthy, really vibrant - it’s amazing. In the past three or four years there’s been a massive spotlight shone on Ireland. Everybody knows U2 but The Script are massive, there's Hozier, Gavin James, bands like Hudson Taylor, Dermot Kennedy. There are some amazingly talented people coming out of Ireland.

What’s next for Kodaline?

We're on tour now pretty much up until Christmas, between Europe and America. We're supporting Snow Patrol on an arena tour in the UK at the end of January, so that’s going to be good. It’s going to be non-stop until the end of next summer and then hopefully we will announce our own UK headline show. 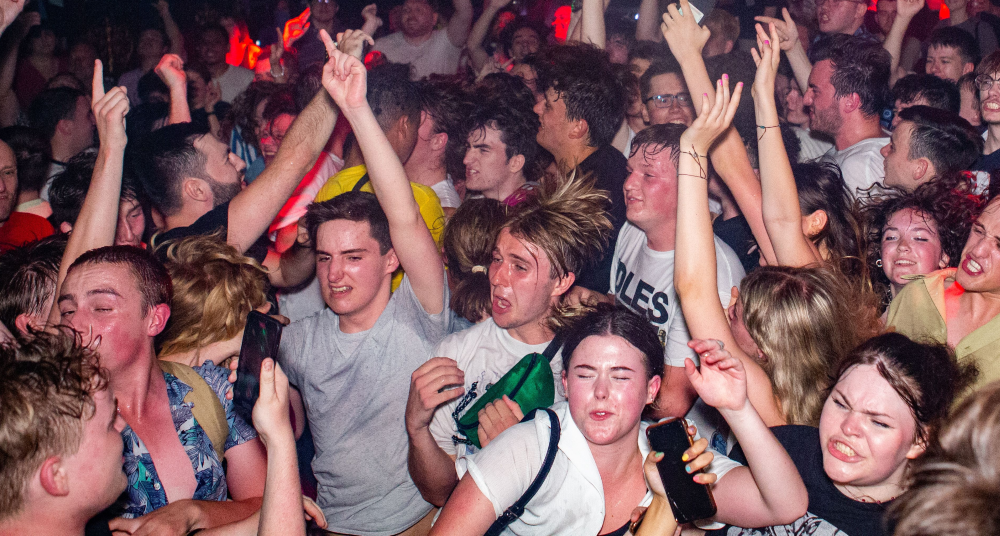