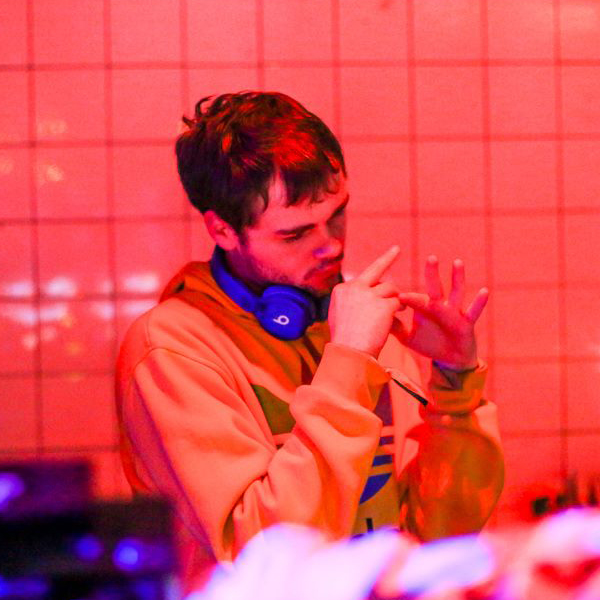 ‘My first musical experience was the rave’. We pry under the hood of dance bandit Turbo’s Kane West to see what’s making his bpms tick…

What does the future of club music look like? If you’re Kane West, then you’ll see it everytime you look in the mirror. That is if you believe his hype.

But Kane might just turn out to be right. West, not to be confused with Kim Kardashian’s other half, is the alter ego of Gus Lobban, a member of J-Pop upstarts Kero Kero Bonito. He began this solo alias as a joke but is rapidly becoming taken (fairly) seriously for his productions of ace futuristic rave music. Imagine Chicago house dreamed up by New York producer Maurice Fulton made on children’s instruments and you’re getting close to the music Kane is peddling.

He dropped a free EP called Western Beats last year, and came on Turbo's radar with his winning entry in a Tiga-organised remix contest. Now this PC-Music affiliate is picking up heat from the web’s trendiest corners and looking for 'world domination' as he puts it. We take a peak under his musical hood to see what’s bleeping…

What were your first musical experiences? Was there a moment or piece of music that got you into sounds?

My first musical experience was the rave. Pacific State by 808 State opened my eyes.

You’re known as a member of Kero Kero Bonito - how did you start making your own music as Kane West?

I've made dance music since I was 12, as soon as I found some gear.

How have you evolved as a songwriter?

What are you aiming to achieve as Kane?

How do you approach the creative process? Have you got a set way of working?

I turn my monitors up, jam on my gear and feel the groove. If I can't dance, it's no good.

How did you hook up with Tiga?

I won his remix contest with a joke entry.

PC Music has been much talked over the last 18 months - what are your thoughts on the sound? Are the artists working within this music breaking new ground? And does being part of this scene help or hinder?

Those guys are making great club music. I love playing their parties, but I'm following my own path.

Which producers are doing their bit to innovate and push boundaries?

Everyone on the Comeme label, they make true dance music.

What’s been the best party you’ve played at over the last few months?

My own EP launch show.

Have you got any advice for aspiring music makers?

If I can release a song made exclusively with a toy Yamaha drum pad on a well-respected dance label and get it reviewed by Resident Advisor, you can do pretty much anything.

What do you think the future of pop music looks/sounds/smells like?

Upcoming shows in three different continents. See you there.