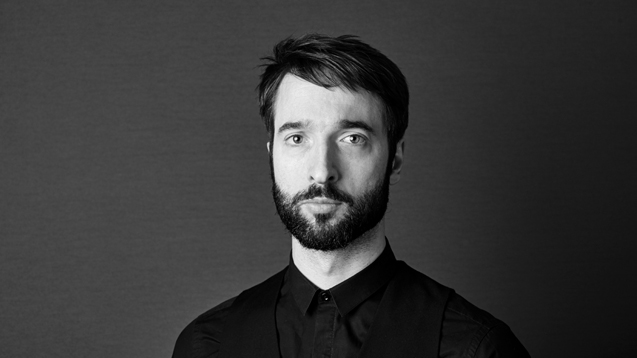 ‘If we can get through it and stay alive, we’ll be all good’: composer, conductor and sonic alchemist Jules Buckley on his upcoming BBC Proms and the challenge of transforming grime into classical…

For composer, conductor and arranger, Jules Buckley, genres are aural concepts to smelt and twist into new and exciting sonic shapes.

At 37 he’s achieved much, leading the Heritage Orchestra and Metropole Orkestra and amassing an astonishing discography of 53 albums, more than many artists achieve in a lifetime.

His list of collaborators makes for astonishing reading. Having worked with the likes of Quincy Jones, Arctic Monkeys and Stormzy to name just a few, Jules is also one of the master minds behind Ibiza Classics with Pete Tong, the stadium smashing live classical take on dance anthems.

This summer will see him present two proms as part of the BBC season, The Songs of Scott Walker (1967 – 1970) with John Grant and Jarvis Cocker and Beneath The Underdog: Mingus Revisited, with Shabaka Hutchings.

Ahead of the dates, we caught up with Jules to learn more about his creative evolution and love for cross-pollinating musical styles…

My dad had a huge record collection so listening to music became common. Even from the youngest years, the thrill and the sensation of hearing this pressure on your ears, these sound waves in this way that evoke emotions within you, I found it amazing.

When did the Heritage Orchestra begin?

I got a place at the Guildhall School of Music. I started as a jazz trumpet player and eventually changed my focus to classical composition.

In my last year I set up the Heritage Orchestra with Chris Wheeler, my closest musical collaborator and companion. After that, 2005, I went to Los Angeles, studied at the Henry Mancini Institute where I met Vince Mendoza who then introduced me to the Metropole Orchestra in Holland.

Then the two strands started to intertwine and the combination of composition and the understanding of jazz music and pop brought me into arranging, then conducting.

Was it always part of your vision for the Heritage Orchestra to perform non-classical music?

Yes, it was the blueprint. In the initial days I’d been looking to set up an ensemble to get my own music played, because there weren’t really many opportunities at music college. They were only offering 30 minutes of music by an orchestra in four years, which is not a lot. So myself and some friends put together the Heritage Orchestra as a way of playing new music. It wasn’t that we were anti-classical, we were just into new music. We were really into broken beat, leftfield jazz and more cinematic soundscapes.

We also did our first concerts in Cargo in Shoreditch, kind of cramming everyone onto the stage of a club. That also set a precedent as to what would happen.

I don’t think you could find any popular musician that hasn’t been influenced by Scott Walker, either consciously or subconsciously. Simon Raymonde who used to be in Cocteau Twins and is the head of Bella Union, and Dick Hovenga who is a fantastic music journalist, they had had this idea for several years. Is there a way to get music between ’67 and ‘70 of Scott Walker performed live with orchestra?

Through my work in Holland, I’ve always known Dick and he approached me. We talked about starting it off earlier in the year and that set the ball rolling.

Scott has been offering his very wise advice as we’ve gone and we’re really excited about what we’re going to present in July. These are studio orchestra recordings which have never been performed live. The arranger that pens most of them, Angela Morley, is an absolute genius I think, along, of course, with Scott’s incredible compositions and lyrics.

How about Charles Mingus?

Off the back of this Quincy Jones Prom with Metropole, I wanted to present the body of work from Charles Mingus with them, just because in my humble opinion, they’re really one of the best orchestras that have a specialism in jazz.

So I liaised closely with the BBC about which artists would really suit this. We’ve got this fantastic young line up of Kandace Springs and Shabanka Hutchings and Christian Scott from the states.

The two projects are really different. I guess you could say that Scott Walker is very cinematic, it’s very emotive. There are tracks there like It’s Raining Today which just have massively influenced groups like Radiohead. Then you’ve got Charlie Mingus who, in a similar way, has really influenced everybody from Paul Weller and Jeff Beck to every jazz musician on the face of the earth.

They’re both quite big undertakings. If we can get through it and stay alive, we’ll be all good.

Have you any thoughts on the health of classical music?

I think the funny thing is, often the newspapers sometimes just pick up on one or two things and then they start to ludicrously suggest that it’s the end of classical music or something, but actually, if you look at the facts, there are more concerts now being presented in the Proms than there ever have been, so it’s not that there’s a diminishing of opportunities. In fact, I would say it's quite the opposite. There’s an increase, and with that increase of opportunity there’s also an understanding that the lines are massively blurred now in music.

You just can’t really say anymore that music is as clearly defined as the history books like to make out at a later date.

You’ve worked across Ibiza Classical and grime - what are the challenges with this?

The challenge at the beginning for Chris Wheeler and me and the Heritage Orchestra and for Pete Tong was not wanting to fall into this trap which is often the case, which is where you get a whole bunch of strings and winds and brass and percussion on stage, and then you actually forget about the fact that what makes these tunes what they are is the slamming beats and the production values.

We have a band at the core of Heritage Orchestra, we’ve got Adam Betts on drums, we’ve got Matt Calvert, guitars, synths, we’ve got John Calvert on bass and Rob Gentry on keyboards. With these guys we’ve got this crack team of incredible musicians that can find and recreate the sounds of the production on those records.

We use that as a starting point and that was the heartbeat of the whole project. Then the orchestral parts were the parts that came later and added all the necessary bells and whistles.

It was more challenging. In a way, the concept was exactly the same, like starting again from the band perspective and building the orchestra around it.

What’s harder with grime is that you’ve got the percentage, I guess, of small, rhythmic motifs which are repeated for about 180 bars and higher, so the intensity and the concentration of each orchestral player for the scope of a 90-minute gig just has to be so high. You can’t drop off. It’s sort of like a 1,500m race. The pace has got to stay consistent and fast and aggressive all the time, really.

Have you got any advice that you could give new composers?

I think one really good piece of advice I got given by a friend, is realising that there’s a long game you play. So, when you make connections to artists from any field, just stay cool, be patient and know that sometimes those connections might not come back around for a year or two years, but they will come around.

Find out more about the Scott Walker and Charles Mingus proms at the Royal Albert Hall website.