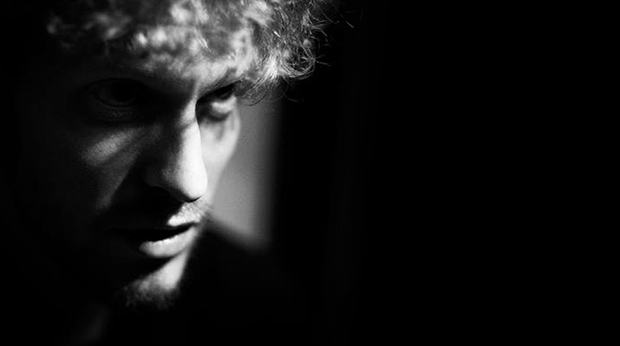 We get under the skin of the soul-inflected singer songwriter to learn about his jazz leanings and freestyle approach...

English singer songwriter Jono McCleery has been perfecting his own slow, sweet take on urban soul since 2008.

Hailing from a family of jazz musicians, his eclectic sound is part Fink, part Radiohead, with echoes of classic British songwriters Nick Drake and John Martyn.

His first, fan-funded album, Darkest Light, introduced the world to his rare talent, brimming with introspective songwriting intellect and an unusual melodic ear.

Jono's third album Pagodes was produced by Tim Rowkins and Royce Wood Junior, and was released earlier this month via If Music and Ninja Tune.

It’s a heady brew that carries echoes of the past and present alongside its future-gazing neo-soul outlook. We spent some time with him to learn more…

When did you first get into making music?
I sang along to soul records as a child, and finally started to play guitar and write songs around the age of 18.

You come from a family of jazz musicians – how did that influence your music?
In a big way, growing up surrounded by piano improvisations I think helped develop my imagination, and ear for music. But I think I also absorbed an ethos that music was first and foremost a relationship between you and the music, and that you should express yourself as purely and honestly as possible.

Your sound draws on many other genres too - what or who are your main inspirations?
I would say Debussy, Satie, Coltrane, Nick Drake, Bill Withers, and Gil Scott Heron are up there. Artists whose music sounds as good today (if not better) than it did 40 or however many years ago when it was made.

How did you first find your voice?
I remember my brother recording me singing for the first time, when I was about nine. I tried to sing Change is Gonna Come by Sam Cooke. I didn't know how my voice sounded so as he played back the tape I remember not recognising it as being me. It freaked me out so much that I ran behind the couch and cried for a while. That's when I first found my voice.

What’s the thinking behind your new record Pagodes?
I didn't start out knowing what it should be about, I try to let things take their natural path to become what they are. But because it took much longer than anticipated to make the album, it became a kind of symbol of patience to me, so I hope it emanates something of that to its listeners - learning to enjoy and accept the journey for what it is, and not get too hung up on arriving anywhere in particular.

How did the tracks on it start life?
Many of the tracks Royce Wood Junior first sent me instrumentals and I would improvise melodies over the top. We would gradually build the tracks up together like this. Then Tim Rowkins got involved and helped us finish the album, and record more acoustic parts. And we also managed to record a few songs that I wrote over 10 years ago: Bet She Does and This Idea of Us.

How do you think your sound has evolved since your first release Darkest Light?
Sometimes I think my sound has un-evolved since my first album, and that I would quite like to go full circle and try going back to that simpler style one day. I think I've worked out how to express more freedom in my music and singing. But I hope to combine this with a simpler style for my next album.

When did you form a relationship with Ninja Tune and how did that come about?
When I was touring with Fink in 2008, he was really supportive and introduced my music to some of the guys at Ninja Tune. Eventually they asked if I could record an album for them (There Is).

Do you prefer writing and recording, or performing live?
I'm very productive when I write and record on my own, and I value the stability of working in a reclusive environment. Performing live can so easily go wrong with so many factors in play, and ultimately your music is in the hands of the audience, who sometimes don't appreciate that. But it can also be magical, uplifting and spiritual, so I would have to say I prefer performing live, even if it doesn't go to plan sometimes.

Do you have any tips for new artists just starting out?
The Pagodes ethos as above: 'learning to enjoy and accept the journey for what it is, and not get too hung up on arriving anywhere in particular'. That, and never give up what you love.

What’s next for you?
A European tour in spring 2016. And I’m making plans to record my fourth album, which is already written!

www.jonomccleery.com
Features
Back to top