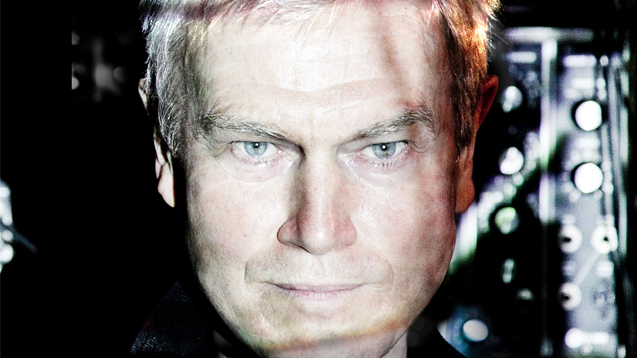 ‘It's all luck and misjudgement’ - John Foxx, one-time Ultravox frontman and renowed electronic auteur, on over 30 years in the business of music making…

Captivated by the mysterious electronics of Pink Floyd, Hawkwind and German Kosmische artists such as Tangerine Dream, an electronic revolution took place across the UK in the late 1970s and early 1980s.

John Foxx was among the artists spearheading this underground musical movement of daring experimentation and innovation. He started as frontman of synthetic dreamers Ultravox before leaving the group to forge a career as a solo artist, as well as trying his hand as a teacher and graphic designer. John’s first solo single Underpass, originally released in 1980, has come to be considered a mark in the sand for electronic music while he's since gone on to release countless albums to much critical fanfare. Restlessly creative, he's continued to surprise and experiment with sonics and synths marking himself out as a proper individual.

With Cherry Red releasing the Close to the Noise Floor compilation celebrating the early electronic music pioneers such as John, we caught up with him to find out more about the man, the myth and those early years of electronic music where almost anything seemed possible…

What or who inspired you to start making/writing your own music?

Tomorrow Never Knows by George Martin with The Beatles, tape recorders and the introduction of cheap cassette recorders.

At what point did you realise you were onto something with music making?

When somebody asked to listen again.

What attracted you to synthesisers?

A one-finger player could make an entire record.

What was London like in the early Ultravox days?

Were you daunted by striking out as a solo artist following Ultravox?

Yes, but I had no choice. I wasn't cut out to be a rock star. With a drum machine and a monosynth, you couldn't tour and you didn't have to strike any poses.

Cherry Red has put together the Close to the Noise Floor compilation to celebrate electronic music – are you surprised that the music you were making back then still sounds so vital years later?

I never thought anything I did was any good at the time. I really wanted to sound like some European-electronic version of one of those early John Lee Hooker records - done with one crackly mike in some back room. Live electricity.

When I listen back now, it sounds just like that. Sometimes you can succeed without ever realising it.

Which artists are you currently getting excited by?

You’ve enjoyed a very successful musical career over the last 30 years - what have been the highlights for you?

Have you any regrets?

Nah. It's all luck and misjudgement.

The industry has obviously changed and grown since you started out – what are your thoughts on it? Is it more helpful to new artists than before?

Everything changed with MP3s and Apple's universal land-grab. Electronics died with digits. I'm a post-digital boy now. I just gave my iPhone away and now I can breathe again.

Do you find the urge to write music and stay inspired keeps coming?

Can't stay away from that CR78. It's the definition of a good piece of equipment - switch it on and you light up.

Rosy enough to make me suspicious.

What’s going to be keeping you busy?

Have you any advice for new and emerging composers or musicians?

Get some fresh air occasionally.

Close To The Noise Floor will be released via Cherry Red on 29 April.

Listen to Underpass below.