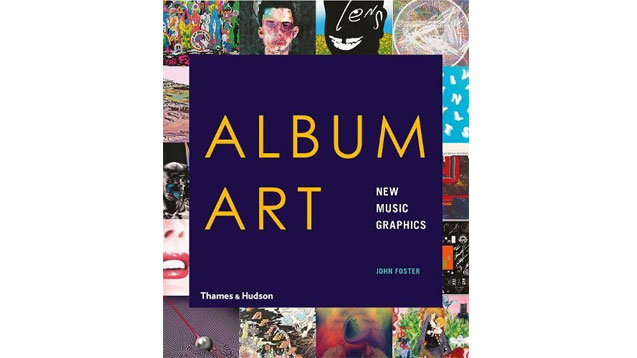 The designer and author of the definitive guide to album cover design in the 21st century discusses the role of artwork in the digital era...

Designer and author John Foster is the founder and principle of design company Bad People Good Things, and, over the years, has amassed a lengthy client list, working with everyone from The Coca-Cola Company to Sub Pop Records.

John believes we are in the middle of one of the greatest periods in music packaging, thanks to events such as Record Store Day helping to push collectible packaging back to the cultural forefront.

Read on to hear his thoughts on the role of artwork in the digital era, the relationship between artist and artworker, plus advice to bands wanting to make great visuals...

What drew you to compiling a book on album art?

Has the role of album artwork has changed in the digital era? Is it any less or more important?

In a lot of ways, I feel like the album cover is more important than ever. In the streaming era, that little square has to work overtime in connecting to the viewer more quickly, and at a greatly reduced scale, when compared to decades past. It may also be all that you see of an artist as your only connection via a playlist or blog post.

The digital streaming component has also had a surprising side effect, in that most record covers are now accompanied by text for the viewer, so putting artist names or titles on albums is not as necessary as it had been in the past. The '4.44' campaign for Jay-Z took that to an even higher level of execution. That campaign also shows how the designer has now been elevated to a new role of creative director for many artists, and artists value design more than ever before.

Someone like Brian Roettinger has gone from being an edgy outsider to steering the artwork for many of the biggest stars in the world. You see things now like Bon Iver inviting Eric Carlson up to his recording cabin for a week during the making of the record just to bounce ideas around, and then the resulting insanely detailed roll-out of the album that was born from those talks.

That doesn’t even touch on the importance of making something unique and special on the retail level, or how it helps drive the return of vinyl. It might not pay like the old days, but album artwork is more important than ever. 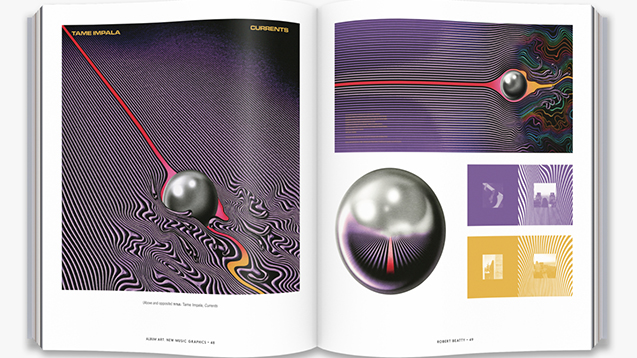 What have you learned about the relationship between the artist and the artworker? Does it need to be collaborative?

I think it is always good when the designer can talk about the album with the artist, and have that inform the work that they do. That is often the key to any design job – being able to talk with the people really making things happen.

As for actually having both sets of hands in the artwork? That usually waters down the results, not unlike if the designer came in and played piano all over the album. When there are exceptions, a good designer knows it, and will be quick to maximize the talents of the artist. I have been lucky enough to experience that a few times, and there are lots of those moments in my book, but those are really special occasions and definitely the exception and not the rule.

What, in your opinion, is the key to good album artwork?

In the end, anything that makes you want to listen to the music behind it is good artwork. That is the end goal – always.

Should artwork hint at the genre or communicate anything about the music?

I don’t think the cover needs to hit you over the head with the barrage of skulls and bones of metal sleeves or the sparkling gold filigree type and airbrushed faces that adorn so many pop diva’s records, but it should connect you to what is within.

You should be able to listen to the music and look at the artwork and just know that they go together. Something really smart like Robert Beatty’s sleeve for Oneohtrix Point Never’s Commissions I uses a jazzy conceptualism, yet it totally fits the ambient cascade within. The perfect sleeves seem to have a knowing mystery about them, if that makes any sense. 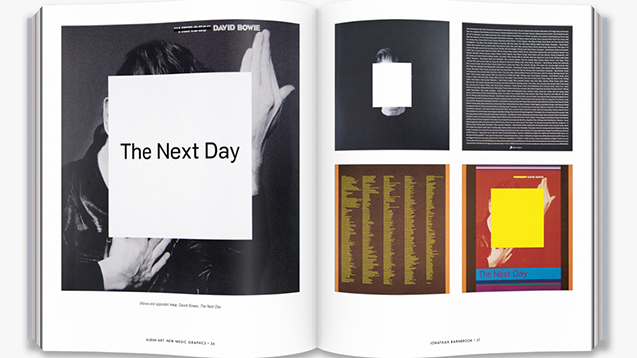 What advice would you give to acts wanting to make good artwork?

Hire the most talented designer you can find/afford. Even if this means paying a college kid with pizza and beer, you will almost certainly be better off than if you did it yourself.

It is incredibly rare that a really talented musical artist has that same ability on the design end of things: much like most designers are at best middling musicians, most musicians are poor designers. I do understand how artists associate personal items or photos with the making of the music, and how most artists are lucky to even make a single album, so they feel immense pressure to force those things on to the cover. But those are almost always the worst covers and they might please the artist, but that is an audience of one.

Even if you absolutely insist on doing that, still find a talented designer to help you. The difference between albums from Kendrick Lamar like Good Kid, M.A.A.D City, where Invisible Creature made the most of an old snapshot, and last year’s Damn where Lamar had full creative control with his management, speaks volumes. One of the biggest albums of the year is nearly ruined by the horrible design and typography.

What were your favourite covers of 2017? Do you have a favourite album cover of all time?

There was a ton of amazing record covers this past year. From just a sheer 'changing the rules of the game' standpoint, the campaign Brian Roettinger did for Jay-Z is jaw dropping. I fell hopelessly in love with the work Ben Tousley did for Grizzly Bear, drawing hearts all around the cover for the Mourning Sound single in particular. Braulio Amado’s image for Frank Ocean’s Lens makes me forever happy. Jonathan Zawada just killed it on Temples' Volcano. Some lower profile releases like Davy Kehoe and Mope Grapes were visual highlights as well. 2017 was also the year Robert Beatty illustrated a Kesha cover! That is how you know it was a good year in record cover design.

As for favorite album cover – it would be impossible to choose just one. I can say however that it was a record cover designer that inspired me to enter the design field as an impressionable young pup. If not for my fascination with the work of Vaughan Oliver, there is a pretty good chance I would be an accountant today.