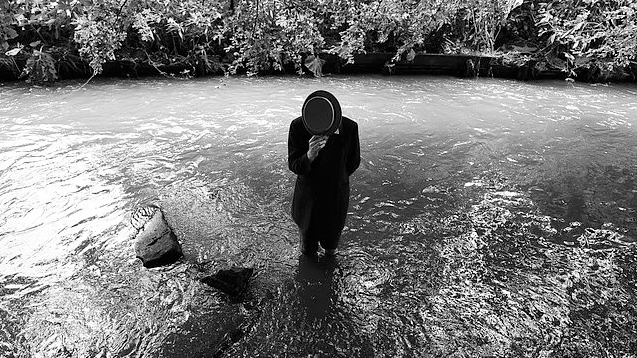 Mancunian composer, producer and pianist John Ellis on stints with the Cinematic Orchestra, working with Corinne Bailey Rae and looking to evolution for inspiration…

John Ellis is a pianist, composer and producer from the north of England.

As a member of The Cinematic Orchestra (contributing heavily to the albums Everyday and Man With The Movie Camera) he has enjoyed an eclectic musical career, working with Corinne Bailey Rae, leading his own trio and big band to collaborating with visual artists.

His latest work - Evolution: Seeds & Streams - is born out of this latter creative strand, using jazz, electronic music and Malian music influences as pointers and seeing John go further out sonically than he’s ever been before. We take a trip with a compelling artist at the peak of his powers to find out more…

My first memories of music were hearing the songs my parents and grandparents used to sing to me. It always seemed that music could bring a lot of life to the situation. I think the real passion for it probably passed on from sitting listening to records with my folks when I was a kid, usually on a lazy Sunday afternoon. They weren't musicians but the deep love for it was something I absorbed. It would be Sinatra, Ella, Django and Stephane that kind of stuff, and the great classical orchestral melodies too.

If you mean playing intruments and singing, then the fact that there was a really nice Bechstein small upright and a guitar in the house was probably enough inspiration in itself for me.

I formed my own bands and started writing my own music much later. I always liked the idea of writing my own stuff. I was and still am a massive Beatles fan, I consider them as folk heroes, but my own ship in music was really kicked off when I encountered Frank Zappa's band. Especially the eighties incarnation with five-piece horn section. When I first heard that, a light went on and I suddenly realised, with the skills I had developed I could do anything I wanted in music and the sky was the limit. It wasn't necessary to bow your head or ally yourself with any particular genre. I knew I had some stuff down at that point in terms of being able to play quite a few instruments, clarity of ideas and musical notation to get the horns to do things you wanted them to do and so on. Directing other musicians was something I seemed to do naturally from quite early on. It wasn't really a characteristic that showed itself in other parts of my life where I was quite shy, but in music I felt confident, and the whole process of realising a piece of music from conception to performance I always found to be magical.

I don't know if I've ever had a big break particularly. In terms of right place right time right inspiration it could have been that tour with Ike Willis performing Zappa's music weeks after he had just died. I started a band when I got home just to keep that feeling going! It seemed like my band The John Ellis Big Bang, eventually propelled me into some kind of public awareness within a small UK music community at the time (1999-2001). There were other people who helped me reach further audiences, around Manchester, singer/songwriter George Borowski, across the UK I played with Snake Davies band and then Hamish Stuart. But in terms of any global connection it was Ninja Tune that first got me recorded and distributed through DJ Vadim and The Cinematics.

You were a founding member of the Cinematic Orchestra - how did the group get together? And did those experiences inform your current creative output?

In reality there is only one founding member and that is Jason, but through Phil France, who played bass and I think co-wrote on some of the first album, a real band started to take shape, when he and Jason asked my old friend Luke Flowers and then me to join up for a short tour of Canada and a couple of New York gigs.

The start of that tour was interesting in that Jason and his partner at the time had just had a baby and he missed the first few gigs, so there was a bit of ‘when the boss is away’ and we were really very free in our take on the material. This was largely because I had only just got involved and didn't really know it properly. But that forged something between me, Phil, Luke, Tom, P.C. and eventually Jason that lasted two or three years and that sense of togetherness as a band went through the 'Everyday' album when things seemed to really take off.

In terms of how that experience informs what I do now, I'm not sure. It definitely was the start of a long process for me of catching up with how people like to consume music in an era born after a lot of my shapes had been set. It didn't really make any sense to me seeing packed theatres of young people really getting off on a 15 minute instrumental wig out, coming from Manchester where I was used to a lot of trippy "wig out" type gigs to not always packed rooms. It was an appreciation of music through a DJ/hip hop culture that it took me a while to work out.

You’ve also worked with Lily Allen and Corinne Bailey Rae - how did these experiences shape you and your music?

That's a mixed bag. Corinne, I consider as a friend and we did many gigs in her home town and Manchester before she went stellar. It's always good to see her.

The Lily Allen thing was different, I was definitely the right musician at the right time for that album. The Professor Longhair piano and organ stuff.

Practically this major label world has brought me some welcome additions to the funds, through royalties and enabled me to see how the big machine works. The processes music has to go through to escape with any sense of freedom, I've realised, is not something that attracts me to it

All these things open your eyes to the methods by which music is shunted about the place very often by people who are in fact blind to the real energy and power in music. The obsessive focus on making money from music denies them this. So now I prefer to own the means of production.

Could you explain a little about Evolution: Seeds & Streams? Where did the inspiration for the record come from? And what themes does it explore?

I wanted to do something about the whole idea of evolution, not just Darwin and the chimps etc., more the idea of us humans using our imagination as the dominant species to decide where we really want to steer the ship.

To simply ask a question ‘what's your idea of evolution?’ It has to be a global question now. If we could pool the answers of every human on the planet. From the youngest to the oldest.

Keep it simple, reach for the depth, strip it down. Does it still work? If not gradually try adding stuff back until it does

Out and in. mostly at the fringes, often outside the Western English speaking matrix. I like the genre defyers, I like variety.