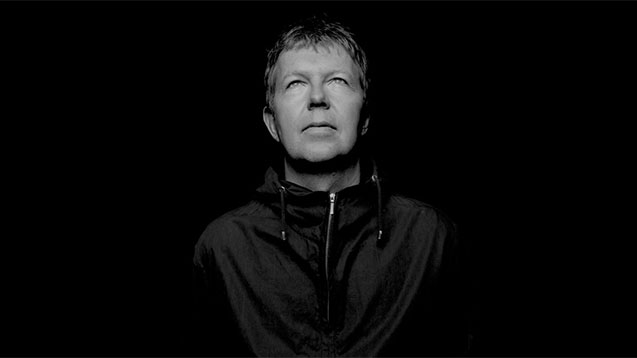 'I have been living my dream since I first mixed two records together' - electronic titan John Digweed on his 30-plus years in the business...

Electronic titan John Digweed was among the first wave of superstar DJs to export British beats and bleeps around the globe.

With a career spanning 30-plus years, he’s helped guide and steer UK dance music to its giddy heights, attracting worldwide acclaim in the process.

From the beginnings of acid house, through the heady Renaissance days with partner in crime Sasha, and now helming his own record label, promotions firm and studio partnership with Nick Muir, John is a restless innovator.

Via deep-digging DJ sets, he’s always tapped into a rich seam of talent, learning exactly what it takes to make the dancefloor burn.

Ahead of his upcoming set at The Social Festival later this month, we catch up with him to learn about his life in music…

How did you first find your way into music?

A love of electronic music that was not on mainstream radio or clubs and was not the norm at the time. I wanted to discover music that was under the radar, off the beaten track and just sounded so much fresher than what was being played on the radio. Once I found those records I just kept searching for more and more music.

What’s the first track you developed an obsession for?

I remember hearing Donna Summer I Feel Love and recording it on cassette just so that I could listen to it over and over, again and again. The fact it still stands up against the biggest club tracks of all time shows how ground breaking it was.

What’s the thinking and creative process behind your Bedrock project with Nick Muir?

Nick and myself have been working together for over 20 years now. Nick is an incredible musician and producer and is someone who you can find on the dance floor until the early hours of the morning. We work on tracks together by me sending samples and ideas for the tracks or remixing. Nick is amazing at interpreting sounds and ideas to create the vibe that we want. We go back and forth with ideas and vibes until we are both happy with the end result.

How did you find your forays into screen composing?

It’s been a while since we did some film and TV work, but when we did we really enjoyed the challenge of working to create the mood for the screen instead of the dancefloor.

What did you learn from the experience?

You have to work in a different way creating tension, moods and atmospheres with music for the screen. It’s totally different from a track for the dance floor but just as rewarding.

What’s been a career highlight so far?

It’s hard to single out one highlight as there has been so many and I am still living my dream. I’m playing amazing parties and festivals and discovering exciting new music week in week out.

How do you think club culture has evolved since you started out?

Of course the clubs have more hi tech, better sound systems, lights, visuals and lasers. All these things have made clubs and festival incredible places to see DJs and bands perform. For me I am happy to have been through many periods of the club scene. The early days had an energy and a vibe that is still hard to repeat as it was so new to everyone.

How do you stay fresh?

Well, as they say, find a job you love and you will never work again. I have been living my dream since I first mixed two records together. I genuinely love what I do and I think that shows when I play, that I give 100 percent.  My loyal fan base who follow me to gigs worldwide keeps me on my toes week in week out.

I’m heading off to gigs in China, Bali, Japan, South America, North America, Romania, Dublin, Bulgaria and many more. Plus I have a few more collaborations with Nick Muir and some exciting producers happening.