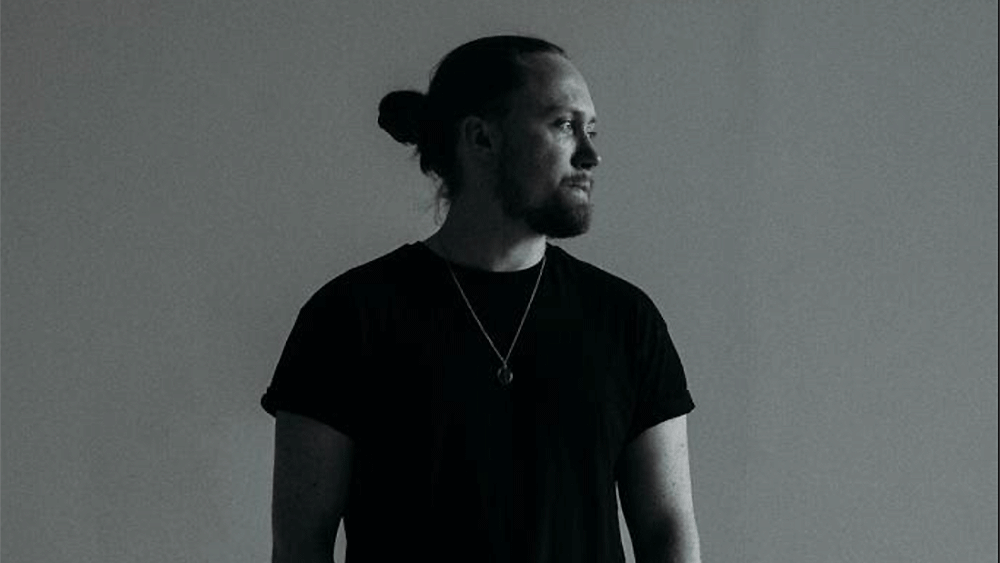 'I was really excited to put my first song out but I had no idea it would get picked up by the people that it did': rising South London producer Joe Turner on how he won the love of the UK's leading tastemakers...

He’s recently signed to Jamz Supernova’s Future Bounce label and has been pricking the ears of tastemakers across radio and digital, with Spotify, Lauren Laverne, Phil Taggart and Tom Ravenscroft all digging his syncopated sound.

A master of synths, guitars and samples, his spacious, clubbed-out take on South London electronica has also just bagged him the top spot on HypeM.

We get the inside track on his evolution from teenage band member to purveyor of bleepy goodness, which is best tasted on his lush new single, Retina…

I’ve been making music since I was 11 years old. I am a guitarist and originally started playing in bands from around the age of 15 - that was when I started to take writing music more seriously. I remember the buzz of performing songs you’d written with your friends at gigs and thinking to myself ‘this is something I want to do all the time!’ Ever since then I’ve been expanding my horizons and learning how to write different styles of music, up until this day.

There are two artists who come to mind instantly, Bonobo and Tom Misch. Being a guitarist originally, I hadn’t really contemplated the idea of writing my own music without a band until I heard Tom Misch – then things changed. I realised that I could make my own beats at home and start creating my own music whenever I wanted. Since then, I’ve been stuck behind my computer, trying to make some half decent tunes!

Bonobo’s music has been with me for years and has followed me through the highs and lows of life. His sound has evolved throughout his several albums and that, to me, shows that you can continually strive to progress and push your creativity as an artist, whilst maintaining success and touring the world. I’d say that’s pretty inspirational!

It would be hard to answer this question without mentioning family too. Having a supportive family that believe in your passion gives you much needed confidence to pursue what could be perceived as a ‘tough career choice’.

How has your South London upbringing influenced your sound?

I grew up in a house full of great music, thanks to my parents. They have a big passion for music, so from an early age I was blessed with listening to the likes of Stevie Wonder and Luther Vandross, whilst also getting a taste for dance music from my dad’s Ibiza CD’s. These influences came full circle once I began to produce my own music.

Living in South London has been a huge influence too. I’ve seen some of my idols play at Brixton Academy, Fabric, Printworks and loads of other venues across the city. South London and London itself has such a thriving scene, that it’s almost hard not to get inspired through what you experience from being a Londoner. Call me cliché, but I’m pretty honoured to live and create music in one of the greatest cities in the world!

I feel like every song has a different beginning, however they quickly take up a familiar structure once I’m running with them. Usually I find myself jamming over a quick beat I’ve made until something clicks, which is likely to be a chord progression. Once the core of the song is there, I spend hours building around the initial idea until I can go to bed satisfied that there’s something positive to wake up to in the morning.

What kit do you use?

I make my music in Ableton as it really suits my workflow. I have a couple of synths (Prophet 08 and Korg Minilogue) that help me carve out my sounds. I also utilise my guitars in the writing process to help with chord progressions and melodic ideas.

I use an Ableton Push 2 as well - which is great for sequencing drums and helping ideas to move quickly when writing. I also use Native Instruments KOMPLETE too across my projects - they make awesome plugins. Then, this all goes through my UAD Interface. I must admit, I’m a bit of hoarder when it comes to equipment; it’s a bit of an addiction once you get started!

Is your sound evolving all the time or have you settled on what works for you?

Personally, I think making the same music forever would get boring. I’m always looking at new influences to keep my songwriting ideas fresh. This could vary from digging into new genres, working with different singers, to buying an instrument that will push me out of my comfort zone. I feel with the sort of music I’m writing right now, I have a lot more to give for sure – but I also feel that in time I’ll be making a more mature version of this music that has a different sonic palette.

Your first single, Atmosphere, caught the ear of some pretty big names – how did that come about?

If I’m honest, I’m not quite sure! I was just really excited to put my first song out and get my project on the move but had no idea it would get picked up by the people that it did. I’m extremely grateful that people like Jamz Supernova, Phil Taggart and Lauren Laverne digged the song so much and gave it their support. It was all a bit surreal, but it gave me some reassurance that all the hours I’d put into the song were worth it.

What’s the thinking behind your new release, Retina?

I was doing a lot of writing throughout last year; Retina came together surprisingly quickly – over the course of a few days that we’re spread out over the summer. I think it's important to remove yourself from some songs when writing to give yourself a bit of breathing space, so you can come back to the ideas when a fresh outlook.

The song itself depicts a story of a love that once was: from that first moment when you lock eyes with a new lover, up until the chaotic end of the relationship. I feel like everyone experiences this journey at some point in their lives but instead of making the song very mellow and solemn, I wanted to keep it upbeat and something you can dance to at any time of the day. I feel the song has a hopeful undercurrent too, to provoke a feeling that even though the relationship may be done, there’s positive things on the horizon!

What’s it been like working with Jamz Supernova on the release?

It’s been an absolute dream! Jamz has been so supportive of my music since she first heard it and to have her belief in this project has been an integral part of my development as an artist these last few months. I’d regularly tune into her 1Xtra show and end up Shazaming half the songs she plays, so when I learned she wanted me to sign to her label it was an amazing feeling. Jamz is always coming up with great ideas to help strengthen the release.

To see how busy she is with all of her own projects, and then run her own record label and help new artists like myself make a footprint in the industry is just incredible. It’s really inspiring to see if I’m honest.

I’ve just dropped a live video of Retina! Aside from that, I’m working hard on some new music, which is getting me very excited to release again later this year. The songs feature some great vocalists too, which I think will help progress my sound and strengthen my career as an artist. Basically, I’m hoping to have an EP finished before summer! I’m hoping to play a London headline show later this year too, so stay tuned!