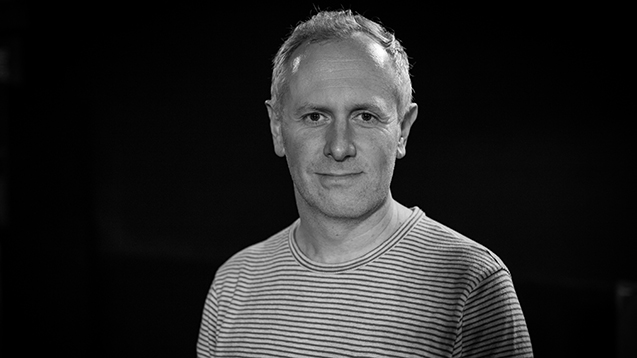 Dance label Positiva has presided over a mammoth 67 Top 10 hits over the last quarter century. Here, the imnprint's long-standing A&R director Jason Ellis lets us in on his secrets...

Positiva has been at the heart of dance music for the last 25 years, releasing a mammoth 67 Top 10 hits, 14 UK number one singles and shifting over 35 million singles in the UK alone.

From David Guetta and Jonas Blue to Vengaboys and Shapeshifters, chances are you'll have bopped to a tune or two from the label's rich history.

As A&R director, Jason Ellis has spent the last 18 years at the label discovering and developing the very best new talent; there for iconic moments including the infamous Spiller and Sophie Ellis-Bextor vs. Dane Bower and Victoria Beckham chart battle in 2000, to current act Jonas Blue hitting over three billion streams of his music worldwide.

The label kicked off its 25th birthday celebrations in May with a double header at Ministry of Sound, and there are lots more parties and special releases in store. We sat down with Jason to learn more…

Positiva celebrates its 25th anniversary this year – why do you think the label has endured?

We’ve always stuck to our guns as far as trying to work with the best artists and the biggest dance tracks around at any given time. We’ve never been defined by genre or sub-genre, so we’ve always been able to reflect the broad spectrum of electronic music at any period. The success that we’ve had has always kept the powers that be happy, in the major label structures that we operate within. Ultimately, we’re judged by having hits and success. Thankfully that’s been the case over a number of years.

How have you had to change and adapt with the industry?

The way we sign and make records today compared to 15, 20 years ago is completely different. We’ve gone from the vinyl era where the iconic Positiva logo on the sleeve carried a lot of weight at retail and with DJs receiving promos. As vinyl moved over towards CD, that was a big shift. Then obviously into the download era and now into streaming. It’s almost like working in several slightly different industries, the way we’ve had to adapt. The toughest thing at the moment is working in the on-air, on-sale world where commercial partners expect to get music at the same time. It’s harder to build the buzz on a record, pre-release. The process of keeping a record alive and building it over a period of months in that landscape is quite tough.

How are you overcoming that?

Ultimately, the length of time it takes to break a relatively underground dance record to the mainstream to cross it over hasn’t changed that much. It can still take a period of months. Historically, we would have been working a record off the radar a little bit to build a buzz with the tastemakers before going to radio. Now, we’re having to use additional assets to inject a little spark into the campaign at various points. That could be a new version, a new remix or adding a featured vocalist. Just utilizing assets in a different way to keep the campaign going.

Has the vinyl revival had any impact?

In our lane, we haven’t seen too much demand for vinyl as yet. It’s very much driven by streaming at the commercial end of the market, so we have to pick and choose our moment. But obviously it’s a format that we all hold very dear to our hearts, from the history of dance music.

What do you look for in an act?

Ultimately, we’re looking for a balance between specialist credibility and commercial success. We want artists and producers that have a vision of what they want to achieve and how they want to go about it. Historically, dance music was quite faceless in some ways. You could have a top five record around the world and no one would really know who was involved or who produced it. With the social media world that we operate in now, that’s harder to do. There needs to be some element of personality behind the project.

How do acts come to your attention? Any advice for emerging artists?

There’s a lot of focus on data-driven A&R these days. I would say try and do as much on your own initially; show to labels like us that there’s some momentum there. There’s so much music out there, that creating a bit of noise and keeping people’s attention is difficult. We would expect to see an element of that happening organically before we wanted to get involved.

What’s been your most memorable campaign or release on the label?

There’s so many. The Spiller Groovejet record with Sophie Ellis-Bextor is one that I look back on very fondly. It was my second signing that I’d ever made at the label. To have a big number one with that, and all the media storm that came with it around the chart battle with Victoria Beckham’s record, was quite exciting and not something that happens every day.

Later on down the line, David Guetta’s When Love Takes Over was a special moment when dance music had been struggling for a while in the mid to late noughties. David had this vision of wanting to marry European production with the best US talent, vocally. More recently, Jonas Blue. Just seeing the success that he’s had globally: it's a classic example of how an act can break globally in the streaming world with the right song.


Do you think there's a common thread behind all these massive tracks?

At that time, they were tracks or artists that really resonated with a large proportion of the public. A lot of the songs just bring back positive memories and vibes for people.

What acts are you tipping now?

We’re not losing sight of the new breed of British talent. Its always important to bring artists through, on our doorstep. Moon Willis is a new artist we’ve signed that were really excited about. He’s a young producer from north London. And also Jay Pryor, a young Irish artist that we’re really excited about.

What does the future hold for Positiva?

More music from Jonas Blue. Martin Solveig will have a new album out later this year. The 25th anniversary is quite a significant milestone to take a minute to look back on what we’ve achieved. We’ll continue pushing forward and breaking new acts for the next however many years. We’re not resting on our laurels.

We’re also working on a documentary at the moment – we’ve had some brilliant interviews with many people of the people associated with the label over the years already so that’s coming together and will hopefully be ready for October.