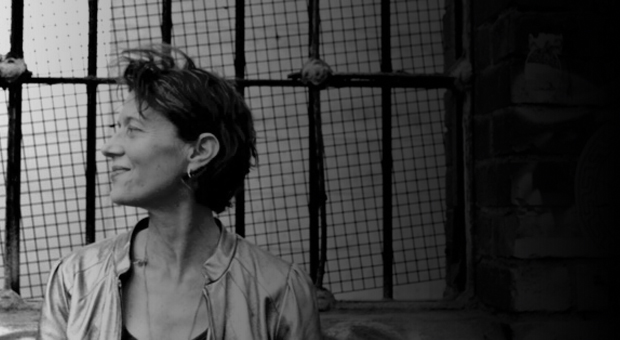 The Maximum Joy founder chats about her new material, playing live again and the enduring appeal of eighties post-punk

The band were born in the buoyant Bristolian DIY scene of the early eighties, alongside partners in crime The Pop Group and Mark Stewart.

Janine, together with bandmates Tony Wrafter, Charlie Llewellin, John Waddington and Dan Catsis, set out their agenda over a series of era-defining releases that pushed them headlong into the indie zeitgeist that was sweeping the nation.

Now back with a solo project simply named Rainforth, Janine has discovered innovative new ways to explore the melodies in her head.

Here, she chats about her latest release Rumination of Us, performing live again and the lasting appeal of early eighties post-punk…

Can you tell me more about your new material? What was its gestation period?
I’ve never stopped working on music and songwriting since Maximum Joy finished. The name I’ve given my new solo venture is Rainforth. I’ve been working on this current project for about three years - from seed to fruition. I’ve been exploring lots of different avenues, which has been really exciting. I’ve been experimenting with different types of music and also different ways of making music. Digitally, things have opened up tremendously since I first started out in music. It feels quite empowering.

Did you set out with a clear idea of what you wanted to sound like or did the processes dictate the outcome?
Yes I had a clear idea. I played around with just keyboards and voice for quite a while, and I have a lot of stuff I haven’t released. Then about three years ago I decided to work more with rhythms and sounds. I like to record a lot of stuff (found sounds as well as devised sounds) incidentally as I go, so I’ve accumulated lots of sounds I like to incorporate into different projects. That was part of it too, really.

What made you want to release Rumination of Us now?
I have tracks in the pipeline to release soon from this current batch of work – about an album’s worth. Rumination of Us is a summery track. I wrote it in the midst of a hot summer so it seemed right to release it now and it has had some good feedback so I decided to put it out first along with Have Brave Heart.

When will the album be out?
I’m just working that out now, late autumn is likely, news on this will be on my website (www.rainforth.co) and via social media sites. But I may just put out different tracks at different times – the album format seems to have turned on its head. What’s interesting – and challenging – is how to release stuff these days. It’s so wide open there’s no real protocol.

Your new sound is very different to Maximum Joy. How has your taste in music changed since then?
It’s not really changed – it’s just grown. I still have the same musical references that I had 30-odd years ago, but now I like different stuff too. It’s broadened out. I admire what Joan As Policewoman produces. And I also have been getting into electronic artists like Robert Koch, Jon Hopkins and Nils Frahm. I get inspiration from how these people work. I have got into the technical side more too. I’m always working out how to make that particular sound I can hear in my head. Sometimes it can take weeks. 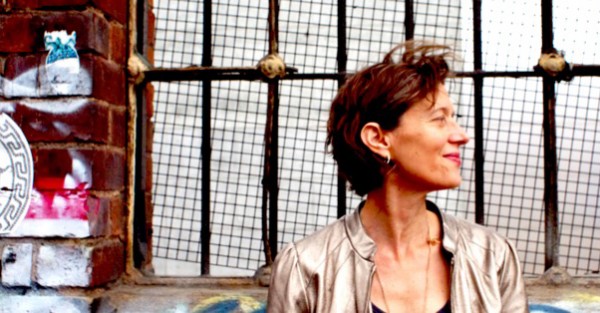 What keeps you making music?
I dunno! I can’t really stop doing it. It keeps me going.

What’s it been like to perform again?
It’s been great. I did a few gigs before I performed with The Pop Group last October. It was really funny performing with them because it was like going back in time. I walked into the Islington Assembly Hall for the sound check and there they all were. Everyone said, ‘Alroite’, and it was like nothing had changed… for a minute!

Are there more gigs in the pipeline?
At the moment I’m honing the live sound. It’s one thing to make the music and another to get it right so it sounds good live. It’s an exciting process.

When do you think that will be?
I’ve got a couple of new players with me and we did a taster gig at the Dublin Castle recently. Now it’s back to the drawing board to hone a bit more. Hopefully late autumn, to be announced!

What are your abiding memories of your time in Maximum Joy?
It was a very vibrant time. In a way, it feels a bit similar now, which may sound odd. Things were really changing in the music industry. The first little indie labels were just coming up and Rough Trade was still new. Everything was beginning to change and we were in the middle of that indie revolution. The big labels were being challenged by the new indie model so had less of a hold on things in that time and it was easier for people to get things out on indie labels. It feels similar to me now. In a different way, but I do think we’re going to look back at this time and think, ‘Wow’ - this is like the technological revolution and with that it’s effecting culture, and how music is made, how it’s listened to, how people react to it – it’s all changing so fast.

Post-punk is a really enduring sound and keeps coming back around. Why do you think that is?
I think post-punk has loads of energy. A lot of bands from that time brought so much energy, enthusiasm and urgency into their sound. Our influences were funk, disco, hip hop, jazz, reggae, punk. That’s quite an odd mix of stuff, and the influence was strong for us because we used to go to a club called the Dug Out Club and the Late Night Blues – they were our hang outs, the music played in those places was cool for us. And then we used to hear the latest new hip-hop stuff from New York on tapes of WBLS that people brought over too. I’m not sure what the influences for post-punk bands are now – everyone has their own time/thing that forms their sound.

How about wider cultural influences?
They were edgy times. You could say it’s a bit like the current climate. Thatcherism, the miners’ strike; it was very difficult for many, many people and that too translated into the music. At times like this, people find ways of expressing themselves. I think it’s incredible how so many bands have lasted from back then – we never would have thought it at the time. It’s great though, that Maximum Joy still get a lot of interest now.

Is there anything you’d do differently next time?
We signed things that tied us up without us really realising. I would say to anyone that they should get legal advice before they sign contracts. Apart from that, not really.

Are you going to reform the band?
I don’t think so, but I’m the sort of person who never says never. We haven’t gigged together in over 25 years though!

www.rainforth.co.uk
Features
Back to top