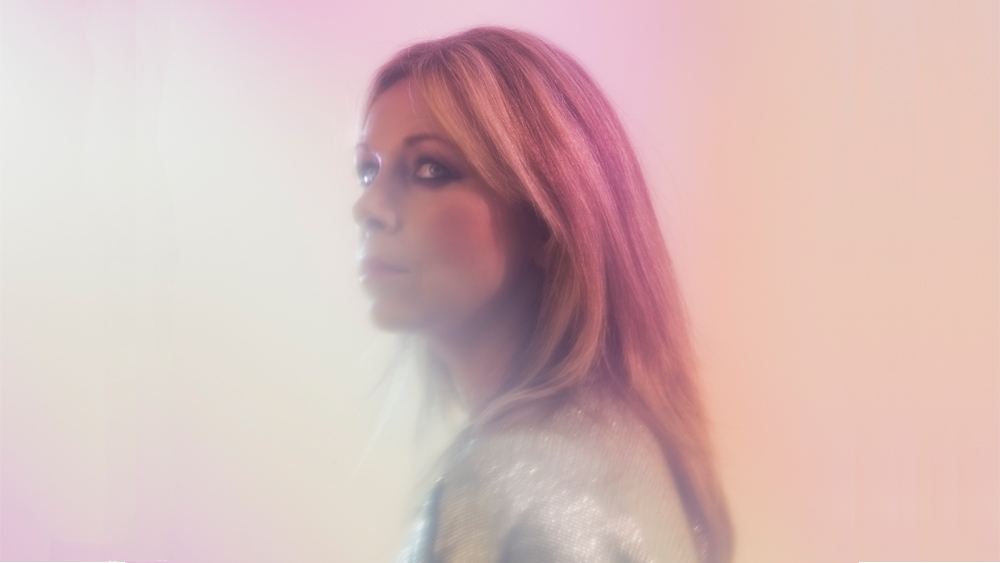 ‘It’s generally what’s generated in my own head. That’s why I’m determined to replicate that sound, because the sound in your own head is always the best version,’ says Jane Weaver.

‘It’s generally what’s generated in my own head. That’s why I’m determined to replicate that sound, because the sound in your own head is always the best version,’ says Jane Weaver.

Although she’s not adverse to collaboration, the singer-songwriter is keen to maintain a musical autonomy in order to faithfully replicate what exists in her imagination.

The luminescent modern psychedelia of her latest records, 2014’s The Silver Globe and 2017’s Modern Kosmology, are testament to her commitment to independence.

Nevertheless, those two records saw Jane open out the sound in her head to a band to tour both records.

Following the critical acclaim for Modern Kosmology and the subsequent shows, she embarked on a solo tour called Loops in the Secret Society.

The tour consisted of solo variations of the songs from her previous two albums, which highlighted different dimensions within them.

Now Jane is set to release an album of those reimagined song, plus additional ambient tracks, which takes its name from the tour.

Here, we chat to Jane about what inspired her to revisit these compositions, analogue gear and more…

What was it about the Loops In The Secret Society solo shows that motivated you to commit to a recording?
It was kind of the plan from the outset when I started the project. I was always thinking about if I could get recordings from it because I was going to do the songs in a different way. It was going to be quite a comprehensive project, so because I was going to change stuff, I wanted to make sure that I would be able to use stuff at the end of it as well.

So, it involved me making dub plates, you know, carbon plates of vinyl. I had to go in the studio and redo the backing tracks and everything, and then after the shows I went back into the studio and did a lot more recording and mixing as well. It took quite a while really considering, well, it’s not a remix album it’s different variations, I guess.

What inspired you to revisit The Sliver Globe and Modern Kosmology specifically?
Before Silver Globe I would just go out with my guitar and then after that I had four solid years doing band shows. So, it was kind of like, “how can I represent these songs in a solo capacity without losing the expanse of the sound?” Some of the sounds are space rock; how do you do that with a guitar? I thought I should do some solo shows really just as a variation to the band shows. It just kind of became this other thing [laughs].

How did approach reimagining these songs?
Originally, I used to DJ quite a bit with my friend Anna Greenwood. We used to DJ for Guilty Pleasures and one of our things was singing over the top of records quite badly, and usually quite drunkenly. So, it’s kind of like wanting to do a DJ thing as well that prompted me to do these backing tracks and carbon plates. That was another angle to it, rather than doing it purely musically and representing it in a different way.

You used some rare analogue equipment on the albums, are you a gear nerd?
Not really. I think there are so many people that are so into analogue gear and have the catalogue numbers to everything, and I’m not like that. I appreciate that kind of stuff; I like the look of it, I like the sound of it, I like the feel of it. I guess it’s because I know my limitations as well. I’m not great with things like MIDI or programming or editing. I can spend a lot of time trying to do that and it just consumes me. I’d rather spend more time playing on synth or keyboards and trying to make new noises.

It’s just a personal thing. I think it’s a generational thing as well, I mean I grew up where you go in the studio and use two-inch tapes to record to and even though everything goes down to digital now, and I appreciate that. It’s just the way I’ve been used to doing things.

Is the physicality of things quite important to you? Your artwork is always very striking.
Definitely. Pressing buttons, and turning knobs, and getting involved, and exploring the possibilities like that is definitely more appealing to me. But I’m not adverse, I do like sound toys and different programmes within the box, as they say [laughs], which I do use. But then, the possibilities now are endless.

But with regards to the artwork my husband (Andy Votel) does most of my artwork, and his background is making his own typeface for everything, and he still does make his own typefaces, so it’s very much a hands-on thing. Everything has to rely on going to a computer, but there’s certainly some physical work that gets put in.

What’s the story behind the title?
My muse for Modern Kosmology was Hilda M Klimt who was a mystic and artist. I wanted to do something by myself, do a solo show that was challenging energy and was more electronic and it also had visuals. So even though it wasn’t like a spiritual thing, it was still a nod to her process because she had this secret society of four other women. They used to sit there and do seances and automatic drawing. Fascinating. So, it was just a nod to that really.

You wrote, played and produced Modern Kosmology, how important is musical autonomy for you?
It is really important I guess from being a woman and working in the music industry since I was about 19, or whatever, from my point of view. I do try and do as much as I possibly can myself. But then when I can’t play a guitar solo or part I, I can’t do it, so I’ll work with somebody else who’s much better at it than I.

Can you tell us more about the ambient tracks on the record?
I didn’t want to do a rework, remix album without – not that there’s anything wrong with it – but I wanted to give people something else as well. I also wanted it to sound like a fluid thing, like a soundscape or a soundtrack. So, I went into the studio and wrote quite a lot of new little interludes, which was for me really, for my benefit. Going back to revisit old tracks can be a bit laborious, like repainting a painting. I knew I wanted to do it but I wanted something fresh from it. The fact that we did new interludes kept me going [laughs].

How do your tracks start life?
I hear the whole thing in my head and then I spent a long time getting that out. If I get bored with guitar or synths, I’ll just change to something different to inspire a song. It’s funny because my husband bought a philicorda from a charity shop a couple of years ago and as soon as he got it back home, I just started messing around on it and then recorded my voice and that became Modern Kosmology, that sort of loop. It’s things like that, I like when things like that happen where you buy something new, or have a go on a different instrument, to create something.

What’s your take on the independent UK music scene currently?
I think it’s great, especially in Manchester. According to local radio show presenters it’s really buoyant. And in Liverpool there’s a lot of independent things popping up and it’s a good time, there’s so much music going on in the North. There was a time after the nineties where you could be in an indie band and probably be on wages of about £300,000 a year [laughs]. The way independent is, is not necessarily like that now, but you still get the creativity with it.

Anyone can put anything online now. The industry’s completely different than it was decades ago. People can be in charge of what they’re doing and more self-sufficient. I think that’s a good thing and young people are really smart when it comes to technology. I think go for it if that’s what you want to do.

What do you have in store for the rest of the year?
I’ve started recording my next album. That’s what I’m doing, writing and recording the next album. Hopefully, that will be out next year. I’m not doing too many shows. I am doing a show at Southbank Centre and Manchester at Yes, a few other bits and bobs, but primarily concentrating on writing and recording as much as possible, which I prefer to do really.

So, you prefer writing and recording to live performance?
It’s funny, until 2015 I didn’t really like performance and then after The Silver Globe we got the band together and we were doing festivals, I discovered another life in it. I love the camaraderie of being in a band and always have. I loved playing festivals and going on tour. It’s quite hard [laughs] and it doesn’t get any easier as you get older, but it’s like a new part of my life now, the fact that I’m enjoying it and like the adventure of it.

Loops in the Secret Society is released on 21 June via Fire Records.