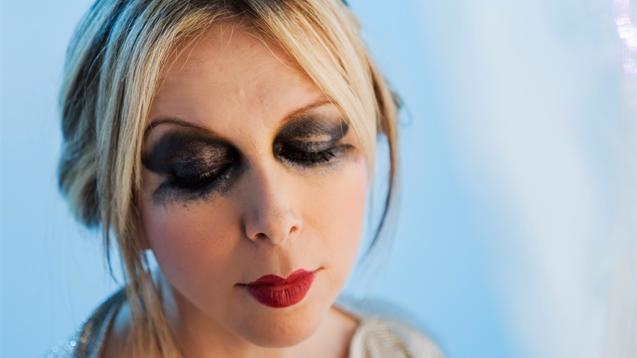 Mancunian psych songwriter Jane Weaver takes us on a journey through the inner space of new LP, Modern Kosmology.

Manchester’s psychedelic songwriter Jane Weaver may be more than 20 years into her musical career but her sonic creations have arguably never sounded more vital or alive.

Furnished with an innate pop sensibility but skewed round a love for krautrock, Lebanese orchestral scores and Egyptian soundtracks, Jane has just released her latest synth-heavy record Modern Kosmology to rave reviews. As journeys into abstract pop go, it's an accomplished one and richly deserving of the heap of acclaim that's landed at its feet.


It also comes as another step forward for an artist whose creative life has been one lived on the outskirts, initially with indie teenagers Kill Laura, then as Misty Dixon and now as an eccentric solo music maker. Recently signed to Fire Records and currently lining up a summer of gigs including a support slot with Goat at Brixton Academy on 29 July, plus turns at Blue Dot and Tramlines, we take a journey through the inner space of latest record Modern Kosmology in our new interview…


I’m a child of the seventies and like most kids of that time, it was Kate Bush that started it for me. I saw her on TV and just knew that was what I wanted to do. I saw her when I was about six, got the tape for Christmas, then wanted to be a singer. Now that I’m in my forties, she still fuels my inspiration.

I went to high school and was very shy but I made myself join the school choir. I reckoned that if I wanted to be a singer, I had to start somewhere so put myself forward to do solos. I made myself do it and played guitar in school. I forced myself to learn how to write songs. Probably when I was about 14 I was writing my own music. My friend’s mum and dad had a karaoke machine which had two tape decks and mikes on it. So we’d record stuff and sing on top of it. Then at sixth form I formed a band. The first band I was in was with John Doran who is the editor of the Quietus. Which is weird. We still laugh about it now...

How have you evolved as songwriter over the years?

It's the same now as it was at the start in essence. It’s a big picture which you need to pull together. When you’re in a group you’re kind of all pulling in different directions but fairly early on I was pretty bossy about the direction of my songs. But it's necessary, to keep it all reigned in. I then got a major publishing deal through Polydor when I was 19.

Was it quite daunting to have this at such a young age?

It was funny as we’d done local gigs, then got this deal but we didn’t know what the heck was going on. And there was all this money, at the time, quite a lot for 19 year-olds. I was hoping to go and do an art foundation in Brighton but I didn’t, I decided to do music instead. We were in big, £600 a day studios in the early nineties. I was doing that, had a few horrible experiences, then had to unlearn it all.

Your new record is Modern Kosmology - could you explain a little about how it has come about?

It’s taken 18 months to come together. I was struggling with it, to find out how to draw it and what it was going to be about. I went to Liverpool and drew more on the arts world than the music world. It’s quite easy to stagnate when there’s just so much music going on as there is at the moment. I stopped listening to new music and went to the Tate in Liverpool and stumbled across work by this artist, Hilma af Klint, this Swedish abstract artist. She uses automatic painting and séances in her work so drawing on a different plane of creativity. At that point I thought I could base the record around that kind of concept, drawing upon your own cosmos and what’s happening in your own world. I ended up writing about writing.

How do you come up with your music? Have you got a specific place where you write your songs?

I use Eve Studios around the corner which has a lot of analogue gear. The owner is a collector of that kind of equipment. I go away to write words so I ended up on Anglesey writing the lyrics. I take myself off into self-imposed isolation to come up with them.

It’s been getting great reviews - are you surprised by how well it’s gone down?

Totally surprised. Whenever you do a new thing, especially with a new label, you just don’t know. They were great though and let me get on with it. I didn’t want to be pressurised into what I’ve done before. It’s also easy to say reviews aren’t important but it is nice to get good ones of course.

Have you any thoughts on the industry?

It’s strange now how people can listen to your music for nothing. I had a lot of friends who some time ago became rich and famous from physical sales. But the business is so different now. You have to be a bit sensible about it. At the end of the day as an artist you want people to listen to your music. I did an in-store at Rough Trade and loads of people were buying the record and I thought it was great that people actually wanted to own it. But I don’t criticise anyone for using Spotify. I’ve discovered so much great music via that service. It’s just quite congested though when it comes to new music.

What else is going on over the year?

We’re doing Brixton with Goat, Blue Dot, Tramlines so a few festivals and an October tour. Hopefully we’ll be going abroad too. I’ve got some soundtrack music to finish too writing wise. Then more of that before I do another record.

Have you any tips for new songwriters?

I think it’s helpful to think about your production, think about your sound picture. Get your head down and stop looking at everyone else. Don’t lean too much towards anyone else, just draw on your own energy and your own universe.

Jane will play at Brixton Academy on 29 July alongside Goat and The Moonlandingz.

She'll also be on tour in October. Visit Jane's website for details. Modern Kosmology is out now. Listen to Slow Motion from the record below.