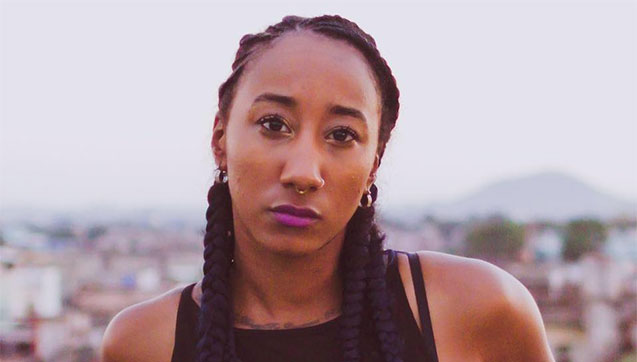 South London spinner Jamz Supernova is one of the UK’s leading tastemakers, holding down a slot on BBC Radio 1Xtra while dishing up regular servings of fresh grime, bass, house, hip-hop, trap and more via her lauded Future Bounce parties.

Celebrating the very best DJs and artists from across the global DIY scene, Future Bounce provides a leg-up to the next generation while offering punters the hottest, sweatiest rave-ups with a forward-thinking remit.

This November, it has been spreading musical mayhem across the UK, and on Friday (17 November) will pull back into London for a special homecoming gig , bringing Uniiqu3, Nightwave and Emmavie to East End institution Birthdays.

Future Bounce is turning two – how does it feel?

It feels really exciting - when I look back at all the amazing line-ups I feel super proud. It’s been great timing that just before our second birthday we’re on a regional tour which has been amazing! It feels as if it’s really turning into something special!

What was the initial thinking behind it?

Future Bounce has been many things over the years from a radio show to a SoundCloud platform. But when I got my show on BBC Radio 1Xtra I had to really think about the next stage for it and its own club night felt like the best idea.

I already knew that the music I wanted to represent was underserved in London but I knew there was a fanbase for it so wanted to cater to that audience. Also, I wasn’t initially too happy with the bookings I was getting as a DJ so it was almost like creating a safe space for me to play whatever I wanted!

How has the night evolved since it started out?

The premise of the night hasn’t actually changed that much since it started! Essentially it’s great music in a sweaty basement club with lots of drinking!! But what I love is that no two nights are ever the same! We’ve really tried to tailor each night to support all the different music styles under the Future Bounce umbrella. For example, we’ve put on a global club night with Lisbon’s Branko and a trap night with Ozzie!

Why is it important for you to give upcoming artists and DJs a platform?

To be honest, first and foremost I’m a fan of the artists and DJs we book. But I also know for scenes to develop and flourish we need to create opportunities. Being able to give artists and DJs early bookings can often lead to other bookings. It can help them earn more money, which also gives them the freedom to make music and be creative – and then that fuels bigger bookings.

We also try to book our line-ups like a mentoring process, so the headliner is the pioneer in the scene but the second headliner is on the way to being just as influential in the next five years - and if they don’t know each other they can vibe and form a friendship which is inspiring for both!!!

What can we expect from Friday’s bash at Birthdays?

London is our hometown so Friday is going to be crazy!!!! All of the DJs are fire so the music is going to be sick! Expect upfront club music from hip-hop, to house, bass, grime, Jersey club and more!!! Wear minimal clothes as you will be dancing ALOT!! But all in all, a really sick vibe! It’s not one to miss!!

You’re putting on an all-female line-up this time – was that coincidence or by design?

It was by design. I feel we all need to do our part! We can all consciously book more women! It’s important to make sure that until there is equality we all chip in to help regain balance!! I wanted it to be all women, I also wanted it to be a diverse range of women from all different ethnicities. But what I didn’t want to do is make it our selling point - it doesn’t need to be a novelty act! These are sick DJs who happen to be female.

Ooooh thats a tricky one!!! My favourite album this year has to be a close tie between SZA and Kelela. And my fave club track this year goes to Jus Now and Dismantle with Spottie.