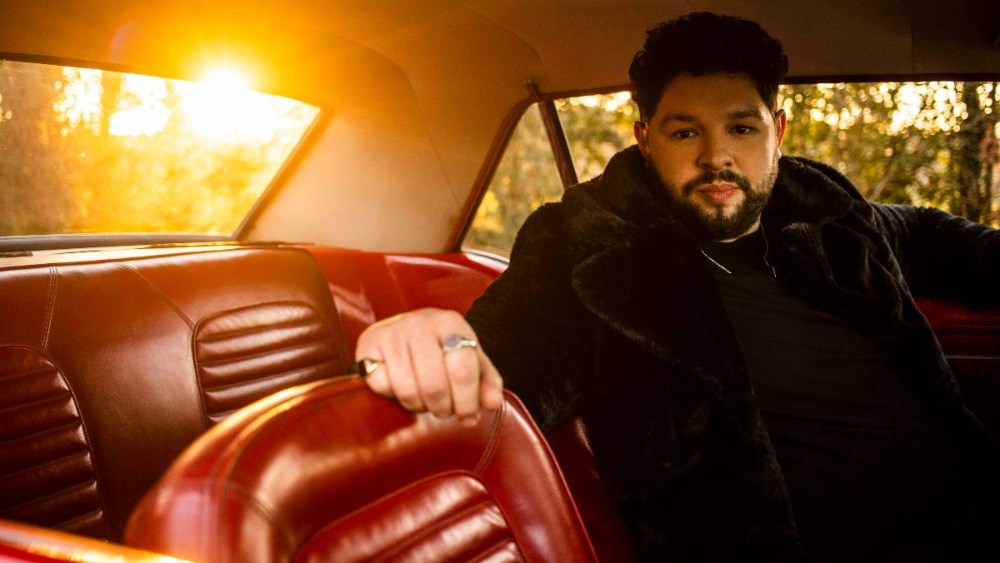 BRIT Award-winning singer-songwriter James Newman is vying to end the UK’s near quarter-century wait for a Eurovision winner at the 2021 edition of the much-loved contest in Rotterdam on 22 May. James Hanley caught up with the Embers hitmaker to get the lowdown on a moment two years in the making.

Its kitsch charm inspired a Netflix comedy, but the Eurovision Song Contest has been no barrel of laughs for the UK in the 21st century.

While the nadir of Jemini’s ‘nul points’ in 2003 was (mercifully) a one-off, it is over a decade since the United Kingdom breached the Top 10 (one-time Sugababe Jade Ewen finished fifth in 2009). What’s more, the most recent of the UK’s five triumphs was way back in 1997, when Katrina And The Waves’ Love Shine A Light reigned supreme at the height of Cool Britannia.

Bidding to end 24 years of Eurovision hurt, the UK has drafted in a tunesmith of serious repute for 2021. BMG-signed singer-songwriter James Newman picked up a BRIT Award for his work on Rudimental’s 2013 No.1 Waiting All Night and scored another chart-topping smash after teaming with his pop star younger brother John Newman on Calvin Harris’ Blame the following year.

The Yorkshire-born 35-year-old is set to take to the Eurovision stage in Rotterdam on May 22 - 12 months later than originally planned. Newman was due to compete at the 2020 edition with My Last Breath, a track from his debut EP The Things We Do, prior to the event’s COVID-related cancellation. He returns this year with Embers, a dance-pop tune penned with heavyweight collaborators Conor Blake, Danny Shah, Samuel Brennan and Tom Hollings.

Joining M Magazine over Zoom, Newman opens up about his famous sibling, the tricks of the Eurovision trade and why 2021 could finally be the UK’s year.

When did you start taking songwriting seriously?

When I got onto a popular music course at Newcastle College. When I met other people who wrote songs, it all made sense. I’d actually auditioned for musical theatre, but I failed the ballet audition! I got in a band in Newcastle and we signed a development deal with Kitchenware Records, but we didn't develop so we got dropped. When my band broke up, I moved to London, worked in restaurants and pubs, and just tried to meet people. It all kicked off when I wrote a song for Rudimental called Waiting All Night - that was literally No.1 the week I was finishing at the restaurant - it was on the radio when I was finishing my last shift.”

How important was that song for your career?

It totally changed my life. I wrote it in my front room when I lived in Crouch End. My brother had just set up his own band and said, ‘You should speak to my drummer Jonny Harris - he's a producer.’ So I went to Jonny’s place and played him the hook of Waiting All Night. We put that down and sent it to Rudimental, because my brother had worked with them previously. It took a year for them to decide if they wanted to use it, then Piers [Aggett, Rudimental member] rang me and said, ‘It's going to be Zane Lowe's Hottest Record in two days.’ I literally went from nothing to everything in a week, it was crazy.

On a similar note, how did your Calvin Harris collaboration, Blame, come about?

My brother had it in his mind that he wanted to do a song with Calvin and I was like, ‘Sick! You should definitely do that.’ We were in the Lake District for Christmas and wrote Blame together in the kitchen on Christmas Day. John was emailing Calvin, and Calvin said, ‘If you've got something, send it over and I'll definitely listen to it.’ So John sent him Blame and Calvin loved it. We’d just sent a piano/vocal [arrangement], but the next thing I heard was Calvin's version and he’d made it sound massive. It was one of those moments where you can’t believe this is your job and you're involved in something like that.

How would you describe the dynamic between John and you when it comes to co-writing?

Because we're brothers, there's no tact or compromise. Usually, when you're writing with someone else, you're like, ‘I think that idea is nearly there, but maybe we could work on it like this.’ Whereas with John and me, it's like, ‘Nah, that's rubbish!’ But we've written quite a lot together and we've performed together. We both do the same kind of thing, so we can support each other, give each other advice and help each other out, which is amazing.

What’s the best advice you’ve been given regarding songwriting?

My friend Wayne Hector once said to me, ‘When you hear a track, just keep singing over it and loads of things will come out like a stream of consciousness.’ I met Wayne on a Fleur East writing camp in a studio called Wendy House in West London. When I first worked with him, I was like, ‘I can't believe I'm working with Wayne, he's the master,’ but he's such a nice guy and it's just a pleasure to be in the room with him. I love collaborating because you're learning from other people all the time.

How did you end up representing the UK at Eurovision?

A few weeks after I signed to BMG, my A&R, Jamie Nelson, rang me up on a Tuesday morning and said, ‘Hey James, random question, but how would you feel about doing the UK entry for Eurovision?’ I was like, ‘What?!’ And he said, ‘Look at it as the biggest TV promo you could ever do - 180 million people watching you perform.’ I’d written songs for Eurovision before, but I never thought I’d enter it as an artist.

Did you have any qualms about saying yes?

It was a bit of a no brainer really. It's a lot to go from being an unknown act to then getting this opportunity. Eurovision used to be considered quite a novelty, but I think it's become a serious competition and is quite misunderstood in the UK. A lot of other countries take it very seriously and we’ve lost touch with it a little bit. If you think Celine Dion doing Eurovision and then going to be one of the biggest stars in the world is not cool then [laughs].

How would you sum up your emotions when last year’s event was cancelled?

I was gutted. But everyone was in the same position and straight away, I was like, ‘I'd love to do it again - if you want me to.’

'I'm a firm believer in visualising what you want to happen so I've been visualising the win, but anything on the left-hand side of the board would be amazing.'

How did you approach writing a Eurovision song?

Well, we had a brief that said that songs with a tempo between 110 and 124 - the bodypop area - never win. Also, ‘Don’t have it in the key of C because that is the worst of all keys.’ I was like, ‘That is so Spinal Tap!’ But the approach was to keep it simple. Obviously, it needed to be under three minutes long, but I wanted to make sure it was a song I would put out anyway because I think that’s where some previous UK entries have gone wrong. If you listen to other Eurovision entries, they're just songs that get played on the radio in those countries and I wanted to do the same here.

How will you feel when you finally make it on to that stage?

It's mad, it's been so long, I've done so many performances in my kitchen! But I can't wait, I got into music for that feeling you get when you sing in front of people. It's going to be a bit of a juxtaposition, going from singing in your kitchen to singing in front of 180 million people.

Lastly, how do you rate your chances of winning?

Well, I'm a firm believer in visualising what you want to happen so I've been visualising the win, but anything on the left-hand side of the board would be amazing. Top 10 is my goal really, we've done the best we can and hopefully that will show up in the results.