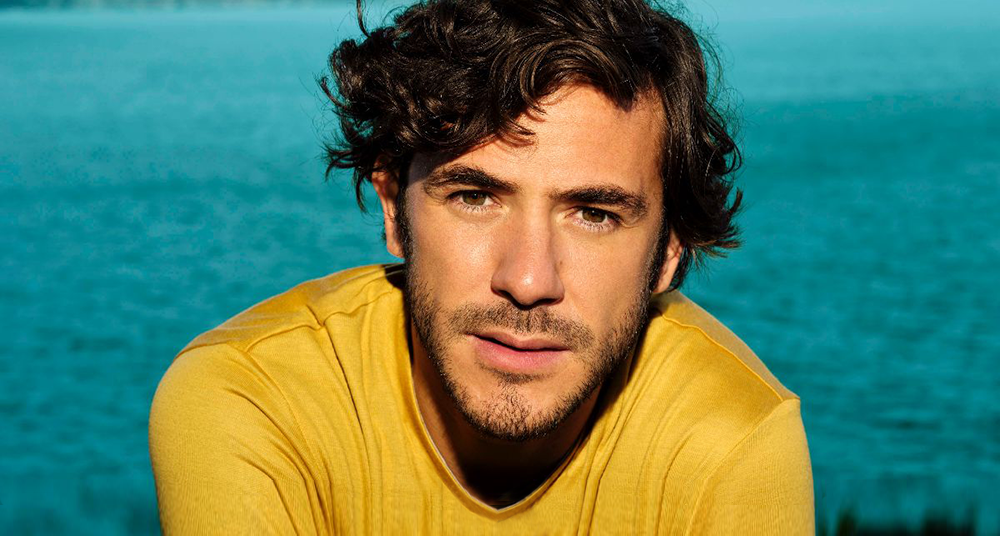 Things are a little bit different this time around for Jack Savoretti. Having racked up three gold-selling LPs - and now with major label support after signing with Universal’s EMI Records - the Swiss-raised British singer/songwriter can no longer play the underdog with as much gusto.

Savoretti’s slow-burning rise turned red hot with 2019’s Singing To Strangers, his first No.1 album, but with success comes expectation. Upon the 25 June release of his seventh studio LP Europiana, which includes collaborations with US legends Nile Rodgers and John Oates, does the 37-year-old feel a tinge of pressure?

‘No, I hope they do,’ he grins, referring to his new label home. ‘They should. I mean, I've proved to myself everything I needed to prove and beyond. I kind of feel for them because I wish they didn't have that pressure. But I'm aware that of course they do, in taking an artist who’s had a No.1.’

Savoretti was previously signed to BMG by Thomas Haimovici and followed the A&R exec to EMI last year.

‘This is an album that celebrates European music and I really wanted to do that with a label that has such respect,’ he says. ‘They've really helped me go and make the album I wanted to make.’

As Europiana heads towards No.1 on the UK’s Official Albums Chart, M Magazine sits down with Savoretti over Zoom to get the full lowdown on his EMI move, the secrets of Europiana’s star-studded guestlist and the accomplishment that continues to elude him...

'Europiana is aspirational. It's glamorous. It's beautiful. It's romantic. It's doused in the Mediterranean and it's at the feet of the Alps. There's no other name for music that aspires to that.'

James Hanley: What is the story behind the album title?

Jack Savoretti: The first time I ever said the word was when I was on tour and I had a good friend of mine, JS Ondara, an amazing songwriter, supporting me. He got nominated for Best Americana Album at the Grammys when we were on the road, and my band started taking the piss out of me. And trying to hold my own, I said, ‘Well, until there's an award for Best Europiana Album, I'm never going to be nominated for anything.’ Because I'm not Americana. I'm not folk. I'm not rock. I'm not pop. I'm not hip-hop. I'm not Latino. I'm not jazz. What would I be nominated for anyway? I've always been against genres, but funnily enough I've realised what I do is a bit of a genre, in the sense that genres, to me, are more about what has influenced the style, rather than the style itself. Americana is not a sound, Americana is Bon Iver and Taylor Swift. Those are two very different things, but they're both Americana, because they're both influenced by the same music. And that's the same with blues, gospel and rock and roll. Europiana is aspirational. It's glamorous. It's beautiful. It's romantic. It's doused in the Mediterranean and it's at the feet of the Alps. There's no other name for music that aspires to that. I'm not inventing anything, I'm just shining a light on something I don't think has been given enough credit, which is European music. This is my way of celebrating it.

James: You moved to EMI last year after three albums with BMG, how big a factor was Thomas Haimovici in that decision?

Jack: Within Thomas, I found somebody who really understands what I'm trying to do with my music. He took a chance on me three albums ago that nobody was willing to take and I don't forget that. It took a French guy in England to understand what I was trying to do! My experience at BMG was fantastic, but Thomas is my guy.

James: What are the main things you want from a record label?

Jack: Support and good distribution - making sure that your music gets a fair shot at being heard. Not worrying about charts, just getting it out there. To me, the role of any good distributor - whatever industry you're in - is to find out who might need what you have to give. And I think that is where labels should put all their energy now and let artists worry about being artists. I also like to be challenged. If somebody challenges me, it doesn't mean that I'm going to change my mind. But it does mean that I'm going to learn quickly how much I actually believe in what I'm saying. And I like that.

'Disco was glamorous and celebratory - it was like the champagne of music - and that's what I want this album to have.'

James: So chart positions don’t concern you all that much?

Jack: I'm not concerned, I'm curious. I’d never thought about chart positions in my life until I was getting on a plane from Milan to England [in 2019], and Gemma Riley from BMG phoned me and said, ‘You're officially No.1 in the UK charts.’ As she was saying this to me, the stewardess came and was like, ‘You've got to get off your phone because we were taking off.’ So I hung up and I completely burst into tears, man. It was such an affirmation to so many people that had given up a lot to stand by me over the last 10/15 years, so that was overwhelming. I remember the woman next to me offered me a tissue because it was evident I was emotional. I wish I had told her why I was crying, but I didn't. I was listening to my headphones and Van Morrison's Bright Side Of The Road came on, and that's what triggered me. It was the perfect song for that moment.

James: You worked with Nile Rodgers on Europiana’s lead single, how did that come together?

Jack: I went to Nile because a lot of the sound of Europiana is what happened to European music in the late ’60s/early ’70s, and Nile is kind of responsible for it. When the tradition of European songwriting, which is melodic, nostalgic storytelling, collided with the disco and funk that was coming from America, that's when Europiana was born. So I said this to him and he replied, ‘Man, I remember the first time I knew we were making it was because I heard my music at Studio 54. But I’ll never forget the first time I heard my music in Europe - that's when I knew we could really change the world.’ He said the music, for some reason, sounded different, and that's exactly what I'm saying - that's Europiana, Disco was brought to the mainstream by the likes of Chic, but otherwise it was a real underground movement. When it came to Europe, it didn't have the same message. Disco was glamorous and celebratory - it was like the champagne of music - and that's what I want this album to have.

James: And what about your collaboration with John Oates?

Jack: It was 3am and I might have had a bit too much to drink! I woke up the next day and I remember telling my wife, ‘Oh shit, I think I Instagrammed John Oates last night.’ And I checked and I had - and he’d answered. So I phoned him and we got on like a house on fire. His mother is from Sorrento in Italy, so we discovered we might even be related. We do have six degrees of separation actually - his Goddaughter is my wife's Godsister, if that makes any sense. I did a cover of Rich Girl on Instagram when I was learning a cover a day over lockdown, and he commented on it. So I thought that gave me carte blanche to reach out to him. So I did and I'm so glad because he's one of my heroes. Hall & Oates are just everything for me.

James: You’ve had three hit albums but, as of yet, no hit single. How big a quest is that for you?

Jack: I don’t know if it’s a quest, it's just a piece of the puzzle I don't have and I'm totally OK with not having it. But I'm curious as to why I can't have it. I think it symbolises that we've done it our own way. We’re still not really invited to the party. Even now, being signed to a major label at Universal, I still very much feel like we're on our own path.

James: So what are your career goals at this point?

Jack: I want to hear my music in South America. I want to hear my music on the streets of Tokyo, I want to hear my music where I haven't heard it before. I have found such satisfaction being invited to play in Greece, Poland and Brazil. It makes me feel so good when I find that the music has travelled so far, to places I've never been. That's really rewarding and that's what I ask of my label. If you put me somewhere, I work my ass off to make sure that the music gets heard. But there's something so lovely when the music speaks for itself and that usually only happens when there's a label that allows the music to speak for itself. So that's the big reason why I went with EMI and Universal - because they are somewhat the best in the business at getting your music out there. The rest is up to me and up to the music.