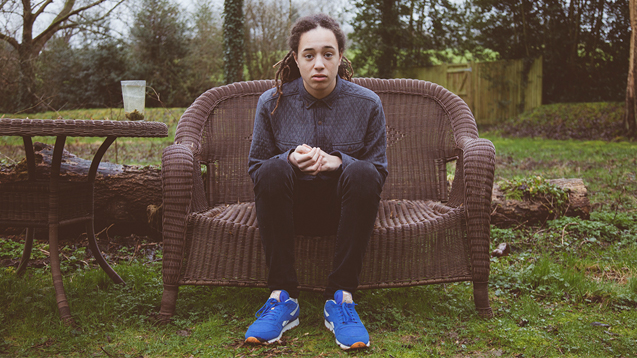 Isaiah Dreads might have still been in short trousers when the first wave of grime hit but it’s not stopped him drinking from this creative well to draft his music.

Just turned 18, this explosive West Country country music maker uses his love for Skepta and JME plus an eclectic record collection from reggae to jazz as a sounding board for his songs.

With debut Nothin' But a Mixtape gaining heat from Zane Lowe and Annie Mac, his latest effort, Lights Turn Green, is his most assured showing yet. He delivered BBC 1Xtra’s Charlie Sloth’s first Fire in the Booth of 2016 and captivated last year's Leeds and Reading Festivals. We caught up with Isaiah to find out what the future has in store...

How did you first get in to music?

I was six or seven years old and the very early days in terms of grime and hip hop, especially in my area. My older brother raps as well, and he was making a lot of grime at the time. That was really inspiring for me. I’d just be doing little raps around the house. Then when I was nine years old I got into a studio for the first time and did my first proper, recorded song.

From that point it was like I knew that was what I wanted to do. I was doing other things when growing up and I’ve known that’s a phase, but with music, it’s always been something I’ve been really into.

Who were you looking to for inspiration?

When I was younger it was always Dizzee Rascal, Wiley, Skepta, then Jay-Z, Kanye West … I was brought up on a lot of reggae music, so it was a bit of everything really. I’m inspired by so many different styles even now.

I’m not really sure. The whole time I’ve been doing it, I’ve been doing it just because I love it. I’ve always put out videos and songs. Good things have always happened along the line, like it’s kind of remained at a steady point.

Are there any particular places you look for inspiration?

What are the big projects that you’re working on at the minute?

Have you got a number of releases coming out this year?

I just put out my second mixtape Lights Turn Green at the start of the year, and I’m working on the next one now. I’ve pretty much got all the tracks that I feel are there, I just want to keep making more so there’ll be more options. Then I’ve got more singles, I’ve been working on singles for a year, and I’ve got singles from years ago which I haven’t done anything with yet. I’m always working.

Grime is back in the public eye at the moment - why do you think there’s been this renewal of interest?

I just feel like grime is an honest genre. Everything about grime in my eyes is just raw, it’s real, I don’t feel like it’s trying to be anything else but that. It's just straight to the point, and that’s why a lot of people like it. I don’t know, I think for a lot of years people were trying to ignore grime like it wasn’t a big thing, but as time went on I think people realised they couldn't! At that point they were just like, 'This is actually sick, I can’t ignore this'. So I reckon that’s what’s happened in the past two or three years, I mean obviously what Skepta and JME are doing is amazing for the scene.

For an aspiring grime MC or producer/song writer, what do you think are the best ways for them to stand out and make an impact?

I try and listen to loads of different styles - jazz, soul, reggae - and I think that enables you to kind of do something with grime which someone else might not have because I’ve been inspired by different sounds.

So I think listen to as much as you can to stay as inspired as you can and just be yourself. I grew up in the countryside, I didn’t grow up in an estate in South London, so I can’t rap about what other artists rap about. But I’m just being myself and it’s setting me aside from other people. As long as you be yourself, you’re going to be different to everyone else no matter what.