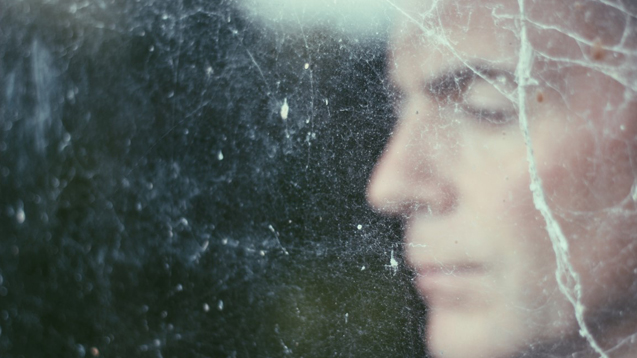 IN-IS is the new guise of BAFTA-nominated film and TV composer, Sheridan Tongue.

Sheridan has made a big splash in the screen composing world, providing soundtracks for a wide range of TV shows and films including Brian Cox's Wonders of the Solar System, Silent Witness, Spooks and Dead Clever.

After years of composing for film and TV, Sheridan has opted to take on a new moniker and explore a different side to his artistry with an album as IN-IS due for release this year. Drawing on a need to create a more personal body of work, this new project shows Sheridan pulling together the skills he’s learned as a producer and soundtracker while embossing his songs with a deeper, more textured musical voice. We caught up with him to find out more…

Who or what first started you on a musical journey?

My parents. Music was part of everyday life for me growing up - my dad is a conductor and my mum a dancer.

How did you begin to start making your own music?

I used to record TV themes and pop songs on a cassette recorder from the TV and then work out the chords on the piano. Age 12 I built a very basic monophonic synth that could record sequences.

You’re well known within the screen composer world for your scores to Spooks and Silent Witness - how did you get into this musical world? And what did it teach you about your music?

After graduating as from the University of Surrey on the Tonmeister course I worked in the pop world for many years as a remixer, arranger, keyboard player and moved into commercials, short films and finally TV drama. My leftfield approach from my pop world background has always appealed to directors and producers.

IN-IS is your new artist project - what’s the thinking behind this latest musical venture?

To surprise and excite a whole new audience with my music.

How important was working on the Brian Cox show for this project? What did you learn from composing for the series?

My music for Wonders of the Universe and Solar System introduced my music to many people around the world and from the emails I had, it made me realise that listeners would like to enjoy my music without a film or visuals. That is where the seeds of this album Seven Days were born.

Composing for the series I was able to experiment more and push the boundaries musically than on other shows - which was very rewarding from a creative angle.

Seven Days is your forthcoming debut album - what were you aiming to achieve with the album?

I love manipulating sounds and creating haunting and beautiful textures within my music. I would like these to delight listeners and be slowly pulled into my musical world.

I have a very visual imagination and quite often landscapes inspire me. The track Our Story is inspired by bleak wintery mountains and lakes in Donegal on the west coast of Ireland.

Which new artists are currently exciting you?

Alt-J, Iskra String Quartet and Tom Adams - who has created a beautiful remix of my track Opus Einn from the album.

Have you any words of wisdom for new and aspiring artists?

Follow your passion, find your own original voice and get your music heard.

What does the future have in store for you and your music?

An album launch in October at the Roundhouse in London at The Sacklers Space, beginning work on a second album, the music for a Stephen Hawking film and a new series of DCI Banks for ITV.

Seven Days by IN-IS will be out later this year. Listen to Lake from the record below.