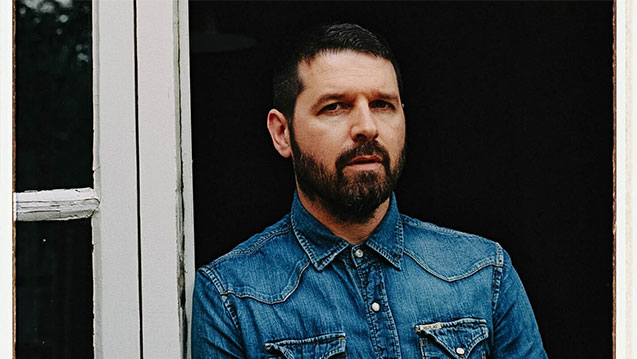 'There are small-looking "indie" events popping up all over, which are anything but "indie" or run by small companies,' The End Festival founder Howard Monk on DIY in live music...

Howard Monk's innovative DIY festival The End returns to various venues around London today (Thursday), bringing a slew of ace acts from the UK, Europe, America and even China.


Spread across nine venues over nine days, the shindig showcases the best underground and established talent in indie, folk and post-rock, injecting love and passion back into the independent live scene.

Eight years ago, Howard started The End as a two-venue event in Crouch End, where he used to live. But over time, it’s got bigger and better, and now Howard is setting his sights on other parts of the UK to stage some offshoots.

We caught up with the live music all-rounder, who also teaches event management at BIMM and runs stages at Wilderness Festival and Bestival, to get his take on running a DIY festival in 2017…

How did The End get going?

I think it started when one time my monthly night at the King's Head in Crouch End had more bands than would fit into one venue, so I did two venues. Then I did more and more, and we made a Camden Crawl type thing in Crouch End's cafes, bars, pubs, shops and so on.

How has it developed since then?

Well it got quite big and chaotic in Crouch End and it was very difficult to break even when bringing in PA and light equipment into spaces. I took a year off last year and this time decided to move it into decent independent venues all over town. Plus I no longer live in or near Crouch End.

What are the main challenges you face as an independent festival?

It's tough to get good acts - even when acts are small they might well be in bed with agent and/or promoter so it's not easy to break into that. And there are many small-looking ‘indie’ events popping up all over, that are anything but ‘indie’ or run by ‘small’ companies. I'm not complaining but it is a challenge like any other. Having enough time and in particular now, with what is essentially a series of concerts, keeping it feeling like a festival is going to be a challenge.

How about the challenges facing independent venue circuit – do you have any fresh insight from your perspective?

Venues close and venues open. I like the work that's being done to shine a light on shitty reasons why some have to shut down. But it's important to keep a positive light on venues and small shows too.

I want people to come to the shows not with an altruistic charitable feeling but rather one of excitement of going to something brilliant (and it is all brilliant). I don't think it's particularly good marketing to make it look like going to a show is a charitable act. Supporting new artists is fun and brilliant in itself. You needn't think of yourself as a great philanthropist.

What’s your view on the safe spaces movement?

I like that people want to make efforts to make spaces safe for everyone. It's crucial. I also teach event management and have raised the issue of the Swedish all-female music festival for debate and there are still some pretty ill-informed and defensive folks around, both male and female.

It's a dangerous world (not just in music venues) and I get why people are put out by these movements. But they're usually blokes who refuse to see things in spite of looking right at them.

I'm confident I'm using venues who look out for people and create as safe a space as it is possible to but of course we all need to help generally by not being idiots.

What about the issue of male-dominated line-ups? What are the root causes, do you think?

Blokes doing the booking. Ninty-five percent of my students are female so I'd hope we'll see more lasses booking large events in the future.

I think sometimes it is hard due to the genre, but you just have to work harder. That said, I'm doing a post-rock all-dayer as part of The End this year - it's a genre my own band belongs to, and man oh man it's a white male thing! I have tried to find some female post-rockers and really there were issues about availability so it's a bit unbalanced.

Which acts are you most excited to catch at this year’s festival?

David Thomas Broughton is playing his first shows in a while. He's doing three, and two have already sold out. Maria Kelly, Sean Christopher, HAWK and of course the finale with McAlmont and Butler! I have to be fair and say I'm excited about all the acts and it's actually true. Re:Tros are a synth trio from China who are opening for Depeche Mode the night before our show at the Manchester Arena!

The End takes place from 16 to 24 November across various London venues. For more info and tickets, see https://www.musicglue.com/the-end-festival/listings.

Read our new interview with David Thomas Broughton.
Features
Back to top