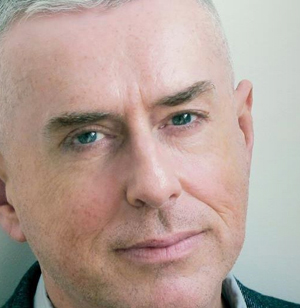 Pop star, painter, eighties icon, label boss: we caught up with the ex-Frankie Goes To Hollywood front man on the red carpet of the recent AIM Awards to hear what's been keeping him busy lately...

Rewind three decades, and his band Frankie Goes to Hollywood were at the peak of their pop powers.

Their first two singles, Two Tribes and Relax hit number one and two in the singles chart, while louche debut album Welcome to the Pleasuredom rewrote the rulebooks.

After the band split, Holly embarked on a solo career, before setting up a label and returning to canvas. He's since exhibited at the Royal College of Art for four years.

His latest album, Europa, is out now.

Last week he presented rising grungers Wolf Alice with the Breakout Band if the Year gong at the AIM Awards, and we were on hand to chat to him about the current state of indie music and what’s been keeping him busy lately...