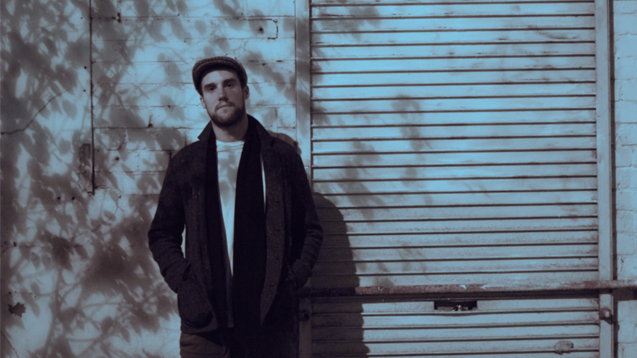 Manchester producer Hidden Spheres has released the sound of the summer, with the jazzy electronica of Well Well EP - we go deep with him in our new interview…

Manchester producer Hidden Spheres aka Tom Harris has created the sound of the summer for more switched on music lovers, with the jazzy electronica of his Well Well EP.

Released via the impeccable Rhythm Section label, the release has been a hit from Peckham (where the imprint calls home) to Tom’s current base in Manchester and beyond.

His previous EP, Waiting, let out into the world via Lobster Theremin sibling Distant Hawaii, was a similar tip, veering from house to disco and everything else in between. If you’re into the sounds of Moodymann or Kyle Hall then Hidden Spheres will be right up your alley way…

When I was quite young (sometime in secondary school) my friend and i were really into the beastie boys, so much so that we decided to rap one of their tracks for a school talent show.

My friend’s dad had a recording studio in his attic (I still remember his dad’s band name - ‘my dog has no nose’) we would often go and play around with the equipment making each other laugh with the pitch shifter and a MIC. We decided to sample the Beastie Boy’s track we wanted to rap and add our own instrumental drums to it so we could perform it at the talent show … I haven’t thought about that moment for the longest time and looking back now I think this inspired pretty much everything. Big thanks to Sam for that! Sam also introduced me to electronic music… bands like Daft Punk, Chemical Brothers and Lamb. Before that it was hip hop/rock and roll and not a lot else on my radar.

After making tracks with Sam I downloaded a copy of Sony Acid and started making very bad sample based electronica and hip hop.

I also bought my first guitar in the summer holidays so a couple of other friends and myself could start a band.

I’ve no set method. I’ve started songs and finished songs in my studio, on the train, in a hotel…

I used to get worried about not being productive for long chunks of time, but nothing would ever work if I forced myself to sit down and try to write something. It’s cheesy but true that it has to come naturally when you get an idea or feel inspired.

Have you a favourite piece of studio gear?

I’m getting a lot of use out of some borrowed keyboards and synths right now (I have said this before … Colin do you ever want these back ha ha?)

How did you hook up with Rhythm Section?

The power of the almighty internet!

Well Well is being billed by tastemakers as one of the summer’s best moments for underground electronica - how did you make the EP? What was the thinking behind it?

Well that’s very nice of these tastemakers to say so.. thank you :)

I was making these tracks around the same time Waiting was getting ready to be released on Distant Hawaii, so I think you can hear that sound still in the ‘clubbier’ tracks.

The other three reflect my roots of music making, a little more downtempo, hip hop influenced. Rhythm Section seemed like the perfect label to showcase these style of tracks.

Have you a favourite club to DJ?

Me and a couple of friends recently went to De School, I was really impressed! I would love to get the chance to play there!

How has being from Manchester influenced you and your music?

Well I’m not originally from Manchester, I have lived here for a good eight years or so, but I grew up in Kegworth.

That being said Manchester has had a big influence on me musically, there's so many good nights/venues/musicians and DJs around here that have put me on to many musical discoveries.