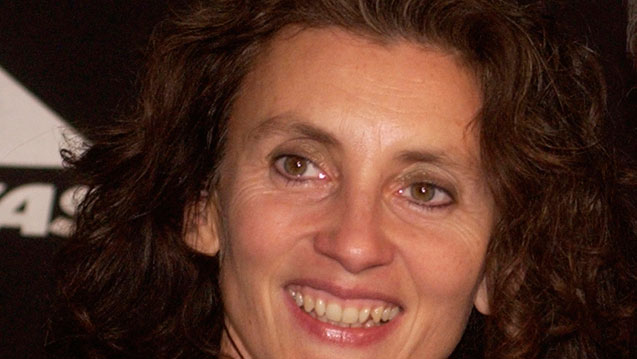 Multi-award-winning screen and pop composer Hélène Muddiman lets us in on the making of her latest score for Rita Osei's Brit teen flick Bliss!

Multi-award-winning composer Hélène Muddiman has been quietly shaping our relationship with music on the big screen for well over a decade now.

You may not be familiar with her name, but you’ve definitely heard her work. From kids’ blockbusters Happy Feet Two, Frankenweenie and Ice Age 4, to TV reality behemoth The Only Way Is Essex, Helene regularly soundtracks TV and film’s biggest moments.

Outside her screen work, Hélène has also left her imprint in pop, penning Spice Girl Emma Bunton’s top 10 tracks Free Me and I’ll Be There. She’s also written for Pop Idol winners and worked with Elvis Costello, Gary Numan and Alison Limerick.

For her latest screen outing, she teamed up with lauded film director Rita Osei to score her British teen flick Bliss!

We recently caught up with Hélène to find out more about her career to date and how the Bliss! score came about…

How did you first get into music?
According to my mum, as a toddler, before I could really talk. I waddled up to the TV, pointed at a guitar, and said ‘want one!’ She then taught me some manners! And rewarded me with a toy ukulele and I never looked back! She then bought me a toy full size, white plastic rhinestone decorated guitar, which I took everywhere with me. I even ate at the dinner table with it!

Sadly one day I stood it up in the kitchen, and it slid on the floor and smashed the neck clean off the body, which dangled from the strings as I picked it up. I was heart-broken, as I cradled my first love in my arms, my mother knew she had to bite the bullet. She bought me a proper half size guitar, which I learnt folk and classical guitar on.

But I dreamt of having a full size guitar. So I saved up my pocket money with a self-imposed sweets ration. I was about nine years old. Aged 11, I finally had enough money, and I went up to Tin Pan Alley and my first dream came true!

What inspired you to want to write your own?
I loved to improvise and make up songs, and instrumental music or 'mess about' as my parents would say. Often I still feel guilty that I am 'messing about', and that I should go and do some work... then I realise… I am working!

What led you to write for the screen?
I was signed to EMI in a pop band aged 18, and I realised that there was a lot about the music business I didn't like. So I said to my parents, ‘I want to do music, but not in the music business!’ Then it occurred to me that composing film music was a great way to be able to do many different genres of 'messing about'!

What was your big break?
So many! Firstly the government used to have a fabulous initiative called the Enterprise Allowance. Sadly this is no more, but it was a small income that allowed so many, especially artists, to hone their craft.

Having hit songs with the Spice Girls' Emma Bunton on the Gold-selling album including the title track Free Me, and the Ivor Novello Award nomination for my film score to SKIN were both achievements I owe to so many people on the way. And of course PRS, who have always been a great support. I honestly believe that all musicians and composers need the support of organisations like PRS, which collectively represents our interests and can fight for our rights and support individuals wherever they subjectively think they have found talent.

How did you become involved with Bliss?
I met Rita Osei at a BAFTA Awards event in LA. We were sat on the same table to watch the awards, both guests of the UK Film Council. There was a fun game where everyone was given a quiz sheet to predict who the winners would be, Rita was brilliant at this game, I was rubbish! We bonded!

How did you get under the skin of the script?
Being involved from very early on, and spending a lot of time with Rita, is helpful as she knows how to explain all the subtly and subtext of the script that the music needs to enhance. She is great fun to work with, and I really love the fact that she is prepared to make thought-provoking films in a movie industry dominated by sex and violence. It’s like a breath of fresh air!

How did the score come together?
It's always a question of figuring out what palette to use, which colours and textures will produce the overall image we want for the movie. Then it's just a question of budget, how are you make that happen? Will the kid’s college fund be replenished or annihilated?

We hired union musicians and recorded on one of the most iconic scoring stages in the world; the Newman Scoring Stage at Fox studios. Award-winning conductor Eimear Noone flew in from Chicago to conduct the amazing eclectic and diverse mix of musicians, who were contracted by Stephanie O’Keefe. Amongst them was Maria Newman, daughter of legendary composer Alfred Newman, who the scoring stage is named after. It was a truly magical experience.

What do you make of it now the film is being screened around the UK?
I'm delighted that this indie film is up there fighting for its rightful place in the mass consciousness, as it's a story that really needs to be told. It's not another smash 'em, whack 'em movie, it's has a poignant and hopeful message that can do some good in this crazy world! It fully deserves to be out there with the best of them.

What advice do you have for upcoming screen composers?
Don't get a 'proper job'! Live the dream…