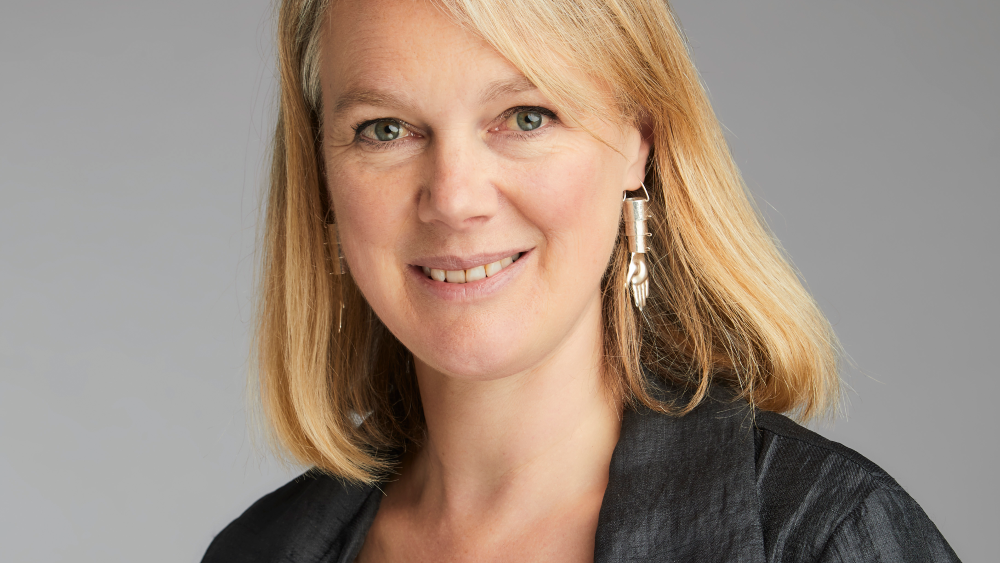 The winners of the 2020 Royal Philharmonic Society Awards were announced last night in a digital broadcast. Among the winners was Kings Place's Venus Unwrapped, a concert series that shines a spotlight on the creative fire power of female composers.

Andrea C. Martin, chief executive, PRS for Music, wrote: 'A huge congratulations from all of us at PRS for Music to Kings Place on winning the Concert Series and Events category. The spectacular Venus Unwrapped series showcased everything from classical to electronica, jazz to folk and contemporary to comedy. The series illuminated the often overlooked work of female composers throughout history and the invaluable contribution they have on our cultural identity and values.'

PRS' classical relationship manager Harriet Wybor caught up with Helen Wallace, the curator of Venus Unwrapped, to discuss the award-winning series, gender disparity in classical music and how Kings Place has had to adapt amid a global pandemic.

'What’s exciting is to see a rising consciousness across the sector that the status quo cannot hold...there is no reason for programmes to be created without reference to 50 percent of the population.'

Congratulations on receiving the RPS Award for Concert Series and Events with Venus Unwrapped! The Unwrapped series has become a favourite with audiences over the last decade; where did the inspiration for this approach to programming come from?

Our chairman Peter Millican, who founded Kings Place, invented Unwrapped. It began as a way of surveying composers, Mozart, Beethoven, Bach, through a whole year of programming, but it began to develop thematically, and embrace all our genres – in my time, we’ve explored Cello, Time, Venus and Nature. It’s a stimulating way of approaching all genres of music through the prism of history and ideas.

Venus Unwrapped explored different genres of music written over hundreds of years. How did the series evolve as you were planning it, and were there any new discoveries along the way?

The planning of Venus came at a time when a ground-breaking historical research was breaking the surface through publication and recordings. I’ve learnt so much from Professor Laurie Stras, whose recordings with Musica Secreta from medieval to Baroque women composers are revelatory, as is her history-changing book on the convents of 16th century Ferrara. I was also interested in asking artists with specialist knowledge, such as Ken Burton from the London Adventist Chorale, to dig into their repertoire and he surprised himself to find that works he knew by African-American composers of the early and mid-century were by women – having seen their initials, he’d always assumed they were by men. It was a great opportunity to explore figures in jazz history as jazz harpist Alina Bzhezhinska did with Dorothy Ashby and Elaine Mitchener with the many-faceted Jeanne Lee, and encountering the legendary Suzanne Ciani led into the whole world of women electronic pioneers on both sides of the Atlantic. I’d long wanted to showcase the music of Polish composer Grazyna Baceiwcz but the Czech composer Viteszlava Kapralova was a thrilling find. Of course, among contemporary talents, there’s such a wealth of talent, we will never be done programming all their work.

'Many classical music institutions haven’t fundamentally changed for a century, so their repertoire has only shifted incrementally, it’s still rooted in a symphonic or operatic canon that historically had no place for outliers.'

Gender inequality in classical music is well-documented, yet works by women still only make up 2-3 percent of concert programmes worldwide. Why do you think progress has been slow for some organisations and, as a sector, what can we do to change that?

Many classical music institutions haven’t fundamentally changed for a century, so their repertoire has only shifted incrementally, it’s still rooted in a symphonic or operatic canon that historically had no place for outliers. I still find it hard to believe that neither I nor my children, 30 years later, ever performed a piece of music written by a woman when I was growing up, not instrumentally, orchestrally or in choral music. That is changing quite rapidly now, but the awareness has to infiltrate every level of the music world, from primary school upwards. What’s exciting is to see a rising consciousness across the sector that the status quo cannot hold, and the resources now available, plus the number of talented living female composers, mean there is no reason for programmes to be created without reference to 50 percent of the population.

You’re receiving this accolade in an exceptionally challenging year for live music. How have you adapted to the current situation at Kings Place?

It’s certainly been a year like no other: devastating and clarifying in equal measure. We rely on income from our business events company to operate, and they have been unable to operate since March, so the loss has been severe. We adapted quickly to running an online archive programme during the first lockdown, which then morphed into our Culture Clinics from August to September, where creative musicians gave 15-minute concerts to groups of up to six people. By September we were able to open up the halls to a socially distanced audience, with live-streaming on our KPlayer platform. Welcoming audiences and artists back in was a joyous experience, and I treasure the memory of all those concerts. We raced to put in as much as we could when the November lockdown came into view, and now we are having to transform ourselves into a broadcast production company, running closed door live streams. But I’m glad to say that right now our spaces are being used by musicians for rehearsals and recordings – and even to broadcast concerts to festivals across Europe, as the Riot Ensemble have done.

'Composers like Anna Meredith, Kerry Andrew, Shiva Feshareki or Hannah Peel have shown us new models of what it is to be a composer, regardless of gender.'

Do you think COVID-19 will change our perceptions of the traditional concert format?

Absolutely. We started running hour-long programmes before the pandemic, but they are now the norm. Repeating concerts at different times is something social distancing has forced, but is actually working well for musicians and audiences. Intimate concerts for small groups have also produced very intense experiences, we don’t want to lose that sense of connection. I’ve felt a palpable hunger for live music from people coming in to the hall and just desperately needing to be in the same space as others listening, so whatever we do next, we must find a sustainable model for presenting concerts that benefits everyone, and filming and streaming may well continue to be a part of that.

What advice would you give to early-career composers, particularly women, when promoting themselves and their music?

I wish I had a magic formula, but I can only pass on what I’ve learnt from all the women composers we spoke to during the series. Believing deeply in your own work is critical, and finding those friends and mentors who understand what you are trying to do. Having really good musician colleagues who will perform your work is almost as important: those may be friends for life. For some, taking part in the performance of their work gave them the control they needed; many advised that learning to conduct was key. In other genres of music, of course, the performer and the creative are one person, and that can be the best-selling tool. Composers like Anna Meredith, Kerry Andrew, Shiva Feshareki or Hannah Peel have shown us new models of what it is to be a composer, regardless of gender.

Find out more about Venus Unwrapped.