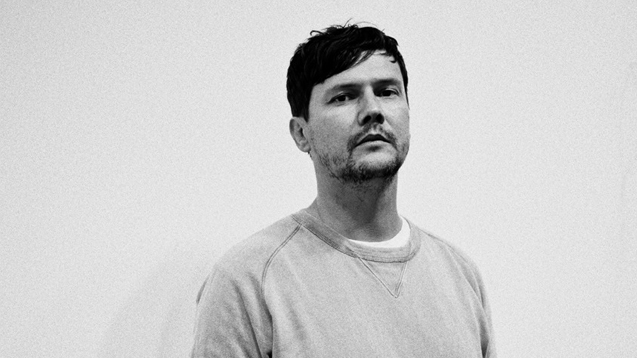 However, you want to bill Sean Johnston, his ability to wrap his music around the smokey pulse of late night dancefloors is hard to rival.

Whether it be on his own in the studio as the Hardway Bros or as one half of the A Love From Outer Space club night (alongside Andrew Weatherall), Sean has been doing much for dance music's more cosmic regions over recent years, mixing up balearia with tougher technoid styles.

With a new release incoming via the ace Throne of Blood label and a summer of DJing ahead, we grilled him on dancefloor roots, latest projects and what the future has in store…

How did you get into electronic music?

I think it was programmed into me from an early age. Being of the generation who's formative years were the, (ahem), seventies, back then kids' TV was full of the most amazing experimental sounds. The BBC Radiophonic Workshop were producing loads of stuff that just excited me and the radical soundscapes of Dr Who were rendering me terror stricken behind the sofa on a weekly basis. For example, Philip Glass was on Sesame Street.

We had the radio on in our house a lot and I remember hearing things like Chicory Tip’s Son of My Father, Telstar by The Tornado's, M Pop Muzik and Magic Fly by Space and all of them having an impact on me.

By the time I started secondary school I had developed a taste for science fiction and acquired a Sony Walkman. The first pure electronic music I bought was probably Oxygene by Jean Michel Jarre. My teenage years were soundtracked by The Human League, Depeche Mode, Visage, Japan and Gary Numan. Being of the north I started hearing house music in about ‘85.

What/who first inspired you to start making/producing your own music?

I had started DJing at The Welly Club in Hull (alongside Steve Cobby) and continued when I moved to London. A lot of the DJs I met in the acid house years were making music and it seemed like a natural step. I had a friend called John Precious who had a fairly well equipped home studio and I did some work with him and Ben Harding from The Senseless Things. After this I did some work with a synth duo called Lattitude who were signed to Nude and an Irish electro-pop act called Baby June which featured Peter Cunnah before his success with D:ream. At some point in the early nineties my friend Rich Johnstone landed a job as a Tape Op at Berwick St studios and my other close friend Jake Davies was working at Whitfield St. This allowed access to a world of almost unlimited downtime with the best gear imaginable. At the time I was pretty much sleeping at Berwick St and working on ideas and just learning stuff all the time.

What’s your favourite clubbing experience as a dancer? And as a DJ?

That's a difficult one, there have been so many. As a dancer - just that feeling of being completely lost in the smoke and strobes and that feeling of being ‘inside’ the music. At Barbarellas in Croatia as the sun comes up, listening to David Mancuso playing James Brown at The Loft, Jeff Mills at Lost, Adrian Sherwood playing Dub Syndicate at the ICA, in a basement in Old Street, on a rooftop in Brick Lane, on a beach in Goa. All these moments will be lost in time...

As a DJ, I’ve been fortunate to play at some truly amazing events. If I had to pick one moment, it would probably be the first time we did A Love From Outer Space (ALFOS) in the main room at the sadly defunct Trouw in Amsterdam. Perfect room, perfect crowd, perfect soundsystem.

You’ve got the new Pleasure Cry EP emerging on Throne of Blood … can you explain a little bit about it – where it was made and what’s the thinking behind it?

My next EP is an exercise in going forward through the prism of my musical influences. The previous releases on Throne of Blood had explored my interest in the dance music of the eighties - new beat and primitive electronics. This time I wanted to look at sounds that had captivated me in the early nineties (house and balearic) and give them a modernist spin.

Pleasure Cry is a collaboration with Sarah Rebecca Krebs. It’s all Reece bassline and modular noise and was recorded in London and Paris (vocals at David Shaw’s HMS Studio). The remix is by remixers du jour, Tuff City Kids (Gerd Janson and Philip Lauer) and was recorded in Frankfurt.

Argonaut was written and recorded in Hackney specifically for ALFOS boat party in Croatia and salutes the early nineties sound of my partner in crime Mr Andrew Weatherall.

MY PNO pretty much does what it says on the tin - a modern take on the eternal piano house anthem.

It’s just been a constant process of learning to improve my craft. I’ve been fortunate to have worked with some very talented people who have taught me a lot and am fortunate to have supportive people around me like Andrew, Scott Fraser, Tim Fairplay, Ewan Pearson, Craig Bratley and Duncan Gray who listen and offer constructive criticism. One just has to really learn how to listen.

Have you any advice for new and aspiring producers?

Which new artists are currently exciting you?

Some of the next wave Tel Aviv artists like Naduve and Autarkic are making some exciting music. Khidja from Bucharest are really exciting and from Germany Die Wilde Jagd are touring an amazing LP. Closer to home the aforementioned Duncan Gray is releasing some great music on his Tici Taci label.

In terms of music I have been co-writing and producing Sarah Rebecca Krebs’ album which is coming together really nicely and I expect that will see the light of day next year. After that I will start to work on new Hardway Bros material and take on some remixes.

In terms of DJing I’m looking forward to Farr Festival, Wilderness Festival and Electric Elephant over the course of the summer. Convenanza in the castle at Carcassonne in France once again rounds off the festival season – Silver Apples, Optimo, Red Axes, Woodleigh Research Facility and the usual suspects. Should be fun!

Listen to teasers for the new Pleasure Cry EP below.