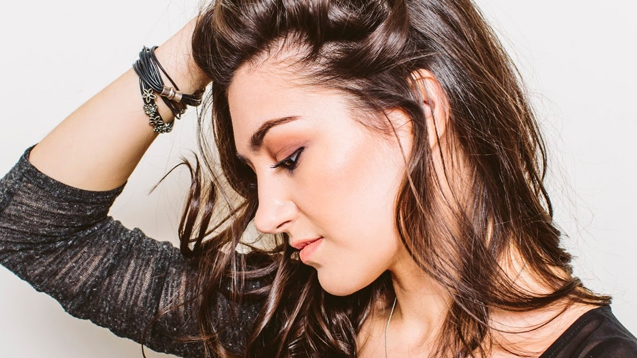 Leeds songwriter Hannah Trigwell has gone from busking to YouTube singing sensation. We plot her journey in our new interview…

The self-taught singer-songwriter first found fame across the globe through uploading videos of her performances to YouTube. Having garnered 70m views, numerous top ten international singles, including two number one singles in Laos and Vietnam and more than 500,000 total followers online, Hannah’s musical journey has been a unique one. We caught up with her to find out how it’s happened…

I taught myself to play guitar around the age of 15, then started busking on the streets of my hometown (Leeds) when I was 17. It was nerve-wracking at first but it seemed like a good way to get my music heard and get myself a local following. During university when I discovered YouTube I would post up my versions of popular songs to reach ears which were further afield. Then came the touring!

Who or what inspired you to start writing your own songs and music?

I was inspired by the music my parents would listen to - The Eagles, the first Norah Jones album, M People ... I wanted to be able to create something that sounded beautiful and evoked emotion like that. I wrote my first song shortly after learning guitar, but I've always loved poetry.

At what point did you realise you were onto something with your music? What was your break?

When one of my videos on YouTube got 5,000 views in a day I thought ... something is happening here, I should pursue this! Around the same time I was starting to be taken seriously on the local music scene, I was playing a lot of small gigs and seeing familiar faces in the crowds which was so cool.

How important was busking to your musical career?

It was really important. Not just because it was how I got started. It gave me performance experience, I got street-wise and I grew in confidence, so the transition from singing songs in my bedroom to performing on a stage was made a bit smoother via busking.

How do you approach the creative process? Have you ‘a way in’ to writing your songs?

I'm definitely more of a lyricist in the writing process. I generally like to start with music before lyrics, and then lead melodies come to me ... I really enjoy co-writing too. For me, the creative process is a lot better with plenty of sleep, and plenty of tea available.

Much is made of how you have grown your fan base online – could you explain a little about this? How did this take place and what inspired you to start uploading your videos?

I think initially I didn't really know what I was doing. YouTube was so new, I just wanted to be part of it, and share with the world the music that I had been crafting in my bedroom. I quickly realised that posting regularly was important to draw in a loyal following, and quality consistency as well. I tried to make every video I posted relevant and current - I would cover some older classic songs but always adding my own sound and then follow up with one of my own songs.

How can an artist stand out online? There’s obviously a lot of music on the web - how can an act make an impact?

I think five years ago it was a lot easier, there weren't so many people spreading their music on the internet but now there are many. For me, it seems like the songs that I really believe in do much better, as opposed to starting with the idea of 'this needs to be popular or viral'. Obviously a viral hit is great, and the quickest way to cut through, but if 'viral' is the aim, it's probably not going to work. The way I have found to stand out is to not try too hard to stand out ... just be yourself, make some awesome music and share the process with the people who support you.

When did you first realise your approach to your online presence was working, and when did it first translate into impacting your gigs/streams/sales?

It was a slow and steady process for the first year or two, and then the growth was rapid and exponential. It first translated into sales and more people at gigs when I finished my degree and started to pursue music full-time, I was making more behind the scenes videos to keep people with me on my musical journey and I had made an effort to focus on gigging more, so there were more opportunities for people who had watched my videos to come and see me play.

Which new artists are you getting excited by?

I love MUNA lately. Loudspeaker is on repeat! And I'm a big fan of Frances.

Have you any other tips or words of advice for new and aspiring songwriters?

I would say just take as many opportunities as you can. And of course do what you want to do and make music you feel passionate about, that's the most important thing, everything else comes after. Also, if you meet another songwriter, why not ask to write a song together? Collaborating can be amazing.

I'm on tour around the UK in May which I'm super excited about! After that I will be in Germany recording the next few singles I have up my sleeve! I've been just writing for a while so I'm itching to release the songs now. More fresh music, more music videos, summer festivals ... it's looking good!

Watch Hannah perform new single Brand New Day live below and look out for her on tour in May.