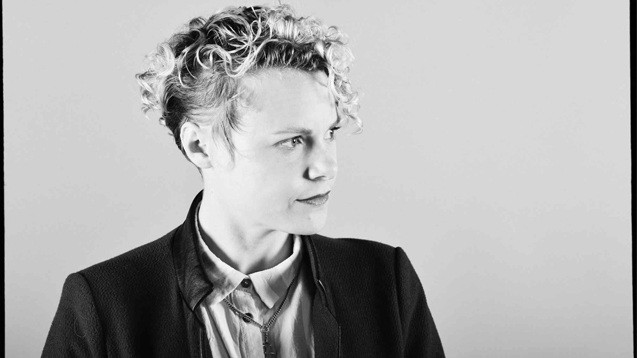 London DJ and producer Hannah Holland on electronics, club culture and worshipping at ‘the church’ of Berghain…

As a DJ, promoter and producer, Londoner Hannah Holland has spent the past decade and more learning what makes dancefloors tick.

Initially rising to the top of the capital’s club scene as a resident at scuzzy late nights like Trailer Trash and Batty Bass in the mid-noughties, Hannah and her music surfed the wave of electronic-genre crunching, moving into production and remixes.

Since then, she has continued to DJ and release music, constantly varying her styles and taking her sound across Europe and beyond. While's she always been eclectic, much of her music is characterised by its energised blends, bringing together colourful explosions of house, techno and bass. Ahead of her forthcoming set at Berlin’s infamous Berghain, we caught up with Hannah to talk all things dance…

Music was always around growing up. My mum and dad had loads of records, a lot of which I ‘borrowed’ when I bought my decks - Grace Jones, Kraftwerk, Talking Heads to name a few. My first experimentations with making music took place when I was aged 14. I joined my friend’s band, having only ever learnt the bassline to Smells Like Teen Spirit. That got me in! We rehearsed every Sunday and played loads of gigs with original material around Camden Town. All of us still make music in some form 20 years later. That’s one of my experiences. Another is around the same age, maybe a little younger, with some older friends who were really into jungle. Pirate radio stations, bomber jackets and vinyl were all part of it, and a big spark lit in me in those early days.

What were your first clubbing experiences?

My first ever was probably sneaking into Metalheadz aged 14. That place blew my mind. Raves at Bagleys in Kings Cross in the mid-nineties were some of the first I went to, it was a totally intriguing world to me. My fake ID was very handy in those days.

What made you want to start DJing/producing?

As I started going clubbing from such a young age, I was completely hooked and felt like I just literally wanted to touch the music. I bought decks and started collecting records in my late teens, encouraged and taught by some older friends. It was such an incredible physical feeling being on a dancefloor with the right music and I wanted to share it.

Producing started much later. I had dabbled in it, but DJing was where my head was at. It was only until I started my night Batty Bass in 2006, that I really discovered my sound. It felt very natural to start making my own tracks.

You’ve been a mainstay in clubs for some time - is the electronic/nightlife scene in the UK and Europe in good health?

There are always huge line-ups and more festivals than ever when you look at today’s European nightlife scene, so yes I’d say it’s healthy. Although seeing the same names for most festivals and big clubs is a little unimaginative.

How has the sound of your productions and DJ sets evolved?

My productions constantly evolve, it’s always a learning curve for me. I love working on different forms of music, I also produce and co-write for a band where 70 percent is live instruments. I’ve just finished working on a score for a theatre production, the sound design was based on the stairwell in Berlin’s infamous Berghain. DJ-wise, I guess it’s a consistent evolution and a history lesson too.

As a producer, how do you approach the creative process?

I will listen to a bunch of tracks that inspire me, often not even house music. And I will try to interpret bits I like, typically starting with the bassline. This will come back to learning to play bass as a kid. I would literally play along to records to figure out the basslines. Basically that’s always my starting block, then it just takes on a life of its own. I like to incorporate soundbites, usually from films, that reflect people or ideas that I’m interested in.

I’m working on various EP releases of my own productions, which will be out over this year, including a collaboration with Josh Caffe. Working on an album with the band Black Gold Buffalo, a three-piece who fuse many styles. We all come from very different musical backgrounds and cite ESG, The Smiths and Santigold as influences. I’ve just finished making a soundtrack for a mixed media theatre play with the East London Session Players. I've also just had an EP out on one of my favourite labels, Classic Music Company, which is a dream come true. I'm also involved with youth music projects at The Roundhouse in London, which I also love doing, it's important to me to be able to share knowledge and skills.

What are the top three tunes you never remove from your DJ box?

What’s been your best clubbing experience either as a dancer or as a DJ?

Berghain/Panorama Bar in Berlin, the experience is like no other, the building itself is a trip. People go there like it’s church, real music fans, made by people who really care about their scene. I’ve been many times as a dancer, and I finally get to play in March, which is a real honour. The Loft in New York blew my mind. This is David Mancuso’s club which started in the seventies and still happens a couple of times a year. It’s a totally family, neighbourhood, spiritual experience, truly beautiful. As a DJ, my favourite experiences would probably be my former residency club gigs, Batty Bass and Trailer Trash.

Rumour has it, that you’ve moved out of London - if this is true, how has it had an impact on your music?

Which new artists are really doing it for you right now?

Have you any advice or words of wisdom for aspiring producers/DJs?

Find your own voice and practice all the time, mastering your craft, decks, equipment, software. Don’t be afraid to be different and don’t give up. It’s a long slog to get noticed and recognised but if you follow your passion, it will come to you.