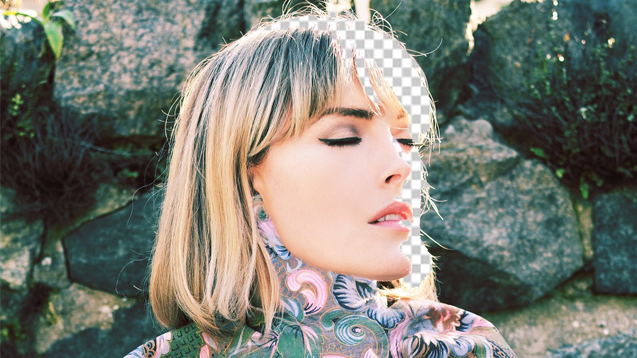 On paper, she’s right. There aren’t many songwriters singing in Welsh using their music to explore concepts of dystopian futures. But it’s her winning way with a hook, a motorik rhythm and beguiling melody that has seen her debut LP Y Dydd Olag receive critical praise, get picked up by Heavenly Recordings and win the Welsh Music Prize.

Gwenno’s latest guise is a sign of a creative rebirth and a new confidence in tackling her Welsh identity head on. We caught up with her to discover more about music making, Wales and why the best songs happen when you don’t compromise…

I was brought up speaking Welsh and Cornish, plus other Gaelic languages in the house. I wasn’t raised on Anglo-American pop so that sort of music was quite distant. Our family was about practical music making - we used to sing at the traffic lights at the weekend when we were in town. We had a song about the green man and the red man, how the green man should come out and the red man stay away. Those are my earliest music memories, that kind of musical playfulness.

When did you start making your own music?

It was in my late teens. I was an Irish dancer in Las Vegas before. I was kind of getting a bit bored dancing the same thing every night and started really getting into music, the Beatles and Elvis to start, plus a lot of UK electronic music, bands like Portishead, things like two-step and speed garage, as well as Welsh bands. Until then, all the bands I’d grown up were only bands you’d know about if you lived in Wales and spoke Welsh. But with all the Catatonias, Gorkys, Super Furries, suddenly they were part of the international music community. This door had been opened for underground Welsh music to the mainstream.

I knew I wanted to make music as I felt I’d never get to the bottom of it or fully understand it. With dance, I felt like I’d mastered it to a certain extent. So music offered me more potential to express myself.

You were in the Pipettes - how did that shape your perspectives on the music industry and how you wanted to be perceived as a solo artist?

It presented a lot of music to me, which I really love now and hadn’t heard before the band. I’m a huge melody and pop fan. In Cardiff before I joined, it was all very much post rock, very male music. I felt like the Pipettes were very empowering. Through them I learned a lot about girl groups and other alternative artists that had pop sensibilities. The KLF, acts like that. I was like, yes this is all the music I’ve been searching for, and it’s really influenced what I’m doing now in terms of musical inspiration.

What drew you back to Wales after living in Brighton and London?

Every artist has a different pace at which they can work. I lived in Dalston in London and used to look at my window at all these different cultures and music. I really wanted to soak it all in and turn it into something but I always used to feel really claustrophobic.

I moved back for many reasons but also because I found Cardiff to have enough energy but also enough space to let you think about things. The pace of my music reflects that. I could just never quite create to the best of my abilities in London for some reason. I could enjoy it but not creatively.

Your album is inspired by Owain Owain’s 1976 sci-fi novel of the same name? How did you find the book?

I found it online on this blog about oddities of Welsh culture. I don’t think it was particularly popular at that time. Many people couldn’t deal with it as it was so forward thinking and very sci-fi and it wasn’t very romantic. It’s in Welsh too. I just felt that scientific accomplishments weren’t something that we celebrated too much in Welsh culture. We tended to celebrate bards and harpists more than these innovators. So it fitted in with my ideas around the industrial revolution informing Welsh culture.

What is it a challenge to fit the themes in and around the music?

I loved it. I saw Broadcast as an inspiration. There were no flourishes or anything unnecessary in their music, it’s almost a protestant approach to writing, very stark and practical. I was really interested in doing that in Welsh and using science terms to talk about society. A lot of female Welsh language singers can also be very emotive, which is something I’ve never really related to it. It’s taken me until now to get the confidence to do it differently.

Have you been surprised by the reaction to it?

Yes very much so. When you create something you just focus on that really. It’s a pretty niche genre Welsh and Cornish sci-fi concept albums. You wouldn’t think that’d do well. But that’s the point, you’re trying to make something different. It’s a document of a perspective, a moment in time.

Have you started working on new material?

Kind of. But I’ve just had a baby. So just getting back into it. You’ve got to give yourself time to be creative and take other people’s things in - books, cities, films, it’s quite easy when you’re promoting an album to forget about that. But the whole thing has been very encouraging. Good things happen when you don’t make any compromises. Music is all about communication but in many ways, just focusing on what you want to make is actually the best way to do it.