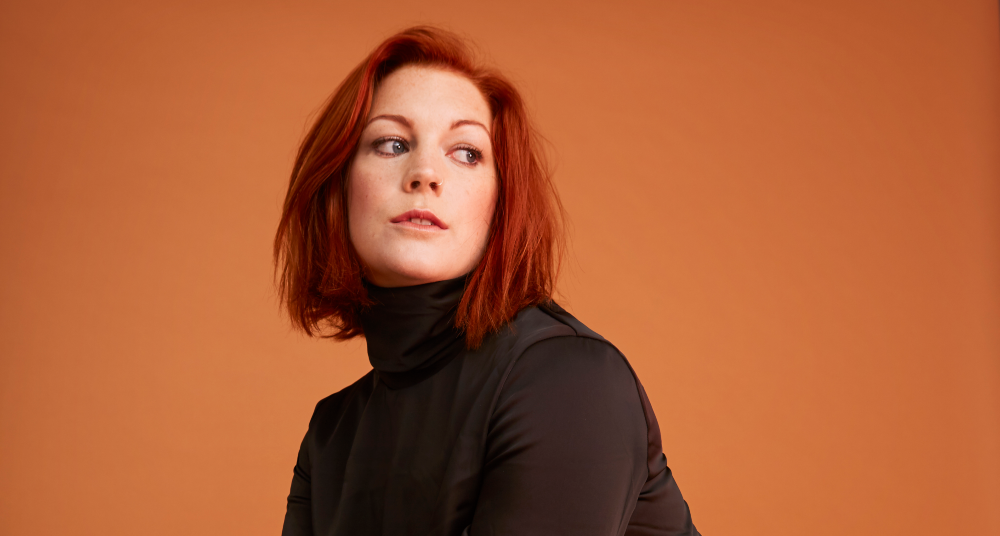 ‘Being able to say I was a Momentum funded artist has given me a sense of validation and worked as a great stamp of approval to secure further opportunities.’

London-based artist Grace Savage has been on the circuit for a while now. A multi-award-winning beatboxer, Grace always appeared to make light work of commanding space in a very male dominated industry.

Despite initially wanting to dispel any notion that navigating the world of beatboxing as a female could be difficult, Grace later explained in an astute and compelling Tedx Talk that it didn’t take long for her to experience the misogyny bubbling beneath the surface. You can watch her brilliant Tedx Talk in full below.

Fast forward to 2020 and Grace is making waves as an electro-pop artist, delicately intertwining her two of her biggest talents, singing and beatboxing. Having received the highly sought after PPL Momentum Music Fund, Grace is now on the cusp of releasing her Instinct EP, due out 5 June.

We caught up with Grace Savage, to discuss her latest single The Thing, staying creative during lockdown, her Tedx Talk and much more.

Hi Grace, thanks for taking the time to chat to us! Where are you holed up at the moment?

I’m in a wee flat in South East London with my partner, my dog and just enough outside space to do some cartwheels in.

Have you managed to create much music since you’ve been stuck indoors?

I’ve been focussed on promoting my latest release so have been preparing the live versions of each song and have been doing a lot of geeking out on marketing and digital strategy webinars. I’ve probably spent more time making content calendars and learning how to use the Facebook advertising platform than I have been making new music! Who knew lockdown would turn me into an admin freak? I even finished my bloody 2020 Tax Return!

Have you found any unexpected sources of inspiration in lockdown?

I’ve started running. I’ve always played sports but was never a runner. I’ve done three 5k runs in the past week and have got myself some proper running shoes which was very unexpected. I also made a kitchen sink live session where I had to recreate one of my own songs using only kitchen utensils and consequently spent about 2 hours trying to find the right size glasses to tune to the key of G sharp minor, or whatever it was.

Do you have any advice for other songwriters trying to stay creative during the crisis?

My main advice would be don’t put pressure on yourself to create a masterpiece and don’t listen to all the noise online. Do whatever feels good and if that is cleaning out your cutlery drawer or learning to paint or cook or sit and stare at a wall for ten minutes, then do that. Be kind to yourself. For me personally, having one task to complete every day has been handy, it feels achievable and gives me a sense of satisfaction when I get to tick it off, but I am a to-do list obsessive. I’ve never been a very spontaneous person and I rely on creating my own structure and routine in order to function in my very non structured lifestyle. I also found turning my phone off on Sundays has been a great thing to calm my mind and be free of distractions. Good books are The Artist Way and The Frustrated Songwriters Handbook if you’re up for it!

You received the PPL Momentum Music Fund. Can you tell us what impact that had on your career as a musician?

It’s been great! It gave me the ability to release a high quality body of work as a self-releasing independent artist (which is hard to do with no money) and following the funding I’ve landed my first Spotify Editorial Playlist, performed to a packed tent of 500 at Glastonbury, had interest from publishers and received extra support from my distributor, so things feel like they are moving in the right direction. Being able to say I was a Momentum funded artist has given me a sense of validation and worked as a great stamp of approval to secure further opportunities.

Can you tell us a little bit about your Tedx Talk and you felt it was important to talk about your experience as a woman in the world of beatboxing?

I was initially asked to just provide some ‘light entertainment’ in between talks as it was a particularly heavy set of topics that day but then the producer said ‘unless you have something you really want to talk about?’ and even though the idea of doing a Ted Talk terrified me, I said yes. I had been carrying this feeling around with me that I couldn’t shift ever since I had won the UK championship title (with beatbox partner Bellatrix) and I knew it was a bigger issue than just my own, so I felt it was important to talk about it. I had an overwhelming response from other female beatboxers around the world and turns out, I wasn’t wrong, a lot had experienced similar issues and it was good to open up a conversation about it in the community.

You strike a delicate balance between beatboxing and singing during in your previous single Falls The Heart. How difficult has then been to execute both in your new music and your career in general?

It’s been an evolution. I started out just doing beatbox routines and then I got a loop satiation and slowly started experimenting with singing and looping my beats and then naturally as the songwriting became a bigger force in my life, the beatboxing became an additional skill rather than the whole show.

I try and blend the two with everything I do now but as an artist I am driven by storytelling, melodies and songs and see beatboxing as something that elevates things and brings them to life. When I’m performing with my full band, I like to think of beatboxing like my secret weapon that I can pull out to impress people but it’s not the main event.

It’s a funny one because beatboxing is either seen as really cool or really lame depending on who you are asking (and who is performing) so it can sometimes been disregarded as gimmicky in the music industry but I still think it is one of the most fascinating and hard earned skills out there. It will always be a part of me though. I love it.

Can you tell us a bit about your latest single, The Thing?

The Thing was co-written with James Yuill and we wrote it in his studio. I wanted to make something a little darker and a little harder than some of my previous material so James did exactly that on the production. I wrote the song about feeling discontent with the monotony of life, that feeling you get when you think ‘there must be more than this’? How do you find deep meaning and purpose in this modern life without religion? I had just finished reading Yuval Harrari’s Sapiens so I was probably feeling a bit inspired by my own nihilism.

What can we expect to hear from your forthcoming EP?

You can expect to hear a lot of female collaboration! There are two featured artists on the EP, Lady Sanity and Shay D and the whole EP was mixed by Barney Barnicott (Sam Fender, Jungle, Dan Croll). I’ve taken a slightly darker tone with the whole sound and every song follows the theme of instinct in some way. Falls The Heart is about following my instinct to be openly gay and not hide my sexuality, The Thing is about searching for instincts in a society where they feel lost or dampened, Open Up is about not suppressing your instincts and letting yourself be emotional (this is a song for my Mum) and Strange is about listening to or having a lack of maternal instinct as a woman who has just turned 30 and how society views you. So, it’s all very personal!

What else do you have planned for the year ahead, coronavirus permitting?

I have just been offered an exciting job for the end of the year in the theatre which I’m not allowed to shout about yet but fingers crossed theatres will be re-opened by Christmas. I plan on learning how to master the MPC ONE I just bought and including it in my live set up as well as creating my own productions. Apart from that, probably about ten million more zoom calls!

You can listen to Grace Savage’s latest single The Thing below.