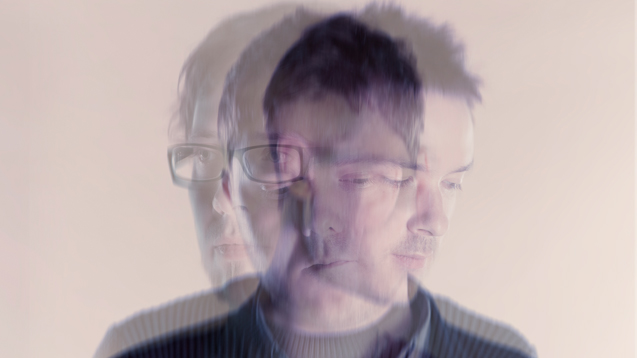 Manchester’s GoGo Penguin on jazz, Mercury Prize nods, their new LP and what it means to hook up with Blue Note…

Musical innovators GoGo Penguin are a Mancunian trio using their music as a channel to share their passions for Aphex Twin, jazz and everything bubbling inbetween.

The trio, pianist Chris Illingworth, bass player Nick Blacka and drummer Rob Turner, have been toying with people’s musical expectations since their well-received debut LP Fanfares in 2012. The outfit have continued to keep critics fawning over them, with their Mercury Prize nominated v2.0 and now latest effort, Man Made Object, this time released on the legendary Blue Note imprint. We caught up with Chris to talk jazz, nominations and what it means to hook up with the label…

None of my family played an instrument but for some reason we had one of those old electric organs in the house. I used to really enjoy playing around on it and making tunes so when I was eight my parents got me some piano lessons. I was hooked straight away.

What made you want to start writing/composing your own songs/music?

I began playing bass guitar when I was about 11 and started a band with some mates at school. We were all into Nirvana and Smashing Pumpkins so we started playing covers but pretty quickly decided to have a go at writing our own tunes. They were probably not the best compositions but I think that was what got me interested in writing my own music.

What drew you together as GoGo Penguin?

We've known each other for ages and played together in different bands in the past, just not all three of us together in the same band until GoGo Penguin. It was a bit strange really but when we started rehearsing it just seemed to work straight away. We all share the same idea of what we want the band to be and I guess that's why it works.

Your new LP is Man Made Object - could you explain a little about the creative process behind the record? What were you aiming to achieve?

It tends to be that one of us will bring an idea to the group - it might be fairly developed and formed or just a fragment of an idea - and then we develop it together. This was pretty similar to how we developed the tracks on v2.0 although on the new album we sketched our ideas in different ways. For example, Rob wrote using Ableton or Logic and was bringing very electronic sketches which we then interpreted together acoustically with our instruments. It was all about keeping the essence of the sketch and then bringing each of our individual personalities in. Protest is another good example of how we changed our methods. I wanted to get away from the piano to see what I could find from a very different, new perspective to what I was used to and ended up making the initial sketch on my iPhone using a drum machine app. The main thing we wanted to achieve was to create a snapshot of who we are right now. 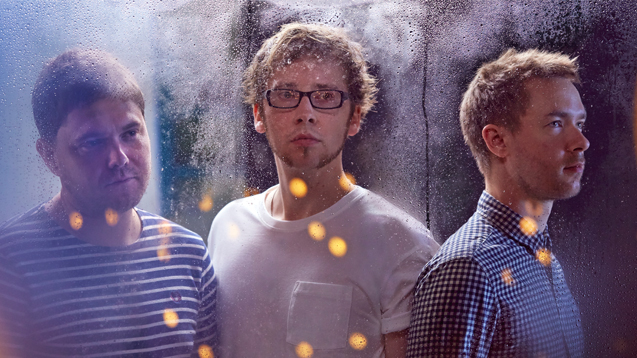 How have you grown as songwriters since you started out?

It's tricky for us to tell as changes happen so gradually and subtly but I guess to people outside of the band, listening to what we do, the changes are probably clearer and more obvious. We're always trying to push ourselves both individually and as a band so I'm sure we've improved as musicians but there's no finish line - there are always new ideas to try and experiences to take inspiration from.

How did the hook up with Blue Note take place?

A couple of days before heading out to play a gig at Überjazz in Hamburg our manager told us that Don Was, the head of Blue Note, was coming to see the show. He came with Nico Pflug who's the head of Blue Note France and we had a great time chatting with them after the gig. Turns out they really liked it and not long after there was an offer on the table. Safe to say it's a gig we won't forget easily!

Which new artists are you tipping for success?

We're currently on a UK tour and our support is Daudi Matsiko, he's an excellent singer and guitarist, definitely worth looking up. And there's a Manchester-based band called Henge who you've got to check out, no idea how to describe them in a few words, just go have a listen.

You were obviously nominated for the Mercury Prize - what did this do for you and your musical career?

It got our music out to a whole load of people who might otherwise have not heard of us or listened to our music so it was definitely a great experience for us and did a lot of good for the band.

What are your thoughts on the health of British jazz? Are there plenty of opportunities for new/emerging musicians?

I think it is in good health. There are a lot of great jazz musicians in the UK and there always seems to be plenty of the young generation of musicians finding an interest in it. We incorporate a lot of styles and influences in our music and people often find it difficult to cover what we do with one label but there is definitely an element of jazz within our music. I think the fact that many 'jazz' musicians in the UK and abroad are blurring the edges and combining all of these styles and genres is doing a lot of good for the scene.

Have you any advice to new and aspiring songwriters/composers?

Get all of your ideas sketched out, recorded or written down and don't dismiss them no matter how small or insignificant they might seem at the time. It's great when you're on a creative streak and it seems like ideas are flowing but it can be really frustrating and disheartening when the opposite happens. You never know when one of those fragments or sketches, that could have easily been scrapped and forgotten, will come in handy and be just what you need to get moving again.

We've got a pretty full on schedule of touring this year so the near future is mainly gigging. We're touring France after our UK run and then in April we're playing Coachella and some other dates in the US, Germany and Japan. We had a lot of fun last year writing and performing our live score for Koyaanisqatsi and working with Lynne Page and her dancers at the Barbican so I'm sure there'll be more projects like those down the line. When we can find the time we'll start sketching new ideas for the next record.

The band will be playing at KoKo in London on 5 May. Get your tickets now.