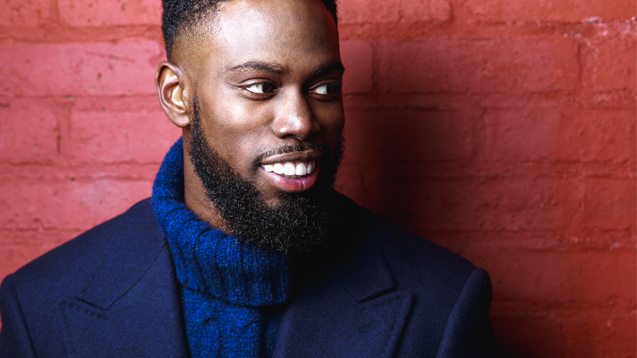 Justin Clarke is Ghetts, one of grime music’s most potent musical voices.

In his early thirties, this mike man is the link between the first wave of the scene and newer voices such as Stormzy and Novelist.

His debut LP, the much acclaimed Rebel With a Cause, did much to put Ghetts on the map, an ace collection of tunes showing off his winning way with words and a unique and breathless flow.

Now, with the help of producer Rude Kid, he’s continuing to blossom into an exceptional artist with latest tracks, particularly One Take and You Dun Know, among his best yet. We caught up with Ghetts to get his take on his music, grime and why the scene has never been fitter…

I was from one of the places grime originated from so a lot of my friends were already big MCs when I was at school. I always admired what they did. I was a bit younger than them, like 19 at the time. I used to study them so it kind of took off from there.

Who were the artists you looked up to?

What was it about that music that made such an impact at the time?

It was an evolution from garage, a reflection of the times. Grime was darker, and had a lot more substance to it, it was a lot angrier. It was a reflection of what was going on at London at the time.

Rebel With a Cause is your debut LP - how important is a full length album as a grime artist?

For me, it’s very important because like I kind of feel that the two albums are landmarks history are [Dizzee Rascal’s] Boy in Da Corner and [Kano’s] Home Sweet Home. I feel like albums, even though they don’t sell as much as they used to, they’re important man. Artists need to make bodies of work, as to me that’s your story. It’s a chapter out of your autobiography. You know what I’m saying. And a lot of artists aren’t able to make bodies of work. Longevity is in the bodies of work. A lot of people connect with you through them. For me it’s the difference between having a core fan base and a fickle fan base.

Basically in November I did this 653, a project which is six tunes, five days, three videos. I did that with Relentless the drink. So big up Relentless. Rude Kid made all the beats on that and this track, One Take, is absolutely going off. That’s absolutely crazy and good to see people taking to the tune like that. This year I signed a label deal with Believe Distribution for Radio Records. You Dun Know is the first record for the label. I’ll be looking to build that up over the year, releasing more singles via them. I reckon an album might be coming towards the end of the year.

I feel like there’s no restrictions. Not that there has been before but because grime is the current climate right now, I guess I feel more free to run wild so to speak.

How have you evolved as a writer?

I’m weird, I go through phases where I like deep kind of music. Then moments when I love club tunes, more energetic music. I’m going through that time again when grime is brand new to me. The kids that are doing have restored it with young blood and it’s very inspirational to see. That’s how I honestly feel.

Why is grime back in the spotlight?

Things they come, they go, they come back around again. A lot of music is like that. I can’t really pin point exactly why that’s happened.

As a grime artist, what sustains you?

What pays me? Grime has always done so. I’m one of the few who has been blessed with a loyal fanbase which enables me to live off music. It has done for ten years. Live shows, PRS - big up PRS - CD sales, publishing, it’s enabled me. I’ve been blessed in this way.

Is it harder now for artists to break through?

I don’t know man – I’m speaking from my perspective. There was no social media when I started. I started so long ago, there wasn’t even YouTube. It was word of mouth. Pirate Radio was where it was at. And that was massive. Massive. I’m talking about tapes going from London to Glasgow, on TDK via word of mouth. You had Sidewinder which was a big part of our scene at that time. And Eskimo Dance which is still a big part now. That’s how I got about.

Any words of wisdom for new artists?

That’s gonna be you?